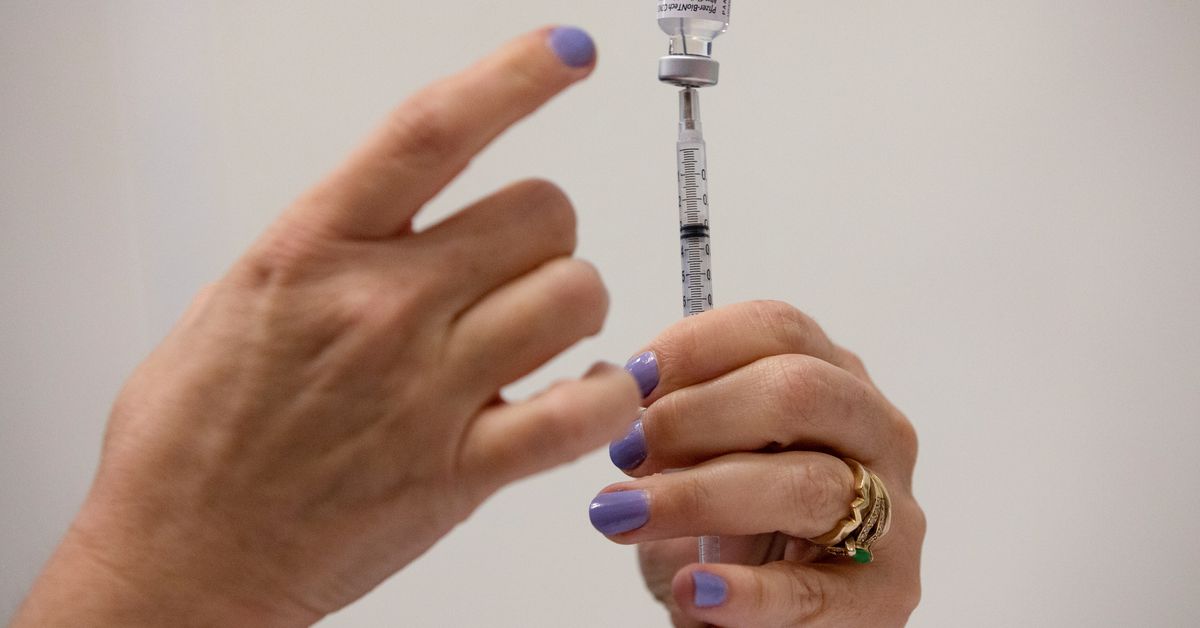 90% of U.S. federal employees have received at least one dose of COVID-19 – White House

WASHINGTON, Nov. 22 (Reuters) – The White House confirmed on Monday that more than 90% of the 3.5 million federal employees covered by a presidential mandate on the COVID-19 vaccine received at least one dose of the vaccine before the date Monday limit.

In total, the administration estimated that 95% of federal workers are in compliance with its requirements in that they have been vaccinated, are completing their vaccinations, or have a pending religious or medical exemption request, the White House said. .

Officials declined to disclose to Reuters the total number of fully vaccinated federal employees, but said the “vast majority” of the 90% received both doses.

Register now for FREE and unlimited access to reuters.com

The numbers suggest relatively high vaccination rates for federal employees compared to the U.S. population as a whole, and underline the administration’s efforts to get every American vaccinated in a bid to bring COVID-19 under control.

Officials stressed that the final numbers will change as employees continue to submit documents until the deadline later Monday, and all employee submissions may not yet have been processed. However, the figures suggest that potentially 175,000 federal employees may not be vaccinated and are not yet in compliance with the rules.

The administration has repeatedly stated that it will not immediately seek to suspend or fire unvaccinated employees. Officials said that the fact that thousands of employees have not yet complied will not affect vacation travel or government services.

“Already 95% of (US government) employees are in compliance with the President’s vax requirement. There are no disruptions related to the requirement; we will avoid COVID-related disruptions through vaccinations. hui, this is not a cliff and we will be working with the employees, ”White House spokesman Kevin Munoz said on Twitter.

They added that nearly 99% of Federal Bureau of Investigation employees were in compliance.

On November 1, the Pentagon said 97% of the active-duty force had received at least one dose of COVID-19.

The vaccination mandate imposed by President Joe Biden in September does not cover federal employees of the judiciary, legislature or the US Postal Service.

The White House told agencies that for non-compliant federal employees, agencies should begin “a brief period of education and counseling” lasting five days. If employees do not “show progress towards full vaccination,” this “should be followed by a short suspension” of up to 14 days. If an employee gets a first hit, agencies are urged to end any disciplinary action.

Officials are confident that at the start of the disciplinary process, an increasing number of federal employees will be getting vaccinated.

On Wednesday, the White House Office of Management and Budget will release agency-by-agency data on employees who have been vaccinated and those who follow the rules of 24 major federal agencies like the Department of Defense, Department of Transportation, Health and Social Services and others. More detailed data will be released the following week.

Register now for FREE and unlimited access to reuters.com

Spotlight on startups: from Cityzen to Public Input, CEO talks about its evolution and future