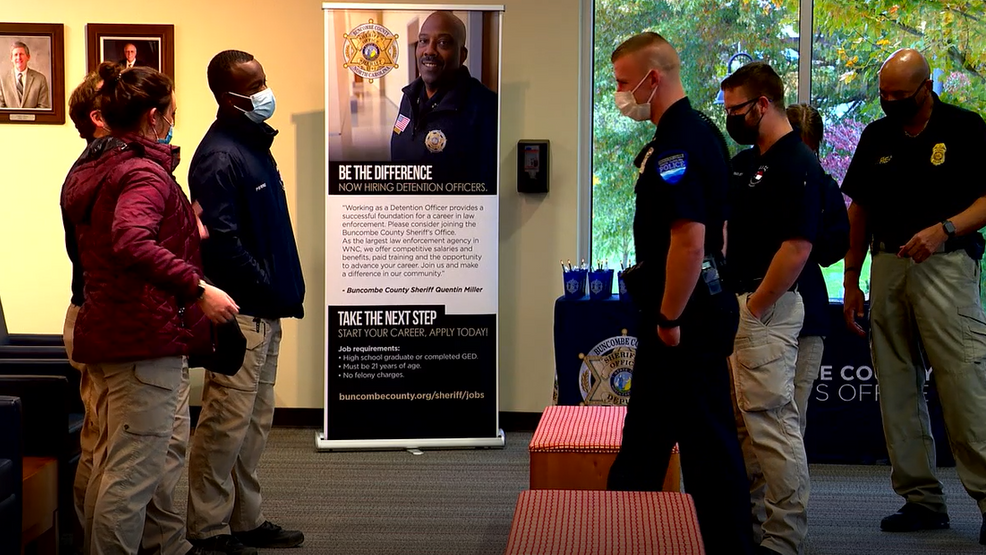 Just this week, the Asheville Police Department reopened its headquarters lobby. The lobby has been closed since May due to a lack of staff.

“We are seeing statewide and even nationwide a decrease in interest in law enforcement,” said Marty McNeely, director of law enforcement training at AB Tech.

AB Tech offers Basic Law Enforcement Training Course, or BLET, which is required to become an officer in North Carolina.

“This course is designed to provide the student, graduate with the basic knowledge, skills and abilities that would enable them to function effectively as an inexperienced law enforcement officer in North Carolina,” said McNeely said.

According to McNeely, AB Tech notes a drop in the number of registrations for training, which may lead to a decrease in the number of candidates in local services. Nineteen AB Tech students will complete the training on November 17th. Another session will start after the first of the year.

In hopes of stimulating applications, the City of Hendersonville is offering a signing bonus of $ 4,500 to city employees, including first responders.

“It could give us an advantage over someone applying to another agency,” Hipps said.

#ProtectJennie & #LeaveJennieAlone Trending as a fan rents a billboard asking BLACKPINK for Jennie on a date! : K-WAVE: Korean portal