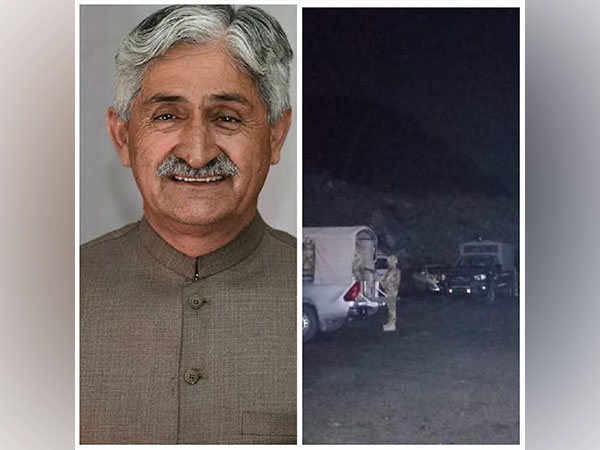 A Pakistani minister from the occupied region of Gilgit-Baltistan, Abaid Ullah Baig, who was kidnapped by militants on Friday, has been released after negotiations, media reported.

The abduction took place on Friday evening as he was traveling from Islamabad to Babusar. However, later, after negotiations with the activists, Baig was released early Saturday morning, Pakistani media portal Minute Mirror reported.

According to the media portal, the militant commander Abdul Hamid had put a condition on the release of the Pakistani minister. Hamid gave the government of Gilgit Baltistan 10 days to demand the release of gunmen involved in terrorist incidents such as the Nanga Parbat incident, in which ten foreigners were killed.

Citing sources, media portal Minute Mirror said the activists’ demands will be discussed within a legislative structure. Following the incident, the roads to Gilgit have been cleared and the trapped vehicles are now allowed to move to their destinations.

The media portal, citing law enforcement sources, said that another of the activists’ demands was respect for Sharia principles by banning women from participating in sports.

Earlier, former Gilgit-Baltistan government spokesman Faizullah Faraq said negotiations with militant leaders were taking place in the Thik Jal area and that he and Islamic scholars were present at the Jirga, said reported the portal citing Faraq’s statement to the media.

A local police officer attributed the whole episode to rising sectarian violence in the area. “Sectarian tensions from the recent past have snowballed into the current situation, we hope the situation will be resolved soon,” Minute Mirror quoted the policeman as reporting.

Disclaimer: This post was auto-published from an agency feed without any text editing and has not been reviewed by an editor