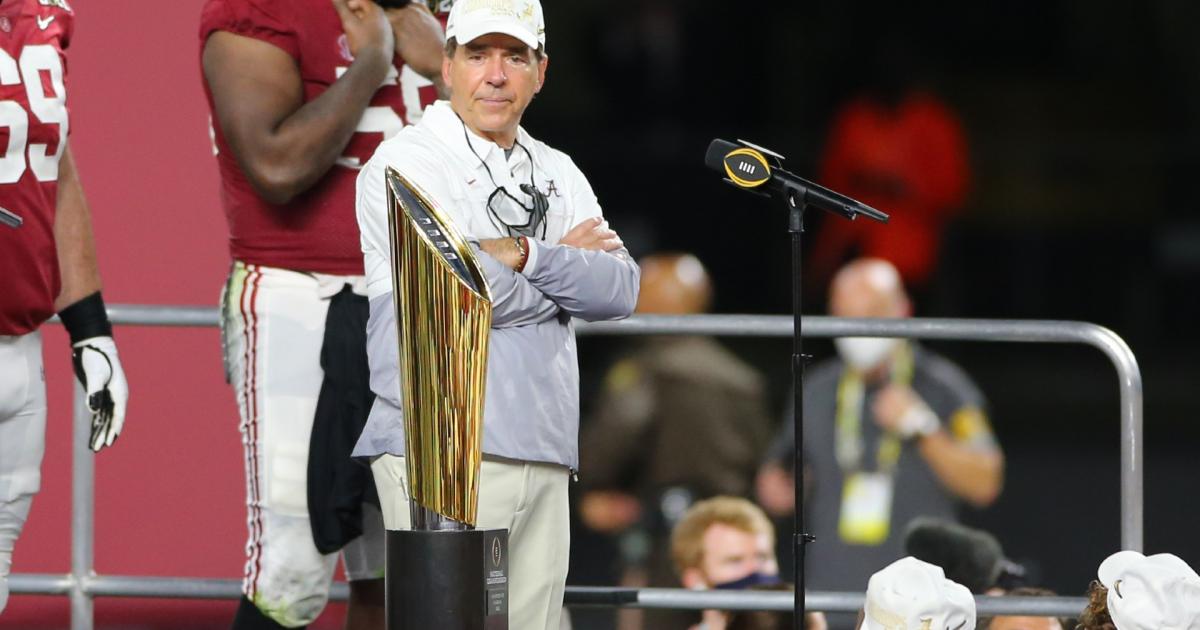 When the college football season starts, it usually looks like the team that wins the national championship will be one of the few 130 FBS teams. Nick Saban thinks that shouldn’t be the case.

The Alabama head coach told SEC Network’s Paul Finebaum this week that he would like to see college football return to more parity.

“Everything in college football has always had parity. Same scholarships, same tutoring, healthcare, whatever. And I don’t think we have that balance right now, which could affect football parity. college and college athletics as a whole,” Saban said. “I know we have a lot of good people working on it and I’m sure they’ll find a good solution for us.”

“One of the things I love seeing us being able to come back to is that everything at BFC has always had parity.”

Saban has built a dynasty in Alabama since being hired in 2007. He led the Crimson Tide to six national championships. During his tenure, Alabama did not go more than three years without winning a title.

Saban can’t do much from his position. If he stops recruiting the best talent in the country, one of the other flagship programs — Ohio State, Clemson, Georgia, Oklahoma and others — will add those five-star prospects.

The BCS wasn’t much better for college football parity. Between 1998 and 2013, only 11 different schools have won a title.

The last school to win its first consensus national championship in program history, as per NCAA designationwas Florida State in 1993, when it won the first of its three national titles.

BEVERLY MODELS: REALIZING THE IMPORTANCE OF TRUE INCLUSIVENESS AND DIVERSITY TO BECOME THE BEST MODEL AGENCY IN THE WORLD

The bathing water season starts for 2022