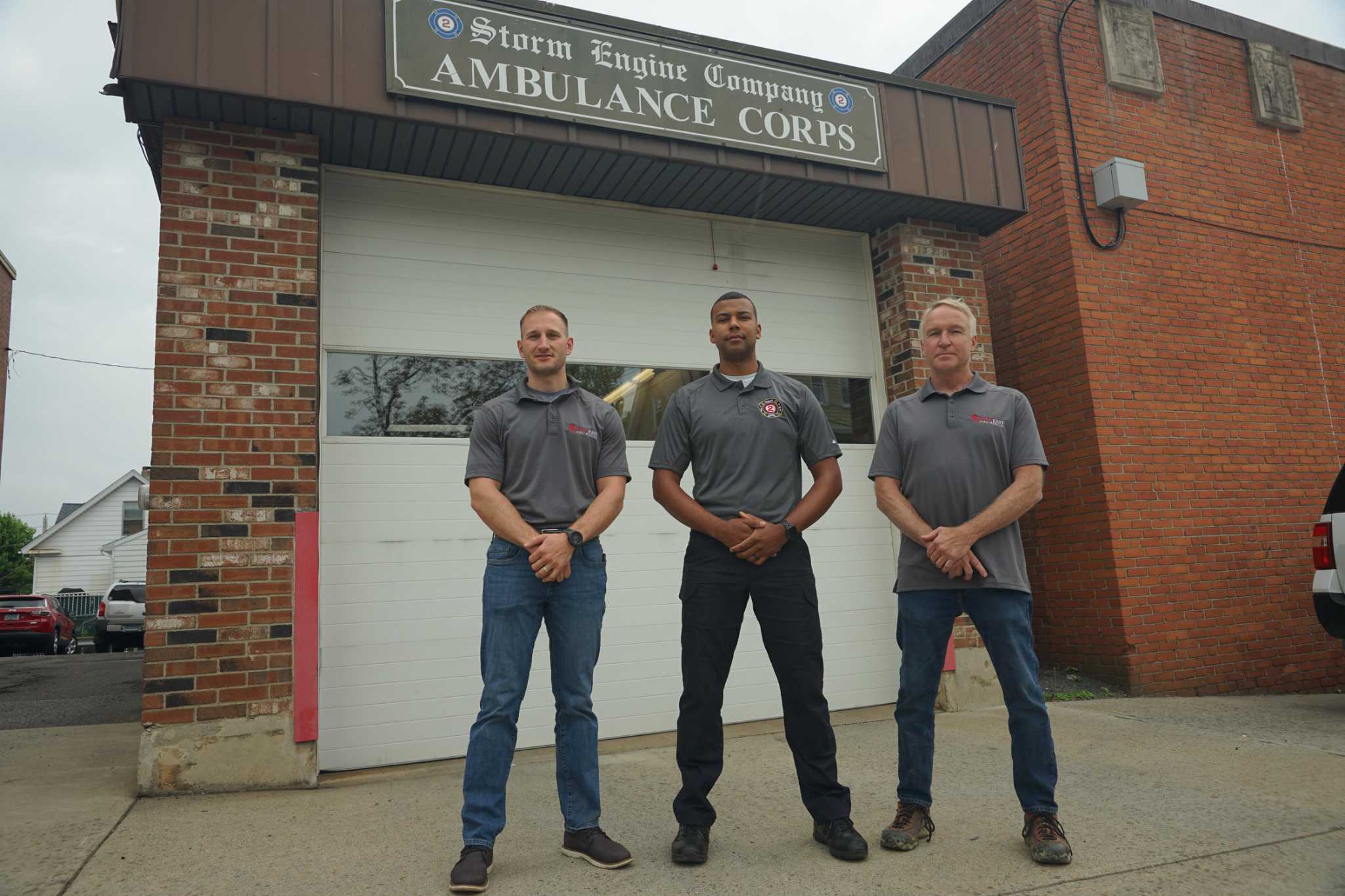 DERBY – A new EMS staffing agency has recently teamed up with the Storm Ambulance Corps in Derby to help provide paid paramedics as the corps responds to an increase in emergency calls.

“We’re planning on about 15 employees to help fill the number of positions and shifts the chef is asking us to cover for them,” said Northeast Fire-Rescue co-founder Tom Varanelli.

The Ambulance Corps announced the partnership on May 14, but Chief Javonte Ramos said the decision to partner with a new staffing agency came sooner because their current partner was unable to provide enough staff to meet their needs.

“We believe they are going to provide the services we need to members and the community,” Ramos said.

While the ambulance corps has 69 members on its roster, Ramos said there are currently 25 active members.

Varanelli said Northeast Fire-Rescue, which is based in Harwington, is currently interviewing candidates for corps vacancies. Ramos said the ambulance corps expects successful applicants to start on July 1, but said some shifts aren’t covered so they could start earlier depending on need.

The contract between Storm Ambulance Corps and Northeast Fire-Rescue is for three years with the possibility of extending it for an additional year. But Ramos said the body had been using a recruiting agency for 20 years.

“And COVID was almost the straw that broke the camel’s back in many ways. This has catapulted many organizations into needing additional staff or looking for additional staff,” Varanelli said.

While the ambulance corps serves Derby, the corps is not a government body and only receives money from the town, Ramos said.

“One thing that people sometimes don’t realize is that we are a separate entity. We are not firefighters. They are two completely separate organizations. We appreciate all the funding the city gives us. It gets us through, but all of our income is based on billing and fundraising,” Ramos said.

The Storm Ambulance Corps is staffed by volunteers and while firefighters respond to emergency calls, Ramos said not all firefighters are EMT certified. The need for more EMT increases as the summer months approach, Ramos said. More people are out, either driving or doing outdoor activities, increasing the likelihood of an accident. But while Ramos said the current supplier was unable to find enough paramedics for Derby, he said it also had to do with the overall hiring environment.

“Many agencies are struggling not only for volunteers, but also for paid paramedics. I think it’s just the environment we find ourselves in. I don’t really know the exact reason, but I think it’s just hard to find help wherever you go. Right now it doesn’t matter if it’s EMS or any type of organization,” he said.

Varanelli said he was trying to raise the EMT salary.

“We are in the process of looking to raise the salary to a higher salary than was previously allocated or provided to paramedics here. We really try to encourage performance review and incentivize employees who will go above and beyond and truly serve the community to the best of their ability,” Varanelli said.

The extra help, said EMS captain Chris Jensen, will do for the volunteers.