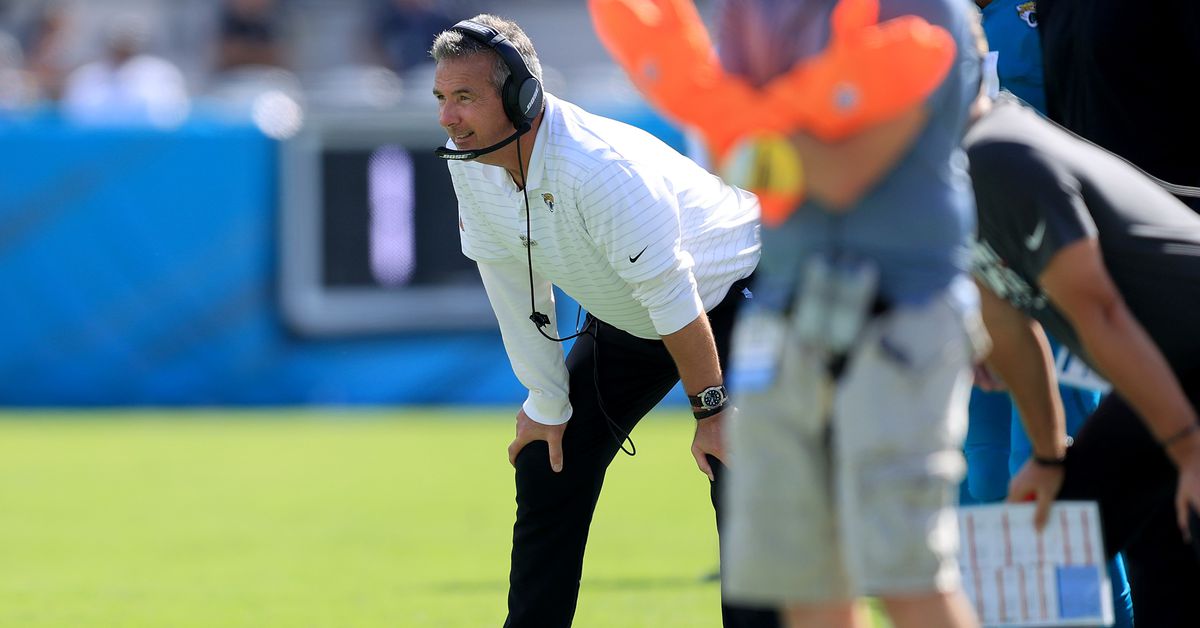 BCC Q&A: Did Urban Meyer save his job by winning in London?

It is Friday Saturday and you know what this ways! It’s time to answer some questions from the Jacksonville Jaguars!

Q: How fun would this week have been if Gardner Minshew had been traded to the Seattle Seahawks?

A: Now that we’re out of the playoff race, that would have been a lot of pleasure. If we really needed a win, not that much. I think Gardner Minshew is a better quarterback than Geno Smith. But we would have had some great quotes this week, I’m sure.

Q: What do you think of the Jaguars for next year? The whole debacle with Urban is all but forgotten, the Jaguars seem on course to beat a terrible Seahawks team, and we still have games to win.

A: I am not convinced by the coaching staff or the front office. The offseason this year has been pitiful. Free agency gave us some good players and the NFL draft was Trevor Lawrence and very little else. The coaching staff always seem out of their element on match day – although I admit that the bet at the end of the London win was a great choice in hindsight.

Overall, I’m still not convinced by Urban Meyer next season. Not yet anyway. And that doesn’t inspire much confidence for 2022.

Q: I haven’t seen anyone mention it, but Quincy Williams is enjoying what looks like a pretty solid season for the New York Jets. Do we regret letting him go for nothing?

A: Probably, but that has less to do with Quincy’s playing quality than with the seriousness of that linebacker group for the Jaguars. Quincy is probably a solid replacement and a special teammate who could have had a few good years with this team. But that should tell you something when he hits the bench as soon as Jarrad Davis returns.

Davis is not the future with the Jets. At least not yet. He has a one-year contract with a base of just $ 3 million. If he had signed a long-term contract, of course. But the Jets won’t advance to the playoffs and Davis immediately reclaims his spot. Williams is fine, but he’s not the most impactful defensive player the Jaguars have let go of this season.

Q: I know winning games helps, but do you think Urban saved his job by winning in London?

Q: Do you think we’ll finally move on from the still injured DJ Chark at the end of the year?

Q: If you could trade for one player, who would it be and why?

A: Hmm. Maybe Michael Thomas? Or a tight end. But next year’s free agency crop looks good for both positions and I don’t see this team dipping their toes into the NFL commercial pool again this year. (Hello, Chris Godwin and Mike Gesicki.)

Q: Should we trade for a wide receiver like Allen Robinson or Odell Beckham, Jr.?

A: I wouldn’t trade for Beckham, but I would love to have a guy like Robinson in my top four. He’s been looking a little slow this season, which is understandable for a guy who has been given a pretty crappy quarterback until this season. But I think we see the kind of offense that Urban Meyer wants to perform and best for Trevor Lawrence – vertical, down the field, tough grips in the middle. At this point in their two careers, Robinson is doing it better than Beckham.

That’s what Robinson was forced to do with mediocre quarterback play at best on his first go-around in Jacksonville. Now he would have a real top quarterback (or at least a guy who goes there) who sees the field and makes better shots than any guy he’s played with.

Opinion: To truly beat Covid, Biden must fill these jobs