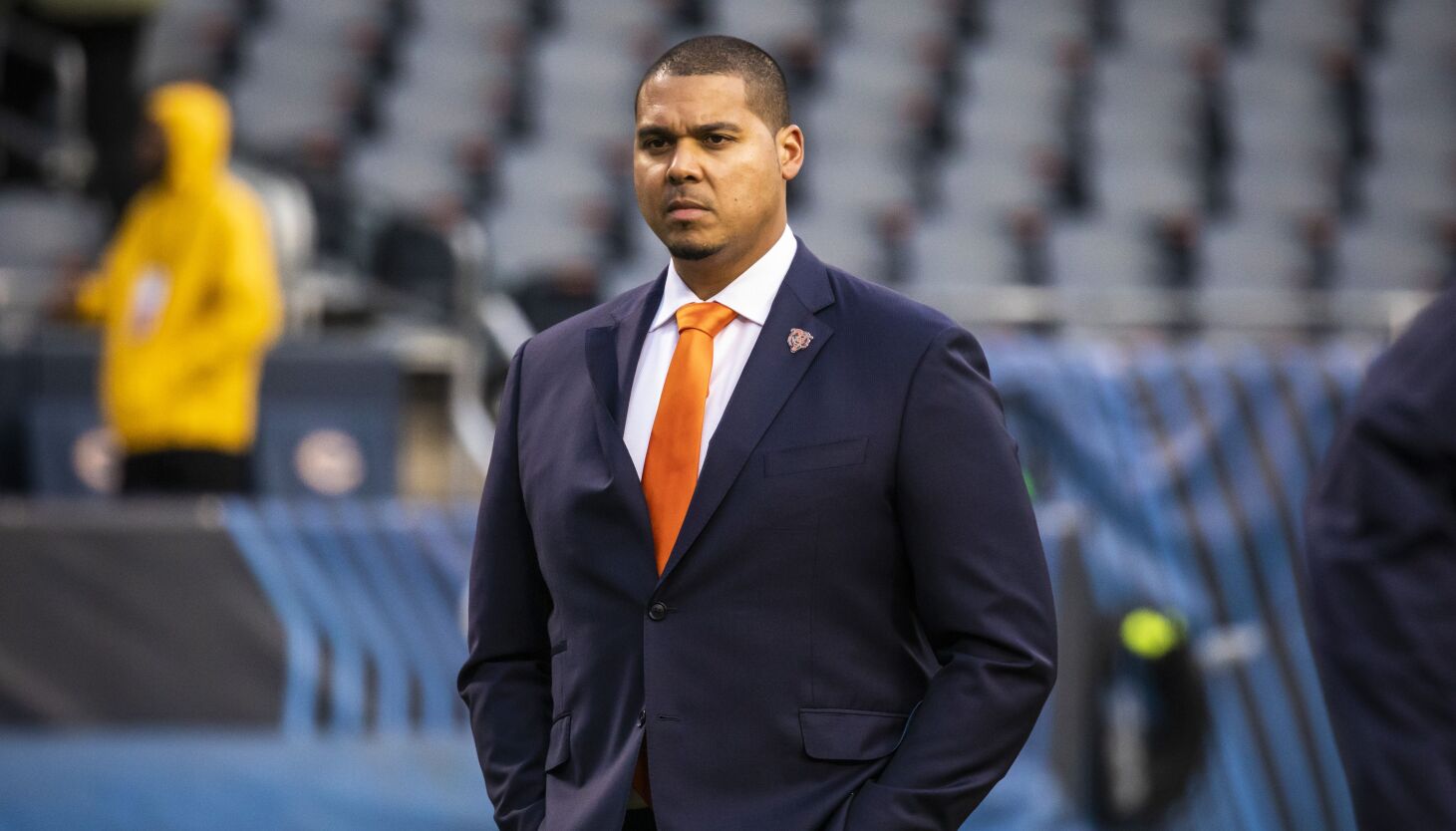 The hallmark of GM Ryan Poles’ rebuilding of the Bears has been his discipline. It will take at least another year to see if his plan is prudent, but there is no doubt that he has followed the path he charted when he took the job in January.

It’s been to his detriment, it seems, in free agency when he’s only made budget-friendly signings at the offensive line and wide receiver rather than aggressively fortifying those positions to better facilitate the progress of the quarterback Justin Fields.

But in the case of defensive end Robert Quinn’s trade to the Eagles for a fourth-round pick on Wednesday, the Poles reiterated that he was looking far down the road with the rebuild. He didn’t fall into the trap of believing the Bears were better than their 3-4 record after the Patriots’ thrilling breakout.

It’s still a rebuild. And Poles is a realist.

It’s a key distinction between him and his predecessor, Ryan Pace.

Pace couldn’t or wouldn’t see what most people knew about his recent Bears teams: They weren’t close. His inability or unwillingness to accept this led to the mess the Poles had to clean up. Seeing clearly, rather than seeing what you want, is essential at work. These are facts, not feelings.

This is another test that the Poles passed. The longer he worked, the smarter many of his moves seemed.

He’s staked his job on hiring coach Matt Eberflus, who continually passes on his skills. He played hardball with linebacker Roquan Smith and won. And now he’s weathered the emotional rush of a big win and held steady in his plan for 2023 and beyond.

“At the moment it’s tough because you lose a guy who’s a captain who we all voted for, but you understand they have business upstairs and they have the best interest of organization going forward,” tight end Cole Kmet said Thursday. “You get that, but it sucks to lose a guy like Rob.”

Poles talks about leading the Bears as he will for the next decade, and while this franchise isn’t known for giving GMs time, his actions followed his words.

Here’s what the Poles have planned for the upcoming offseason: a full slate of draft picks for the first time since 2016, plus the fourth-round Quinn trade and a salary cap of $125.7 million, the best of the NFL.

That’s nearly double the next highest team, the Falcons, and while he’ll spend some of it on Smith, wide receiver Darnell Mooney, cornerback Jaylon Johnson and possibly Kmet and running back ball David Montgomery, the Poles will still have plenty of resources to add talent. .

A reasonable schedule for the Bears is to use this season to break free from bad contracts, compete for the playoffs next season and move into a real contention in 2024 – it all depends, of course, on whether Fields is their quarterback from franchise rather than having to reset this pursuit in the draft.

But make no mistake, it was the season to tear it down and start rebuilding.

Pace had that chance after the 2019 season, but convinced himself the Bears were on the rise when it was quite the opposite.

Poles’ bears are on the rise, but the important aspect for him to assess is how fast they are moving. This is still a multi-year rebuild, regardless of Monday’s win, and to deviate from that approach would have been a mistake. As good and loved as Quinn is, it always made sense to trade him. If there’s a criticism, it’s that the Poles didn’t do it sooner.

As first-time GM, Pole has yet to prove to everyone that his plan is right, but he has already shown beyond any doubt that he is determined to do so.