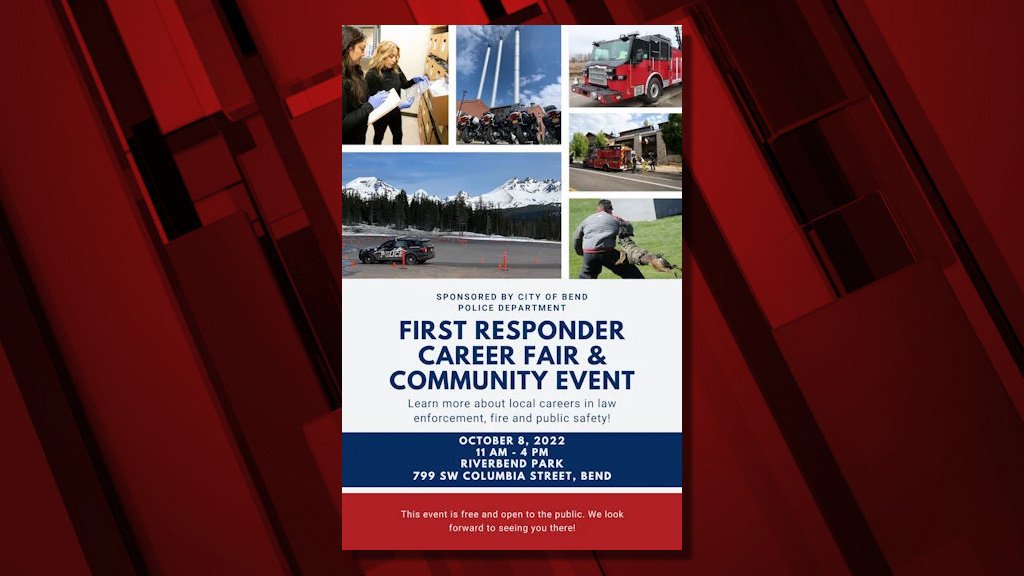 BEND, Ore. (KTVZ) — Bend police are hosting their first job fair on Saturday, and it’s not just for their department, but for several other local agencies trying to fill vital positions — police officers, doctors, firefighters and others involved in community safety.

The first responder job fair and community event takes place on Saturday. About 10 agencies are participating, hoping to answer questions about what they do and encourage people to apply for openings.

The event will take place from 11 a.m. to 4 p.m. Saturday at Riverbend Park.

Bend Police Communications Manager Sheila Miller said Friday: We’ve lost a few officers for quite a while. So it’s just an opportunity for us to grow our ranks.”

I asked Miller if the staff shortage had affected their response time.

“I think our agents are doing a really good job responding to service calls, and it’s good to have a full team,” she said.

Miller added that they are hosting the job fair for people interested in law enforcement, so they have a chance to see what it’s all about.

The Black Butte Ranch Police Department is no longer participating in the event, due to a staff shortage.

There are currently six full-time officers and one part-time unsworn community service officer working for the department. He is looking to fill a seventh full-time officer position. Administrative Director Jessica Rich said it was a side opening that was released on September 14.

Bend Fire & Rescue will have an interactive ladder truck on site, and Bend Police is implementing an Oregon Physical Aptitude Testing Course (ORPAT).

“We’re going to have a policeman on a motorcycle there, a drone operator to show how we use drones in law enforcement, and a SWAT vehicle,” she said.

AirLink will also be present with a helicopter.

‘Trouble’ over Hawaii volcano, no sign of impending eruption