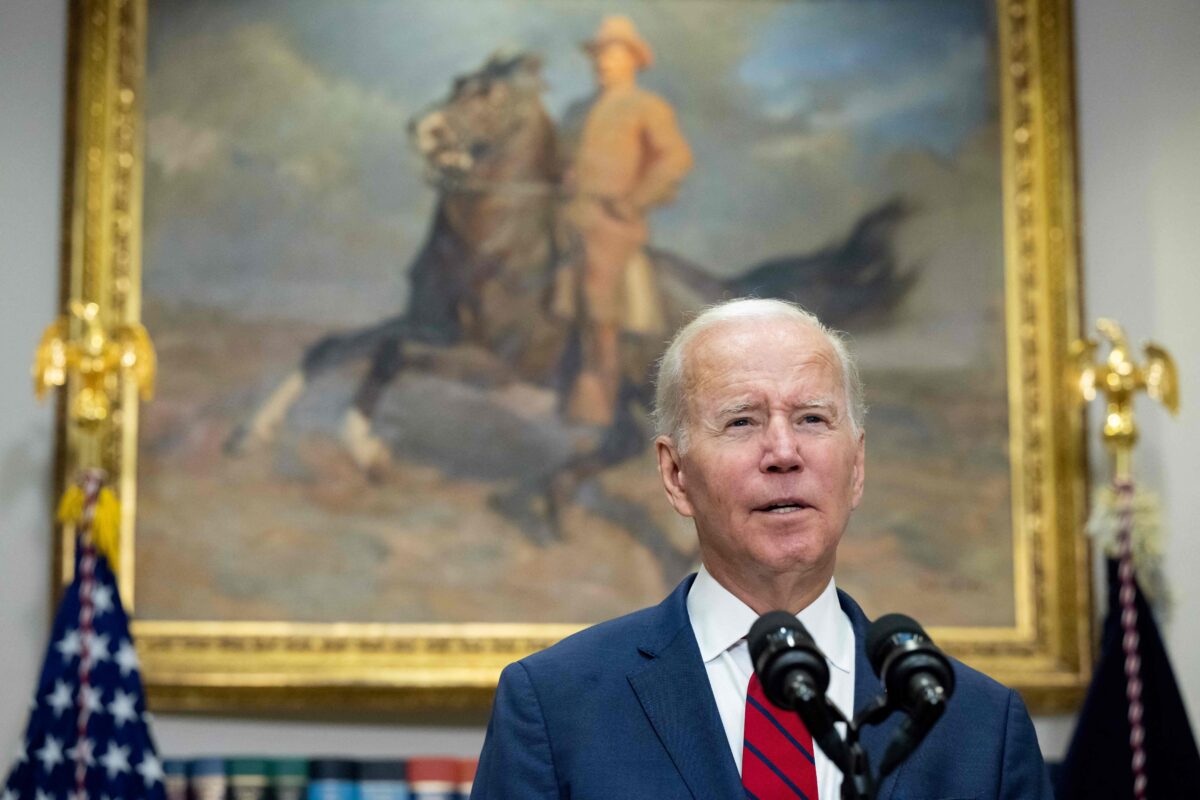 According to “Partnering with Federal Agencies to Advance Racial Equity,” a document (pdf) published by the nonprofit Race Forward, the Biden administration’s new race agenda is on track. Trainings, meetings, and new policies promoting racial equity — including potentially tying federal salaries to racial goals — have already taken place at many federal agencies.

In January 2021, one of President Biden’s first executive orders, “On Promoting Racial Equity and Supporting Underserved Communities,” directed the federal government to “pursue a comprehensive approach to advancing equity for all, including people of color and others who have been historically underserved, marginalized and affected by persistent poverty and inequality.”

While racism has been part of American history since Columbus, racial discrimination has been illegal under federal law for 58 years.

So what does Biden’s executive order mean by the pursuit of “racial equity”?

According to Race Forward, the New York federal employee training nonprofit, “racial equity is a process of eliminating racial disparities and improving outcomes for everyone.” The goal of racial equity, according to the Race Forward website, is to create “measurable change in the lives of people of color.”

“Sounds like Karl Marx,” Wyoming Congresswoman Liz Cheney wrote on Twitter at the time, in response to Harris’ video. “A century of history has shown where this path leads. We all embrace equality of opportunity, but government mandated equality of outcome is Marxism.

At a White House press conference following the signing of Biden’s executive order, Susan Rice, director of the United States Domestic Policy Council, underscored the broad scope of this push for racial equity, calling it an “unprecedented whole-of-government initiative to integrate racial equity into federal policies, programs and institutions.

“Each agency,” Rice said, “will place equity at the heart of its public engagement, policy design, and program delivery.”

“An equity agenda on this scale has never been attempted to date,” said Chiraag Bains, deputy director of the Domestic Policy Council for Racial Justice and Equity.

According to Race Forward, Biden’s executive order “resulted in the development of racial equity action plans across 90 federal agencies,” with the pilot project “focusing on the Department of Housing and Urban Development (HUD) for the implementation phase.

This is all part of Race Forward’s “Federal Initiative to Governing for Racial Equity,” to provide strategic support, learning opportunities, frameworks and tools for change through ongoing dialogue with agencies federal. The goal of the program is to create lasting change for racial equity in the structure, policy and practice of the federal government.

In its resource guide (pdf), “Organizing for Racial Equity in the Federal Government,” Race Forward details some of its strategies for advancing this agenda.

“Some effective techniques are: establishing new codes of conduct that focus on equity; include racial equity skills in job descriptions; and embedding racial equity criteria in work plan expectations and performance reviews related to promotions and merit pay increases or additional paid time off,” it reads.

In short, Race Forward proposes linking the pay of federal workers to the achievement of racial equity goals.

Race Forward is not a small organization. According to its IRS filings, Race Forward had a budget of $21 million in 2020, funded by several million-dollar grants from major foundations, including the Bill and Melinda Gates Foundation, the Ford Foundation, and the Open Society Foundation. by George Soros. These revenues place Race Forward in the top 2% of all nonprofit charities in America, according to financial data from the National Council on Nonprofit Organizations.

Race Forward is not alone in receiving support from wealthy donors. Racial justice nonprofits have enjoyed a huge surge of interest from foundations. For example, in 2019 and 2020, MacKenzie Scott, former wife of Amazon founder Jeff Bezos, donated over $12 billion to 1,257 organizations, including many anti-racism organizations.

With its big budget and close working relationship with the Biden administration, Race Forward now appears poised to advance its “long-term journey to transform agencies and the entire federal government.”

As noted in their publication “Organizing for Racial Equity”, this is a unique moment in American history. “President Biden’s Executive Order provides a generational opportunity to bring the full force of the federal government to the work of racial equity and justice. To realize its potential, racial equity practitioners will need to organize within government.

Lorenzo Puertas is a freelance writer in San Francisco who covers China and the United States for The Epoch Times. He loves freedom and personal responsibility.