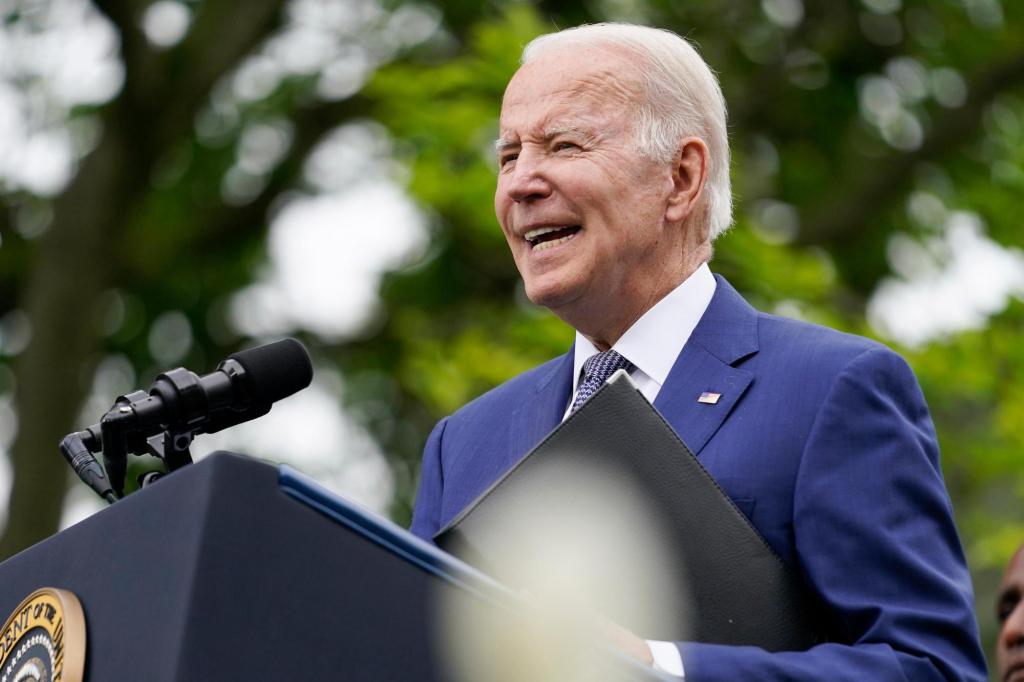 Biden keeps his job at the gaffe factory, at least

It’s the weekend at Biden again, and Dementia Joe Biden reflected on the dysfunction plaguing those fruity plains. Specifically, Brandon worries about the mentally ill who roam the streets of America:

Do you have a mirror, sir?

As always, all dialogue guaranteed verbatim.

Biden is now in Asia to visit, among other places, South Korea and “President Moon Yoon” (his name is Yoon Seok-Youl).

But before Brandon left the assisted living facility at 1600 Pennsylvania Avenue, he warmly welcomed some visitors to the White House:

“Thank you all for being here and I want you to enjoy the rest of the recession.”

Technically, Mr. President, the recession has not even started yet. You said you had to be a “mind reader” to see the baby formula shortage coming. But apparently you are able to foresee the economic calamities that your policies will cause in the weeks to come.

FDR said the only thing we should fear is fear itself. Now Brandon says, “I want you to enjoy the rest of the recession.”

At the White House or on the road, Dementia Joe sometimes has to introduce other people. It’s not easier for him to remember who someone is or what he does.

Just ask “President Harris”. Or the president of “Fine Finland”, which he called “Nisto”. His name is “Niinisto”. He said Senator Rick Scott of Florida represents Wisconsin. He called Raytheon “Ray Raython”.

He really had trouble with Hispanics — and not just in the polls. For example, one of his “best friends,” he says, is former senator Ken Salazar. Only Brandon introduced him as “Kent Salazar”.

There is a former Dominican illegal alien who is now a congressman from New York named Adriano Espaillat. Joe called him “Congressman Esplanade.”

He fumbled the last name of his education secretary, Miguel Cardona. But then he seems to have no idea who his cabinet secretaries are – he again called HUD secretary Marcia Fudge “Marcia Fudd.” (Elmer Fudd could not be reached for comment.)

He addressed the First Lady of Mexico as “Madam President”.

Once again, he confused the DEA with the Drug Enforcement Agency. Worse still, in a videotaped presentation, he called the Food and Drug Administration “the Federal Drug Administration.” His caregivers, in the video captions, repeated the mistake. They are almost as ignorant as Biden.

At various events, Brandon lamented “excessive deaths” and “the opiodademic epidemic.” He denounces the “Russian off-trocity”. He approves of the “prevention of kime”.

On the teleprompter, he misinterprets salaries as rages, reflection as ref, eligibility as eligibility. Fully turns holly, only comes out as swonly. The teleprompter says changes, it reads it as fillers.

Dementia Joe dares to ask questions no one else will:

“How many police officers have repeatedly put a lion on and had to do things they should think they should do?”

Besides telling everyone to enjoy the recession, Dementia Joe recently had another Freudian slip-up. He was talking about how a system of checks and balances served the American people, until…the Democrats.

As far as the Marxist minions pulling his strings go, Biden got it right the first time.

They believe that power derives only from the consent of the government, that is, from themselves.

Here are some other Biden Greatest Hits, May Edition:

“Failure for us not to say that failure by saying this is going to be complicity. Silence is complicity.

“Let it be let me be it let no one misunderstand the meaning of this historic day.”

“He pointed to a pat-rot aaa excuse me a portrait on the mantle of the White House in the Oval Office and that’s a picture that’s a large portrait of Franklin Delano
Roosevelt.

“We are going to rebuild a better America. One point two billion billion dollars.

“Most deserve the most, we deserve, look, we are the most multiracial and vibrant nation in the history of the world.”

“And by the way, you know one of the things that’s uh, that’s a totally different topic, I’m just going to touch on that for a second, there’s an awful lot of growing data that’s happened because of COVID and stuff who mental health issues have become a serious issue.

“If you’re able to access the internet, just go to internet-dot-gov, and you’ll be able to get online as well.”

“I know you must be frustrated. I know. I can taste it.

Downhill, Mr. Brandon. This is where you are heading. From the top of a cliff, in fact. And you know, you’re right about at least one thing. We can taste it. And it tastes like…