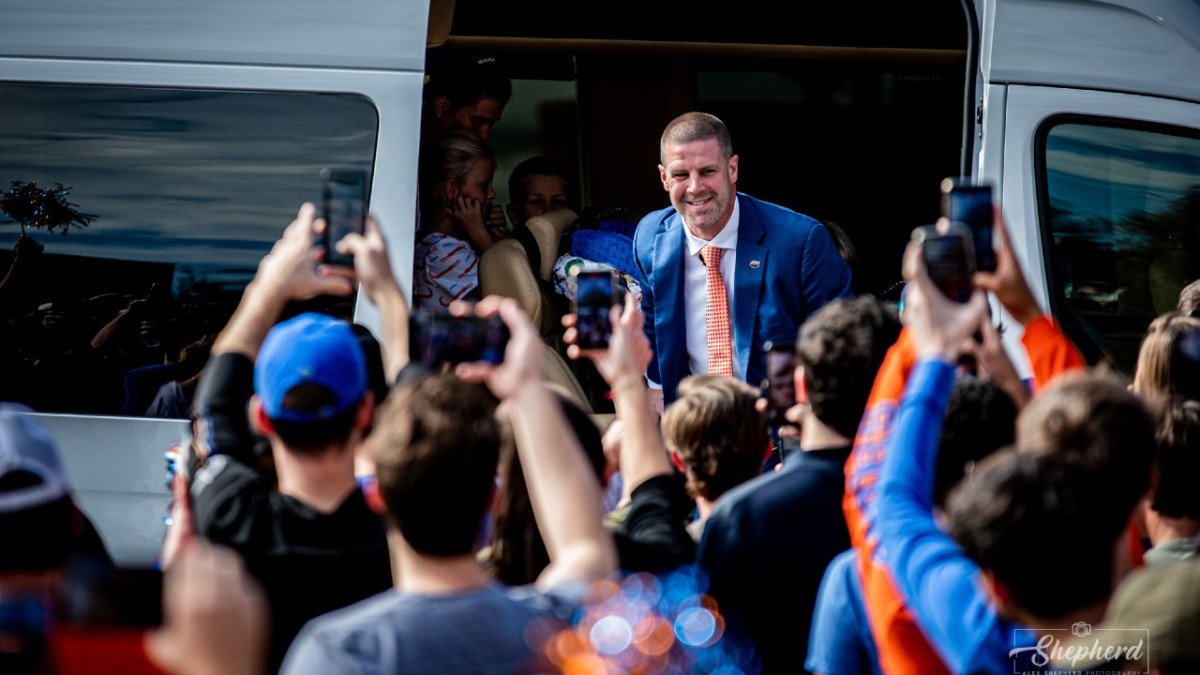 The Florida Gators won’t be rushing to use the transfer portal just to build a roster. Florida head coach Billy Napier was made clear on Wednesday, shortly after the early signing period ended, when he explained how the program intended to build their roster, including using the transfer portal.

Under the previous regime, the NCAA transfer portal was used like no other. The program was basically built with him, with many key players acquired in the early seasons under Dan Mullen.

While Napier will certainly use the tool at their disposal, there will also be a fairly close view of who enters and exits the program.

The first order of business for Napier was to acquire talent on early signing day and then complete the rest of the class for National Signing Day in February next year before diving into what is essentially a collegial “free agency”, the transfer portal.

“I think you’re going to see that’s part of the game now,” Napier said, speaking to reporters after ESD, “and what we definitely need to do is create a really good culture here where the players want to be part of our organization and play for the University of Florida, and I hope we don’t have to face these issues unless we want to fix them. ”

The Gators have already lost a few key players on the transfer portal, including QB Emory jones and linebackers Mohamoud Diabate and Khris Bogle. It’s part of the process and will be the case with any regime change in college football. This is generally referred to as the “transition” period.

While Mullen’s philosophy was to create a schedule through the transfer portal, making sure to fill every hole, Napier warned that this year there will be some attrition with the roster itself.

“But in the meantime, there is going to be some attrition,” Napier warned.

“I think that’s the reality. So do we – it creates opportunities, and we’re going to work. It’s another way of acquiring a player kind of like an NFL free agency. The problem is, we don’t. ‘We don’t have a salary cap and we don’t. There is no schedule parity, so it’s a bit of a different dynamic. “

This is the realistic view of what will happen under Napier’s watch over the first few months. For ESD, the Gators have signed nine prospects, including two of the best players in the class in safety Kamari Wilson and linebacker Shemar james. Of course, that’s fewer signings than other programs that have been able to operate during the recruiting season for more than three weeks.

As such, the Gators are a bit behind on the eight ball, but one thing Napier was warned about and said while taking advice from his colleagues across the country was to be patient, and that is exactly. what he will do.

“I think I made several calls about the transition, ‘Hey what did you learn, what mistakes did you make, what did you do right’, and I think ‘patience’ is the keyword, ”Napier said.

“I think kinda like hiring a person to work in the organization, I think players are no different. I think you basically come in and understand that hey, that person is suitable, this player is suitable, they can do the work that we I ask them to do. “

Still, the players the Gators were looking for are suitable for the program, and that’s exactly why creating your initial class is so important. While many will want things done quickly and expect results quickly, Napier’s mindset is long-term and sustained success. This is a good thing.

“I think we have a pretty good understanding of how we’re going to play football here and the specific tasks each of these individuals is going to do. We have confidence in the players we’ve signed.”

Stay tuned to AllGators for ongoing coverage of Florida Gators football, basketball and scouting. Follow us on social media at @SI_AllGators on Twitter and Florida Gators on Sports Illustrated on Facebook.