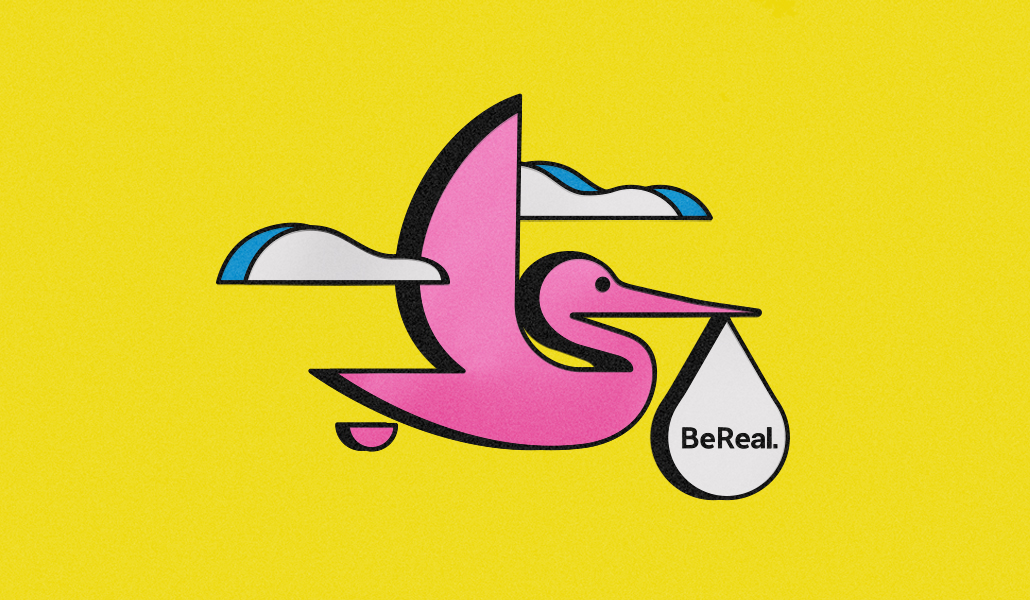 Could BeReal be the first successful social media channel to grow ad-free?

From the hostile takeover of Twitter to disgruntled investors in Meta, the social media giants are faltering in the eyes of marketers, leaving brand executives unsure of their investments and scrambling to find the next social media superstar. Enter BeReal.

Over the past few months, the new photo-sharing social media app, founded in France and aimed at young demos, has garnered interest from users (73.5 million of them per month, to be exact) and brands. Chipotle, elf Cosmetics and Shake Shack have all flocked to the platform to claim their rights while BeReal is still hot.

It will be a challenge to keep that attention from marketers without solid ad offerings. But for BeReal and other budding social media apps, the lack of advertising opportunities may be intentional and represent a new era of what it means to build and grow a new social media platform – without the support of advertisers.

“Historically, it seems the mode of operation has been to get market share first and then figure out monetization,” said Brendan Gahan, partner and social director at Mekanism. “We’re in the social space right now where apps are trying not to rely solely on ad revenue.”

It is a growing trend. Digital social media advertising revenue is declining due to rising ad prices and poor and inconsistent ad measurement. Which means platforms are desperate to diversify revenue streams sooner rather than later, looking to leverage subscriptions or premium content to maintain momentum.

It’s a pivot from routes we’ve seen before – like Clubhouse, the audio-based app that peaked during the pandemic but introduced advertising too late to continue as a competitor in the space. .

Or, alternatively, TikTok – which might have plateaued when marketers found their advertising offerings insufficient, but worked to bolster what they could offer, unveiling a slew of new performance marketing tools like shopping ads. , automation and more at its global product summit TikTok World.

This new advertising lifecycle for a social media platform is at least partly driven by trends elsewhere among social channels.

The go-to platform for social media marketers, Meta, has seen quarterly hits. Meanwhile, YouTube has seen its first decline in ad revenue since 2019, according to public reports. Snap, which has been trying to “innovate out of trouble” for some time, is enjoying the slowest growth rate since the company went public five years ago. Then there’s Twitter, which came about with Elon Musk’s acquisition of the platform, rattling advertisers and scaring away advertising dollars.

Today, these platforms seek to reverse the trend by becoming less dependent on ads by strengthening programs to work with creators and developing subscription-based options (i.e. Twitter Blue, Snap+ and live shopping on TikTok and Instagram).

It’s in this environment that BeReal is trying to compete – one that encourages diversification beyond advertising to shield itself from the pressures of an ad-supported model.

Until now, BeReal’s strategy has been similar to that of other social media platforms in their early days: raise significant funds for investors, grow the user base, “and then in a few years, switch the ‘switch and hopefully make some money’, as Gahan surmised. .

In terms of investment, at least, BeReal follows the growth model. According to reports, BeReal raised $30 million in its Series A funding last year, doubling that amount to $60 million in its Series B round earlier this year. This latest funding round is expected to quadruple BeReal’s valuation to over $600 million, per Business Insider, suggesting the app is still a long way from being monetized.

“What they do is market share, growth, exposure and a space without ads will always break faster than a place that shows you ads,” said Alex Payne, CEO and Founder from influencer marketing agency Room Unlocked. “When they reach the mass user base they’re after, that’s when they start infiltrating.”

So, who uses BeReal?

BeReal has been downloaded more than 40 million times since December 2019, according to mobile app analytics firm Apptopia. Much of that growth has taken place this year, with the United States accounting for nearly 40% of new users. By comparison, TikTok was downloaded 656 million times last year, according to the analytics firm. And BeReal has become so popular that TikTok and Instagram have released copycat features.

Understandably, marketers’ interests have been piqued, especially as the industry is desperate to jump into the next generation of social media quickly. However, that’s easier said than done, given BeReal’s anti-advertising policy listed in its terms of service.

Apparently, BeReal’s interests lie elsewhere, given that the platform is currently recruiting engineers and developers. In September, TechCrunch speculated that the app wanted monetize influencer culture and was considering paid features instead of ads. BeReal, however, has been tight-lipped about its monetization plans. When asked for comment, a spokesperson for BeReal said the company was “with its head down, focused on the product and the mission.”

So while brands have experimented with what it looks like on BeReal, they’ve kept their advertising dollars on established social networks. “TikTok, Instagram, Facebook are still part of the advertising mix and the content mix because they are so pervasive in our lives. Even though people are constantly leaving it, they’re still there,” said Tamara Littleton, CEO of social media agency The Social Element.

BeReal’s strategy is notably a different approach to those of older social media platforms – which favored ad-supported models to reach users who were encouraged to spend endless time scrolling to be fed by ads.

But the thing is, the essence of BeReal isn’t about keeping users on its feed for long periods of time. So the question remains: how viable is it to create some kind of monetization on the BeReal platform – whether it’s ads, subscriptions or something else – where the app model works in sending notifications to users at random times each day to post a photo seen by their friends?

Unless users can build a large network of friends – and quickly – it doesn’t seem (at least for now) that the model lends itself to typical advertising or even subscription models that rely heavily on reach and discovery.

As Ed East, the group’s CEO and founder of creative agency Billion Dollar Boy suspects, the app’s intentional limitations encourage spontaneous creativity that feels fresh and exciting. And it was this element that resonated with Gen Z.

The advertising strategy of a social platform often boils down to the relationship it wants with its users.

Similar to BeReal, Snap is a social media platform that was originally less about discovery and time spent, and more about intimate relationships. Snap, however, has had a difficult relationship with advertisers thanks to its limited audience, making it an asset rather than a necessity for advertisers. (More info here.) To maintain a steady flow of dollars, Snap pivoted, rolling out a premium subscription tier, Snapchat Plus.

He puts BeReal’s own innovation challenges with both monetization and keeping users’ attention in the spotlight, especially as other platforms decided to release similar and copied features.

Starting a social media platform right now is a “precarious position to be in,” as Gahan puts it. All the marketers who aren’t keeping their dollars close to their chest in the face of the economic downturn are moving away from social media advertising in response to rising CPMs, targeting and poor quality measurement thanks to Apple iOS 14.

Marketers need reliability and are shifting social dollars to other social channels and streaming channels, with audiences that have become more trackable with programmatic features.

“In the long term, we see BeReal as a feature and not a standalone product. Without an ad company, that’s even truer,” said Jess Phillips, founder and CEO of influencer marketing agency The Social Standard. “If Netflix and Disney+ run ads, we can be sure BeReal won’t be able to avoid it forever either.”

However, as social media matures, ads should only be part of any channel’s business plan instead of the whole plan, experts say. Otherwise, platforms like BeReal might succumb to being nothing more than a flash in the pan. But brands should still test BeReal before it becomes “pay to play,” Evan Horowitz, CEO and co-founder of creative agency Movers and Shakers, said in an email.

“As platforms mature and become crowded, it becomes much harder for brands to reach consumers,” he said. He later added, “If BeReal broke through and created more marketing opportunities, the brand dollars would follow quickly.”