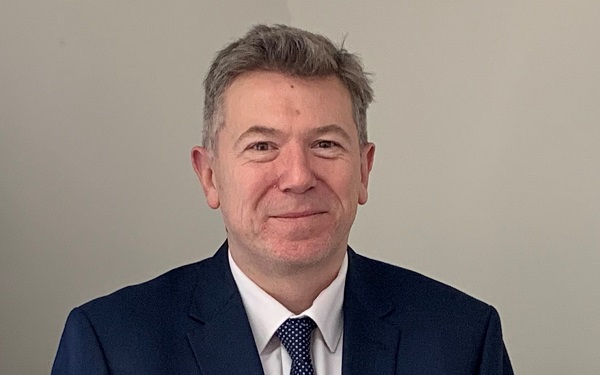 The Department for Education (DfE) is developing a plan to tackle the use of agency social workers in England, according to a top manager.

Association of Directors of Children’s Services (ADCS) chairman Steve Crocker told Community Care he had done ‘constructive work’ with the DfE on proposals to restrict the use of staff of the agency.

Crocker, who in July called for the regulation or outright banning of social work agencies, said he “can’t announce what it is, but there will be something coming out.”

“We are really pushing them to take positive action, not for any other reason that we need to stabilize our squad and [to do that] is to give the best possible service to the children,” he added. “That’s what we really focus on.”

Any plan would likely be part of the DfE’s forthcoming response to the Independent Child Welfare Review, which proposed reforms to reduce the number and costs of social work agencies. in its final report, published in May.

The review recommended establishing rules to regulate agency work, such as requiring social workers to have completed the first two years of the early career framework proposed by the review and to have references. of high quality from previous employers in order to accept a substitute position.

He also suggested that local authorities should be required to establish and adhere to regional agreements on agency recruitment and remuneration, similar to the memoranda of understanding that currently exist. Another option offered by the review was for agency staff to be hired only through approved executives, as is the case for NHS substitute staff, a model Crocker said had merit.

To provide an alternative to employment agencies, the review also proposed that the DfE would fund local authorities to set up not-for-profit staff banks which would be the first port of call for temporary workers.

It is unclear which of these ideas, if any, the DfE will pick up on in its response, expected before the end of the year.

A department spokesperson said: ‘We are currently reviewing the recommendations of the Independent Child Welfare Review. These include proposals to reduce the cost and use of agency social workers.

“We are rapidly developing an ambitious and detailed implementation strategy in response to the review and are working closely with the industry, including ADCS, on proposals.”

‘A large number’ of social workers turn to agencies

The potential plan comes amid growing concerns from administrators over the cost and impact of a high number of agency staff.

In September 2021, 15.5% of full-time equivalent social worker positions in local authorities or children’s trusts were filled by temporary workers. However, managers interviewed for the latest ADCS report on safeguarding pressures, published this month, said that since then “a large number of social workers” had left local authorities for agency work.

They further expressed concerns about the growing number of newly qualified agency workers and the costs authorities were incurring to hire replacement workers.

“Agency staff continue to be a much more expensive option than directly employed social workers, and there may be concerns about quality,” the report said. “There is a strong feeling that the ‘profit’ of private providers needs to stop.

“Respondents continue to stress the need for national reform in the regulation of employment agencies and temporary social workers, without destabilizing an already fragile and insufficient workforce.”

Working for the councils should be ‘more attractive’

In July, Crocker called for agencies to be regulated or outright banned to fight ‘profit’highlighting the pressure they create by providing staff only in the form of teams rather than as individual workers.

In his latest interview with Community Care, Crocker stressed the need to make working at a local government organization “more appealing”, to deter social workers from moving to agencies.

“The benefits of working as a social worker for a long time in one place are underestimated – the relationships you build with families, the work you do with them, the change you see,” he said. he declares. “It’s a reward that goes beyond the financial aspect. You will never see this if you go from one agency to another.

“We have to show that the coherence of the work [is vital]and there are some tricks in the care review that really help with that.

Regional agreements to regulate use

Agreements to regulate agency work already exist in all parts of England in the form of memoranda of co-operation or understanding between regional groupings of councils. These agreements have been revised this year in London, the South East, the West Midlands and Yorkshire and the Humber.

These latest memoranda all include salary caps for agency workers and a commitment for local authorities not to actively seek social work staff from other councils. London and South East authorities also promised not to employ staff in an agency role for six months after leaving a permanent position in another signatory authority, while the West Midlands agreement set a 12 month limit for this.

London authorities have also agreed not to employ social workers with less than two years of permanent experience as agency staff, while West Midlands authorities have pledged to refrain from hiring staff during their first post-qualification year as substitutes.

However, Croker called the memos “tricky” because “there’s always a reason not to comply with them.”

This was confirmed by a Ministry of Education survey of administrators in 2020who found that, while 96% of the authorities were signatories to a memorandum, only 26% thought it had been useful in reducing the number of agents and 44% in reducing the cost. The main reason given for them not working was non-compliance by individual authorities, particularly those with low Ofsted ratings, who tend to have higher vacancy, turnover and temporary staffing rates.

These pressures have built up since the 2020 DfE survey, with the proportion of vacancies in the workforce reaching 16.7% in 2021, the highest rate since 2017, with the average rate of “inadequate” authorities reaching 26.3%.

Crocker said: “What do you do in these circumstances if you can’t find staff? Either you are not able to assign casework to caseworkers, or you give them caseloads of 40 or 50, which is not good.

“Or, you must bring [agency] teams to ease the pressure. Directors of children’s services are in a no-win situation.

He insisted that the only concrete solution would be a national plan, adding: “The reasons will be different [for breaking the agreement], and that is because there are differences between regions and between authorities. We can only make it work if there is a national framework [to regulate agency work] where you can’t live without it.

“Agencies do a huge job of supporting the care system and are certainly not the cause of its problems,” said Neil Carberry, chief executive of the Recruitment and Employment Confederation. “Rather than unfairly blaming agencies, ADCS would be better off working with us to build a care system that delivers great service at a good price to the taxpayer – as well as paying social workers what they deserve and doing well. deal with them, whether they are permanent or temporary staff.

The debate in England comes amid plans to end the use of interim social workers in Northern Ireland health and social care trusts – which deliver legal social services – next June. The agency’s current staff in the country will be offered permanent contracts over the next few months.

Brazil is a leading power in the digitalization of public services, according to the World Bank — MercoPress