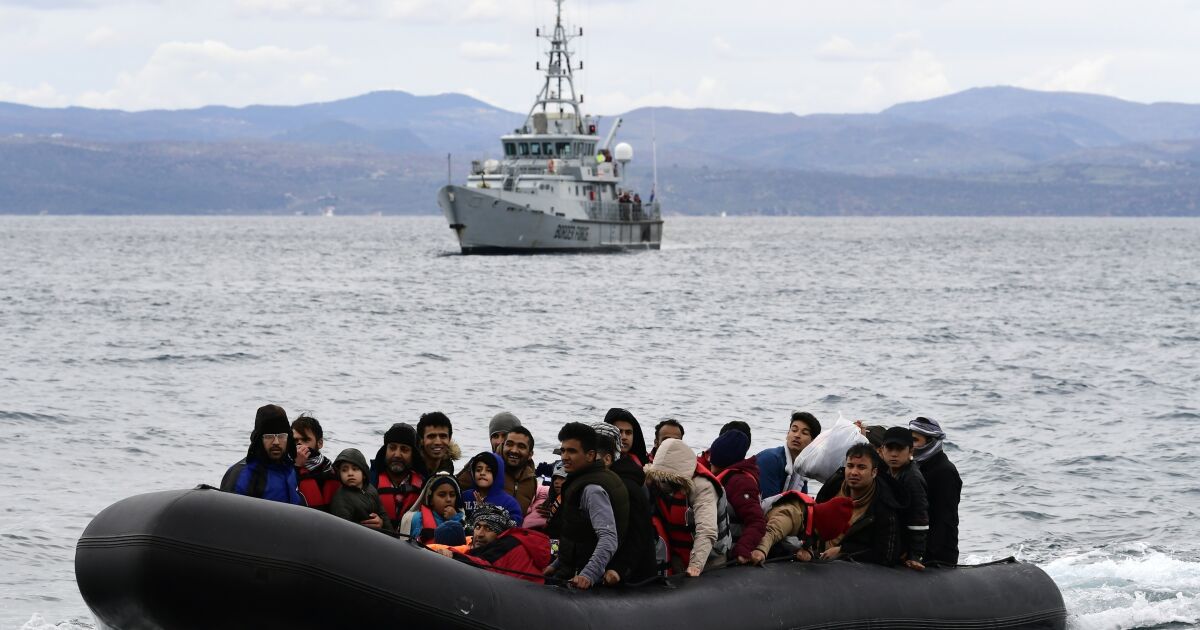 A long-awaited report by the European Union’s anti-fraud watchdog on the EU border agency Frontex has concluded that Frontex employees were involved in covering up illegal pushbacks of migrants from Greece to Greece. Turkey in violation of their “fundamental rights”.

OLAF’s 120-page report was made public on Thursday by German freedom of information portal FragDenStaat, in conjunction with media outlets Der Spiegel and Lighthouse Reports.

Senior Frontex officials committed “serious misconduct and other irregularities” in covering up incidents of pushbacks, failing to investigate them or not handling them properly, the report said, but names were redacted.

“In doing so, they have hampered Frontex’s ability to fully discharge its responsibilities, namely to ensure the protection and promotion of fundamental rights,” the report states.

Frontex coordinates search and rescue and border interception operations on behalf of the 27 EU countries. Pushbacks, i.e. the forcible return of people across an international border without assessment of their rights to seek asylum or other protection, violate both international and European law.

OLAF investigators analyzed information from open sources and the media, searched for documents from Frontex and the European Commission and interviewed 20 witnesses to investigate accusations of involvement in covering up unlawful pushbacks and misconduct or irregularities.

“OLAF concludes, on the basis of the evidence collected during the investigation, that the allegations are proven,” the report said.

There was no immediate comment from Frontex or Greek authorities on the report, but both have previously denied any wrongdoing.

Earlier this year, Frontex executive director Fabrice Leggeri resigned following OLAF’s report, which was concluded in February, as well as repeated media inquiries accusing the agency of involvement in pushbacks .

The report details how the pushback charges – which include reports that migrants were placed in life rafts and left adrift at sea – and their evidence were mishandled, often not reported or failed. not investigated under Frontex’s own rules.

On August 5, 2020, a member of Frontex raised concerns in an email after a Frontex plane saw Greek authorities force a fragile migrant boat back into Turkish waters.

“Towing a fragile boat that is overcrowded at night out to sea is a situation that can seriously endanger the lives of passengers,” the email states. “Our aircraft was immediately instructed to clear the scene by the Hellenic Coastguard expert.”

EU investigators also said Frontex was sharing incorrect or biased information with EU institutions, including members of the European Commission and Parliament, who are responsible for holding the agency accountable, as well as with OLAF investigators.

“I am delighted that OLAF’s report is finally public, as it should have been from the start,” said Cornelia Ernst, a Left Party MEP in Parliament, who confirmed the report’s authenticity.

“This once again proves in black and white what we have been saying for many years: Frontex is systematically implicated in human rights violations and their concealment at the external borders of the EU,” Ernst added.

Other lawmakers have been less critical.

“There were misconduct within the agency involving three people,” said Lena Düpont, a member of the European People’s Party. “The way the agency was structured by them wasn’t helpful, the way they handled the allegations wasn’t helpful either.”

Düpont described Leggeri’s resignation as the “correct” thing to do and welcomed the structural changes underway at Frontex to address these issues.

Greece awarded Leggeri a state prize in January, thanking him for helping the country reduce the rate of inbound migrants. The award was presented by Greek Migration Minister Notis Mitarachi, who was mocked by a prominent Greek lawmaker on Thursday.

“Now, with the leak of the whole damning report, everyone can now understand what was going on and who covered it up,” said Kostas Arvanitis, a leftist member of the European Parliament.

OLAF’s report raises questions about how Frontex will continue to operate in Greece. According to its own regulations, the head of the agency must suspend or terminate its activity if it finds “violations of fundamental rights or international protection obligations which are serious or likely to persist”.

Last week, front-LEX, a non-governmental organization challenging EU migration policies, filed a complaint with the Court of Justice of the EU in Luxembourg demanding an immediate halt to Frontex’s operations in Greece on the based on the conclusions of the OLAF report.

“As long as Frontex is there, the Greek government has carte blanche to continue throwing migrants into the water to drown them,” front-LEX lawyers Omer Shatz and Iftach Cohen told The Associated Press.