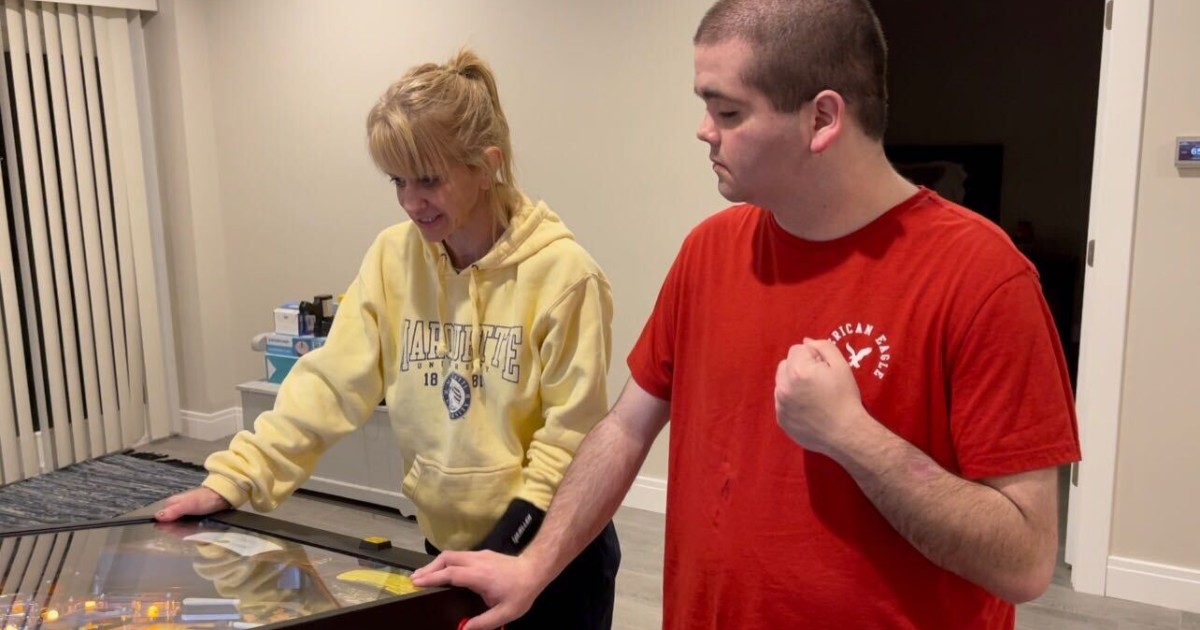 A group of Illinois families on Tuesday urged the state to expand services to children in crisis and with nowhere to turn. It comes after WBEZ reported this week on an increase in the number of children with mental and behavioral health problems at a time when there is a dearth of facilities to treat them.

The Illinois State Board of Education has a list of approved residential treatment facilities that school districts can send to students with severe needs. But parents and advocates say there are no residential facilities available for students requiring intensive mental health or behavioral support.

“We hope that the ISBE, the governor and other state agencies will act immediately to ensure that these families resolve their problem immediately,” said attorney Matt Cohen, who represents families with children with special needs and held a press conference to draw attention to this issue.

Peter Jaswilko is looking for a shelter that will accommodate his 15 year old son, Kyle, who has autism. Kyle has been in and out of the hospital in recent months for episodes of violence. At the press conference, Jaswilko said his son kicked his wife’s face while she was getting him ready for school.

“We have arranged for a pickup directly from the hospital because we are safe when he is at school. We are not safe when he comes home, ”he said. “He’s going to be home at 3 pm. I don’t know what’s going to happen.

Cohen argued that the state could take a number of steps for families like Jaswilko’s, including expanding its approved list of residential facilities, establishing an emergency placement process, and providing additional funding for children. that require intense individual supervision.

“These children are the most severely disabled, many of them are violent,” he said. “It’s hard work for families. It is hard work for staff who work with children, and expecting minimum wages to be sufficient to attract staff, let alone quality staff, is unrealistic.

Cohen also said facilities outside of the state have made it difficult to work with Illinois. He said the state board of education needs to streamline its facility approval process to expand its options. He also says the state needs a point person who can oversee the various state agencies that play a role in institutionalizing children.

About 1,400 children are currently placed in some form of residential care through one of three government agencies, according to data provided to WBEZ. It is not known if there are other students who are missing. The State Board of Education could not say how many students are currently waiting for a bed.

“It’s almost a hear no evil, speak no evil approach,” Cohen said. “If they don’t tackle a problem, then they don’t have to be held accountable for how they deal with it. “

ISBE told WBEZ that it has contacted residential providers who were not on the approved list and shared information about the approval process. But Cohen thinks it’s too little, too late.

“Awareness usually only occurs when the facility approaches them, and not on a proactive or deliberate basis to identify where they need facilities and to recruit facilities,” he said.

State agencies admit that staffing has been a challenge at residential facilities, reflecting a national problem. The Department of Children and Family Services says the biggest challenge has been recruiting for direct care positions. The agency says it has been able to increase average wages and funding for housing and boarding.

“Recognizing the challenges that DCFS faces in hiring and retaining its employees, DCFS has changed the way it not only recruits staff, but also how it operates to retain staff as they grow, while also ensuring he feels supported in an environment that can be demanding or even overwhelming, ”DCFS wrote to WBEZ.

Cohen says the ISBE has sometimes made emergency decisions in a single case to approve residential placements without a formal process in place.

“They have the capacity to change the way they deal with emergencies today, if they had the will to do it, that doesn’t require legislative change,” he said. “Beyond that, we hope that within the next 60 days legislation will be introduced and the legislature will act.”

Meanwhile, Peter Jaswilko is currently undergoing legal proceedings to have his school district pay for Kyle to attend a residential facility that is not on the ISBE approved list. Kyle could potentially start the program in January.

“I am afraid that if the district or the state does not act, its place will be eliminated,” Jaswilko said.

Susie An and Sarah Karp cover education for WBEZ. Follow them @WBEZeducation, @soosieon and @sskedreporter