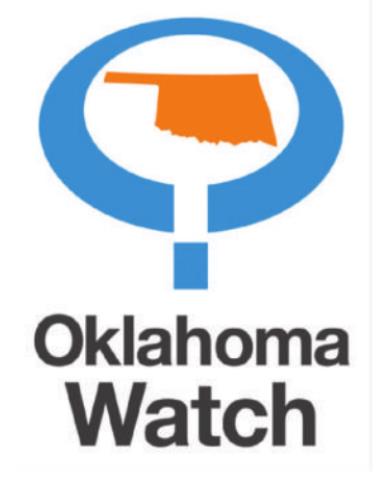 After months of denying requests, Oklahoma procurement officials have released details of more than 1,400 projects seeking billions of dollars in federal pandemic relief under the American Rescue Plan Act.

Project requests range from $141 million for the Oklahoma Pandemic Center for Innovation and Excellence in Stillwater and $220 million for capital improvements at state parks to $10 million for a joint operations for the Oklahoma National Guard. Others are local, like funding for a new public safety building in Norman, $100,000 for an annual dance festival in Tulsa, and patio upgrades for a microbrewery in Oklahoma City.

Former University of Oklahoma football coach Barry Switzer and his wife, Becky, have requested $50 million for a national training facility for their nonprofit Ground Zero Emergency, which trains emergency response dogs. The Oklahoma Department of Commerce has asked for $145 million for upgrades to the MidAmerica industrial park in Pryor to attract Project Ocean, which is supposed to involve a battery manufacturing plant by Panasonic.

The Office of Management and Enterprise Services released the requests last week after initially denying Oklahoma Watch’s requests for information under the Open Records Act. The agency initially cited an internal buying memo that treated all applications as confidential under a single bid. He said the applications were “temporarily confidential” until the projects were approved.

Oklahoma Watch, aided by the Reporters Committee for Press Freedom, filed a lawsuit against the agency in April.

An Oklahoma Watch reporter asked Gov. Kevin Stitt about the denial of the taping request and the lawsuit at a press conference Thursday. Stitt said he was unaware of the lawsuit, but thought the records should be made available to the public. His administration released the demands soon after.

Frustrated by Stitt’s slow project approvals, the Legislature earlier this month voted itself in a concurrent special session to provide more oversight and vetting of projects seeking federal pandemic relief funds. Although the regular session adjourned on Friday, legislative leaders gave themselves the opportunity to return this summer or fall to vote on bills.

“We’ve got that back on track now, or so it’s hoped, to get the money back into the Legislature through an appropriations process,” Floyd said. “I think you’re going to see more meetings and subcommittees, more projects approved and money sent out.”

Nearly a year ago, the Legislative Assembly established the Joint Committee on Pandemic Relief Funding to oversee the process. It has formed task forces to review funding requests in several broad categories of the law, including health care, behavioral health, workforce development, infrastructure and water projects and of sewers.

The joint committee was created because the legislature was unhappy with how the governor spent money on the first round of coronavirus relief to states under the federal CARES Act. Lawmakers passed House Bill 2932 last year limiting the executive branch’s use of this federal relief fund. Several other states, including Connecticut, Indiana and Kentucky, have had similar skirmishes over who has the authority to spend federal money, according to the National Conference of State Legislatures.

The state’s Office of Management and Enterprises Services set up an online portal in October to gather ideas and requests for funding under the American Rescue Plan Act. The portal closed on April 1. More than 1,400 claims were submitted, for a total of $17.8 billion. The state has $1.87 billion to spend on the program.

The government’s largest request was a $648 million request from Alfalfa County Rural District to update its drinking water system. The current system is over 60 years old and has a waiting list for customers who cannot be added until improvements are made.

“(Alfalfa County Rural Water District) will add additional lines, well fields, booster stations and hydrants to expand and update the system with larger lines and pressure to serve the county border at the border,” the app reads.

Unhappy with some of the tax cuts and inflation-fighting programs in the budget, Stitt last week called lawmakers back to a special session on June 13 to consider two plans he announced in his speech on the State of the State in February. He wants lawmakers to eliminate or reduce the 4.5% sales tax on groceries and cut the personal income tax rate by ¼ percentage point.

Stitt vetoed budget bills that would have given individuals $75 and married people $150 in one-time payments to help deal with inflationary pressures. He also vetoed another bill that removed the 1.25% sales tax on vehicles.

The Senate overruled the vehicle sales tax veto on Friday, though the House introduced both plans on override votes but did not give a single override vote. The actions highlighted some lawmakers’ displeasure with the governor’s call for a special session two weeks before the June 28 primary election.

House Speaker Charles McCall, R-Atoka, said Friday he expects lawmakers to add inflation relief to their own special session for pandemic relief funds. They may also consider altering two major economic development incentives, a $700 million package to attract what is believed to be a battery manufacturing plant by Panasonic and a $250 million fund for rural economic development. .

Before the Legislative Assembly adjourned its regular session, lawmakers met several times in a concurrent special session to set the framework for further action on pandemic relief funds. Each house passed dozens of fictitious bills with fictitious amounts, then they amended each bill, rejected the other house’s amendments, and sent the bills to conference committees. The legislative maneuvers will allow them to keep the bills alive in the special session and come back later to approve the bills for final approval by the governor.

“Every ARPA dollar is going to go through a tabled bill that’s going to be debated by both houses and sent to the governor for his signature,” Senate Majority Leader Greg McCortney, R-Ada, said when lawmakers announced their special session on May 18.