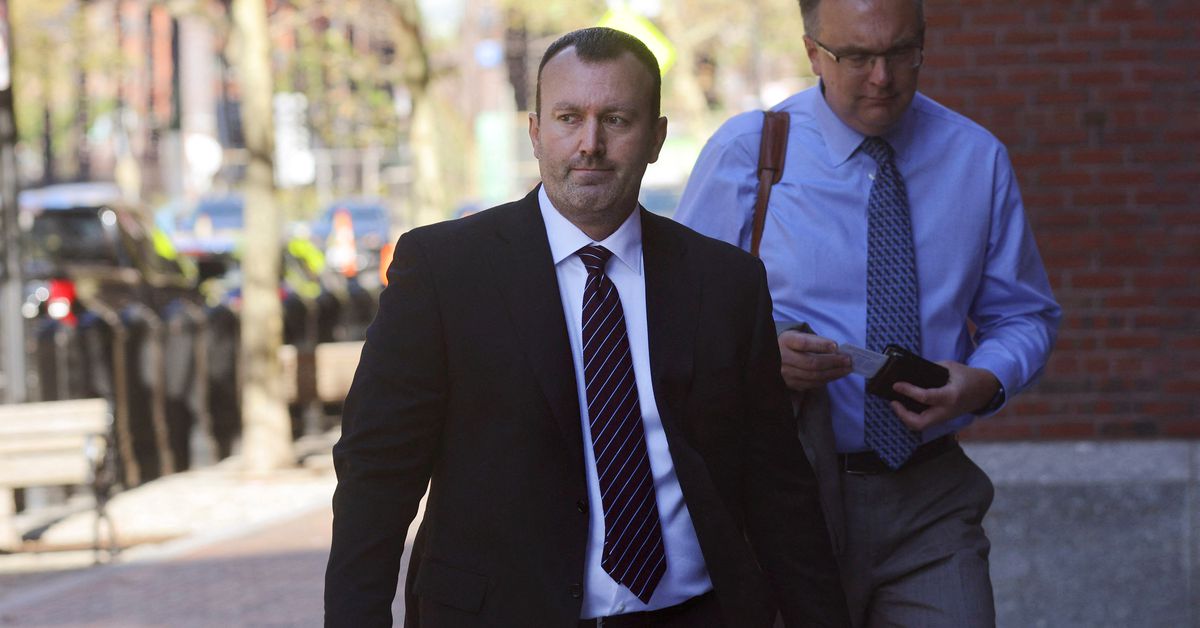 BOSTON, Sept 29 (Reuters) – Two former eBay Inc (EBAY.O) security officers were sentenced to prison on Thursday for leading a campaign to harass and intimidate a Massachusetts couple through threats and disturbing home deliveries after their online newsletter drew the ire of the company’s CEO at the time.

Jim Baugh and David Harville were sentenced to 57 and 24 months in prison respectively for their roles in a massive harassment campaign that included sending the couple cockroaches, a funeral wreath and a bloody Halloween pig mask.

U.S. District Judge Patti Saris, who handed down the sentences at the hearings in Boston, called it a “hard to imagine” scheme fueled by a “toxic culture” within the Silicon Valley e-commerce company.

“It was extreme and outrageous,” Saris said.

She ordered Baugh, eBay’s former senior director of safety and security, and Harville, its former director of global resilience, to also pay fines of $40,000 and $20,000, respectively. after pleading guilty to charges related to cyberstalking.

In court, they each apologized to David and Ina Steiner, a married couple from Natick, Mass., who produce the EcommerceBytes newsletter and said they were relentlessly terrorized by eBay employees.

“As agents of eBay, they made our lives hell,” David Steiner told the judge.

Prosecutors said senior executives viewed the newsletter as critical of eBay, and in August 2019, then-CEO Devin Wenig texted another executive saying it was time to ” shoot him down,” referring to Ina Steiner.

Wenig, a former Thomson Reuters executive who resigned as CEO of eBay in September 2019, has not been charged, although seven others have been charged. A spokesperson said Wenig had “absolutely no knowledge” of the actions they had taken.

Overseeing the campaign was Baugh, a former employee of the Central Intelligence Agency who, according to his lawyer, felt compelled to do something.

Under Baugh’s direction, the Steiners received anonymous and harassing Twitter posts, bizarre emails and unwanted home deliveries like spiders and a book about surviving the loss of a spouse, prosecutors said.

They said other eBay employees involved included Harville, whom Baugh had recruited with a subcontractor for an “operation” to monitor the Steiners and unsuccessfully try to install GPS on their car.

A lawsuit filed by the Steiners against eBay, Wenig and others remains pending.

Reporting by Nate Raymond in Boston; edited by Jonathan Oatis

Nate Raymond reports on federal judiciary and litigation. He can be reached at [email protected]