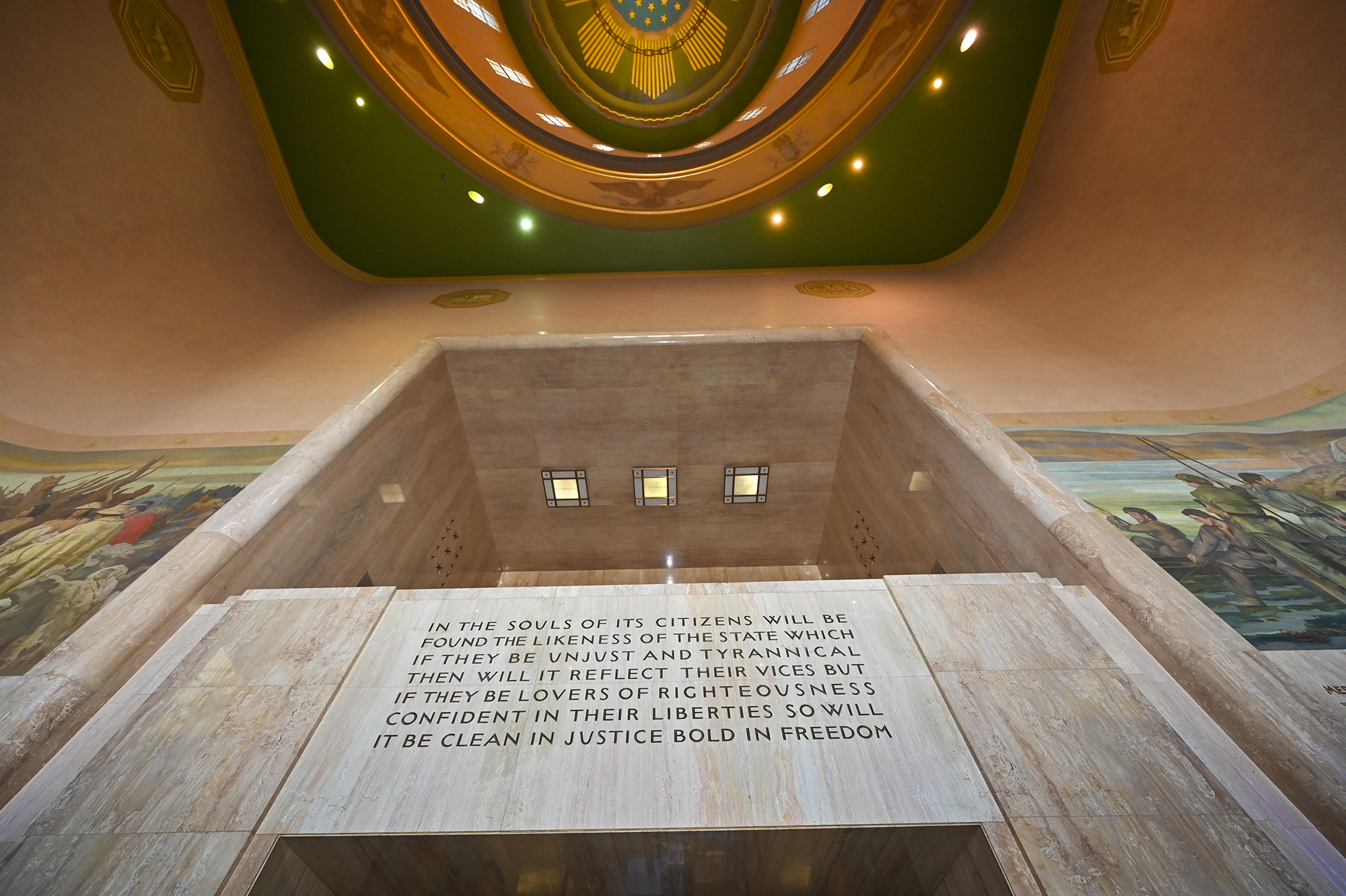 A former legislative employee who for months tried to get state leaders to act on what he describes as serious flaws in the way the Legislative Assembly handles harassment complaints has crossed a new stage this week, prosecuting half a dozen current or former lawmakers and several state employees.

Nate Monson worked for the Legislative Assembly for just 64 days, from April 12 to June 15, 2021. He was hired by lawmakers as the Acting Legislative Equity Officer, a position created in 2019 following multiple sexual harassment scandals involving lawmakers.

In a lawsuit filed Monday in Marion County Circuit Court, Monson said he was forced to resign for alerting lawmakers and legislative staff to violations of federal, state and local discrimination laws and mishandling of employee complaints.

The lawsuit is the latest in a series of attempts by Monson to highlight what he described as his forced resignation and the issues leading up to it. He contacted reporters last summer, warned state officials in December of a possible lawsuit and filed a complaint with the state Bureau of Labor and Industries in January.

His lawsuit describes spending much of his short tenure warning legislative leaders and other overseers that the Legislative Assembly was not complying with laws or legislative policies governing harassment complaints.

The legislature’s director of human resources responded by investigating his background “in an effort to find discrepancies as a pretext to justify his dismissal,” the suit claims. When Monson resigned in June, a bipartisan panel of lawmakers on harassment complaints said he lied on his resume and would have been fired had he not resigned.

Monson sought unspecified economic damages, but he is not seeking reinstatement. The legislature did not replace him, and attorneys for Stoel Rives and Jackson Lewis are now handling the complaints.

Since 2019, the Legislative Body has been subject to a legally binding agreement with the Bureau of Labor and Industries, which required lawmakers to establish an independent office of legislative fairness, prohibited legislative counsel or the legislative administration from participating in investigations of discrimination or harassment, and imposed an investigative process on complaints.

In his lawsuit, Monson describes arriving at work to find an almost complete lack of records or progress on months-old complaints. Instead, he said, he was given a post-it note with a list of some ongoing complaints.

Leaders seemed eager to quickly and quietly move on to recent revelations of Capitol Hill harassment, according to the suit. Monson’s former job was created as part of a $1.1 million settlement with the Bureau of Labor and Industries over the failure of legislative leaders to stop former Republican Senator Jeff Kruse from harassing at staff repeatedly and inappropriately touching another senator.

Democratic Representative Diego Hernandez of Portland resigned in February 2021, ahead of a scheduled vote to expel him, after an investigation determined that several female Capitol workers believed their jobs would suffer if they rejected his romantic advances. Rep. Brad Witt, a Clatskanie Democrat who is currently running to represent a Salem House district, also temporarily lost his committee positions over texts he sent to a Republican lawmaker she understood to be requests to trade a vote for a date.

Monson alleged, with few details, that several other powerful lawmakers had sexual harassment or hostile workplace complaints that went unaddressed. It refers to three employees who quit after their complaints of transphobia, sexual harassment and discrimination on the basis of a mental health issue were not addressed.

“Everyone was aware of past press and lawsuits exposing Capitol mismanagement, but that more effort was put into protecting reputations than fighting a hostile and retaliatory work environment,” said declared the lawsuit.

The lawsuit paints the Capitol as a dysfunctional, gossip-filled workplace with inconsistent rules on labor relations. For example, Monson said his predecessor had a relationship with a Kotek office employee, while Courtney ordered one of his employees to quit or be fired or demoted for dating a lawmaker.

After Monson began reporting record-keeping issues and failures to follow complaint investigation processes, he said Knieling began investigating his background. She discovered that he had misrepresented himself as a former employee of the Iowa Coalition for Collective Change, but had never worked for the organization.

Knieling also learned that Monson was fired in 2020 from Iowa Safe Schools, a nonprofit for LGBTQ students, according to a memo she prepared for lawmakers. The legislative committee called Monson to a June 9 meeting to ask about his background.

Fahey urged him to resign, saying his reputation could not recover, according to the lawsuit. Knieling also told him to resign before he was fired.

Monson wrote a resignation letter and memo detailing the issues with the office on June 15, then contacted an Oregon Public Broadcasting reporter several weeks later with his complaint. Lawmakers responded by sharing Knieling’s memo about him with the media and Capitol staff, according to the complaint.

The lawsuit also alleges that Monson only received his final paycheck after complaining to the Bureau of Labor and Industries. He filed a separate BOLI lawsuit alleging unlawful employment practices in January, and the lawsuit said the agency has yet to even tell him whether it has appointed an investigator. A BOLI spokeswoman did not respond Monday or Tuesday to an email regarding the lawsuit and the status of Monson’s complaint.

Monson’s lawsuit comes as several of those sued seek higher positions. Hoyle and Rep. Ron Noble, R-McMinnville, are running for Congress, and Kotek is running for governor. Monson’s attorney, Kim Sordyl, said in a press release that Hoyle and Kotek, in particular, should consider the political ramifications.

“Despite their complicity in perpetuating work cultures rife with rights violations, harassment, retaliation and cover-ups, the two seem out of step with growing legal complaints,” the statement continued. “They should be. At election time, Oregon voters have the opportunity to hold each of these leaders accountable for their leadership failures and the systemic waste of taxpayer dollars.

Katie Wertheimer, Kotek’s campaign spokeswoman, said Kotek could not comment on the specifics of the ongoing litigation, but Kotek strongly believes the Capitol should be a safe and welcoming environment for everyone. Hoyle’s campaign manager deferred his comments to the Bureau of Labor and Industries.