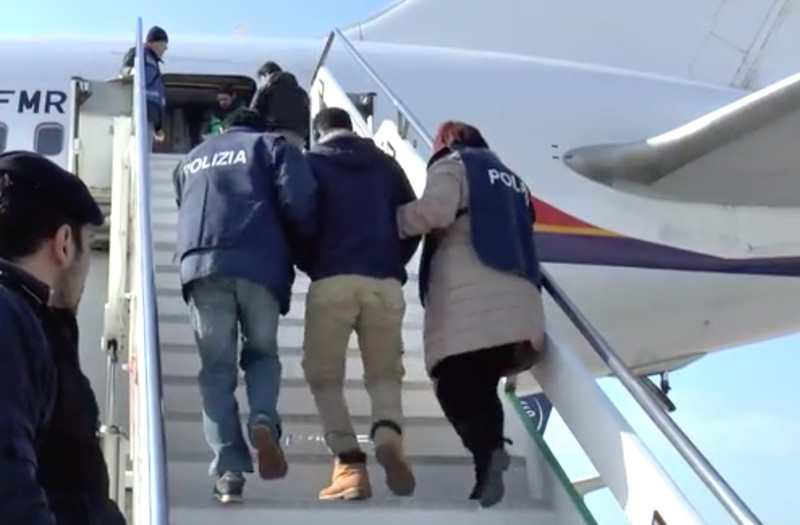 EU border police, Frontex, will not reveal how they meet their human rights obligations when deporting people from Hungary, although they have already been ordered to stop such operations.

The operation includes returns, whereby rejected asylum seekers are sent back to their country of origin, which critics say is based on opaque Hungarian decisions.

The agency’s fundamental rights officer, Jonas Grimheden, said Frontex should “partially suspend support for return operations from Hungary, in particular with regard to asylum seekers”.

It also comes after Frontex suspended further operations in Hungary following a 2020 European Court of Justice ruling that blamed Budapest for pushing back on Serbia.

Hungary has since ignored the decision, asking questions about why Frontex has continued to cooperate with Budapest on returns.

But that report is confidential and the agency has since refused to release it, despite a request for freedom of access.

Frontex claims that the document “contains sensitive information” and that its disclosure would be used by criminal networks to exploit possible loopholes.

He further claims that this would “put the lives of migrants at risk” and erode mutual trust between Frontex and other states.

This refusal seems to go against previous statements by the interim executive director of Frontex, Aija Kalnaja.

But the agency has a long history of refusing to release documents, and often in ways that appear to hinder broader public scrutiny.

One of these tactics is to require applicants for public access to documents to go through its documents portal instead of simple email exchanges.

The system introduced in January 2020 has caused headaches for users and pro-transparency portals created by European civil society groups.

The online portal means that documents cannot be automatically transferred to online transparency portals such as AsktheEU.orgwhere the public can easily consult them.

Based in Germany Fragdenstaat has since lodged a complaint with the European Ombudsman, an administrative watchdog under Emily O’Reilly.

O’Reilly earlier this week posted a response, noting that the agency’s online access portal causes a number of unnecessary problems for individual applicants as well as transparency platforms.

“The Ombudsman could not find justifications for Frontex’s decision,” she said, suggesting that Frontex communicates via email instead.

She had also previously criticized the agency for applying a “copyright” to published materials, which she has since terminated.