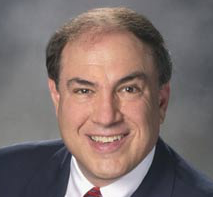 
An employee can have two employers, but can ultimately only receive compensation from one employer for work-related injuries.

The “exclusivity doctrine,” which allows for full recovery of damages against an employer, limits the recovery of an injured worker’s benefits to the compensation system, except in cases of intentional tort.

The terms of employment stipulated that the placement agency used NYM scorecards to bill for services and compensate the employee. Hartz assigned the day-to-day work to the worker, supervised his work, and had the right to fire the employee.

In August 2016, the worker slipped and fell on a metal ramp leading down from the loading dock. The ramp area was poorly lit and slippery, had no handrails, and had no non-slip surface. Serious injuries occurred, including a fractured right humerus and a torn rotator cuff that required surgery.

A New Jersey appellate court barred salvage in negligence action against NYM, found injured worker not a ‘special employee’ and therefore exclusivity doctrine could not be circumvented .

Building on the well-established law of a trilogy of cases (Kelly v. Geriatric & Med. Servs. Inc., Walrond v. Cty. of Somerset, Antheunisse v. Tiffany & Co.), a common law action for negligence could not be brought against NYM. The employee can have two employers and in this case it is both the recruiting agency and NYM.

The court’s rationale was that the employee had no right to bring a workers’ compensation claim against the employment agency and NYM.

The court also declined to allow an action for intentional tort against Hartz, as the fact did not prove sufficiently egregious to constitute intentional wrongdoing. Additionally, the Hartz Lease transferred responsibility for ramp maintenance to NYM, which then barred a negligence action against Hartz.

The special doctrine of the employee cannot be invoked to circumvent the prohibition of a duplicate application.