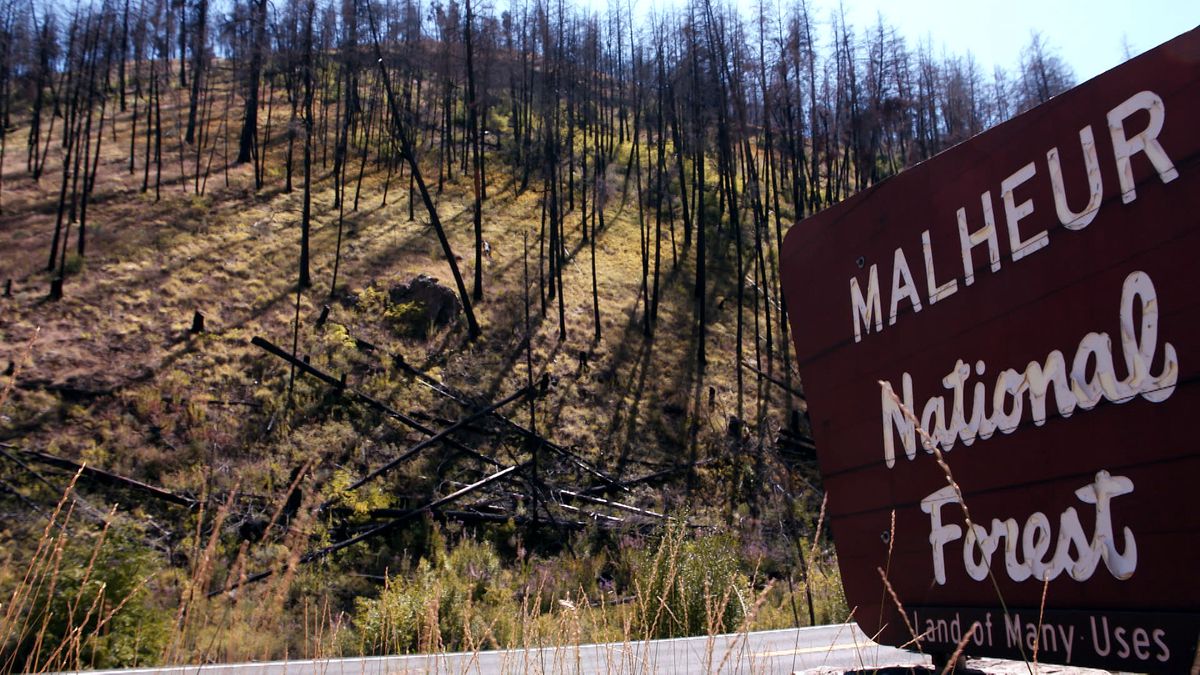 The leader of a US Forest Service crew conducting a prescribed burn in the Malheur National Forest was arrested on Wednesday for reckless burning, according to the Grant County Sheriff’s Office.

Ricky Snodgrass, 39, confirmed to the OPB that he was arrested on Wednesday but declined to comment further, saying he wanted to speak to a lawyer before speaking publicly.

“The Forest Service employee mentioned in a recent report was conducting an approved prescribed burn operation in the Malheur National Forest,” US Forest Service spokeswoman Jennifer O’Leary said in a text message. “It would be inappropriate for us to provide further comment as this is an ongoing legal matter.”

Malheur National Forest Supervisor Craig Trulock told the Blue Mountain Eagle that the part of the fire on private land was brought under control in about an hour.

McKinley told the OPB that Snodgrass was released without bail, but declined to provide details as to why he was arrested.

“I want to give the full investigation a chance to happen without putting anything else in to cover the waters,” McKinley said.

In the early 2000s, so-called patriot groups (early incarnations of what would become a resurgent militia movement) emerged in southern Oregon, challenging the federal government’s right to own land. Next, Josephine County Sheriff Gil Gilbertson led the pack, threatening to walk through the doors of the Bureau of Land Management and the Forest Service.

In 2016, Palmer praised the armed militants occupying the Malheur National Wildlife Refuge, calling them “patriots” as they barricaded themselves inside government buildings. This armed takeover itself has its origins in an arson charge against Harney County ranchers who illegally burned Bureau of Land Management land.

Palmer has become an icon of the constitutional sheriff movement, an extremist ideology claiming that the sheriff is the highest judicial authority in the land. He became notorious, in large part, for challenging the federal government’s authority over forests, which they see as a prototypical excess of government.

Tensions between local residents and the Forest Service are particularly high in Grant County, where many residents still blame Forest Service mismanagement for the 2015 Canyon Creek Complex Fire that burned 110,000 acres of forest and destroyed 43 houses.

McKinley, who oversaw the Canyon Creek fire response as a deputy under Palmer, ran against him and won in part on a platform promising less extreme emphasis.

“I was actually elected to try to improve some things here and work well with others,” Mckinley said. “(The arrest) was something that had to be done.”

The Forest Service developed a complicated relationship with prescribed burns this summer when two spun out of control in New Mexico, unleashing a 341,000-acre inferno, destroying hundreds of homes and displacing thousands of people. That prompted the agency to temporarily halt prescribed burns, angering forestry experts and firefighters who say controlled burns are essential to forest management.

Some firefighters say the agency has a habit of shutting up when mistakes are made or even blaming firefighters.

“Historically, the Forest Service has had a terrible record of employee non-defense,” said Timothy Ingalsbee, a seasoned forest firefighter who now leads Firefighters United For Safety, Ethics, and Ecology, a group that advocates for more responsible management of fires. fires. “They are regularly thrown under the bus for the greater good of the agency.”

Ingalsbee said he would expect the Forest Service to voice support for its employees.

“This employee was doing this at the request of his agency for the benefit of the land they manage,” Ingalsbee said.