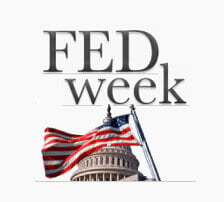 The move of the Bureau of Land Management headquarters outside of Washington, DC has left the agency with vacancies that have hampered its work, but the BLM does not have a strategic workforce plan to counteract it. this problem, GAO said.

The report was the latest in a series of reviews of the Trump administration’s decision to move BLM’s headquarters to Grand Junction, Colorado, and several other locations. A recent IG report said all 328 affected employees except 41 quit their jobs rather than relocate and 80 of those positions are still vacant, while the new GAO report also notes that even before the move, the previous administration had restricted hiring for certain positions. .

“Most of BLM GAO’s staff spoke with said vacancies in key positions at headquarters which resulted in delays in creating or clarifying guidance or policies. In addition, some said that an increased reliance on details negatively affected the performance of their office, for example, because state office staff seconded to headquarters reduced the capacity of state offices, ”the report says.

From 2017 to June of this year, he added, the percentage of employees with 25 or more years of experience increased from 24 to 17, and of employees surveyed by GAO “almost all told us that the loss of experienced staff had a negative impact on the capacity of their offices. to carry out its duties.

He further found that the BLM Mechanism for Strategic Workforce Planning is a 2019 memorandum that typically does not address aligning the human capital program with emerging mission goals or developing long-term strategies. term for the acquisition, development and retention of personnel. “Without a strategic workforce plan that meets these needs, BLM has no reasonable assurance that the agency will have the workforce it needs to meet its goals of managing millions of acres. of public land, ”he said.

The Biden administration has said it will turn the tide.

After Armata’s Plaza fire in Longmeadow, GoFundMe aims to raise $ 75,000 for employees and businesses by Christmas