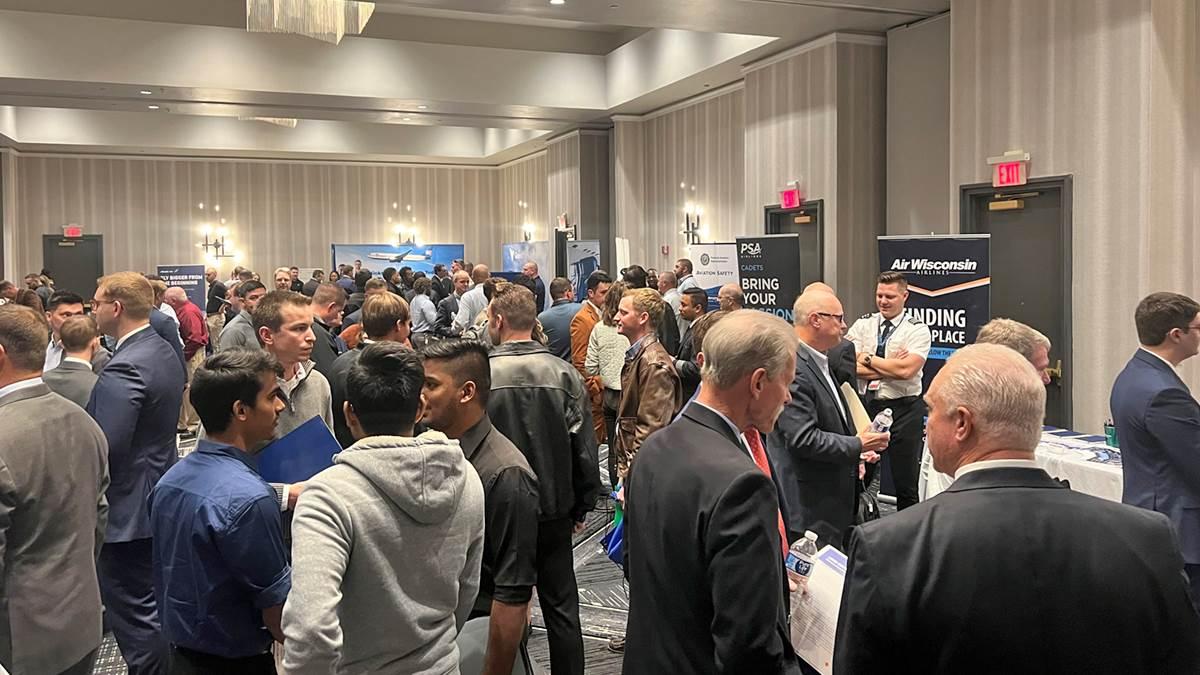 According to Future and Active Pilots Advisors, 11,372 pilots were hired by the 12 major airlines from January to October. FAPA predicts around 13,500 pilots will be hired by the end of the year, making 2022 the best year on record for pilot hiring. The record was previously set in 2021, with 5,426 pilots hired, numbers not seen since 2000.

While hiring numbers are nearly 2.5 times higher than the industry has ever seen, those numbers are still nearly 5,000 pilots short of the U.S. Department of Labor’s projected need for the industry hires 18,100 pilots to offset annual airline pilot attrition.

JSfirm.com, a free online resource for aviation job seekers and employers, saw an 11.5% increase in job postings over the past month, as well as a nearly 40% increase in employer engagement and an increase of over 66%. job searches since the beginning of the year. More than 270,000 pilots on JSfirm.com have asked to be contacted with job notifications.

Sam Scanlon of JSfirm.com said the number of hires continues to rise and the industry is seeing a steady increase in job postings that doesn’t seem to be affected by inflation and the current economic situation; currently there are on average two and a half opportunities per job seeker available.

“We help companies identify available talent and then contact those job seekers to come and apply for the company position,” Scanlon said. “It generates applications immediately. This is where we see offers from companies, signing bonuses, schedules, housing, etc. Companies literally cannot keep up with the competitiveness of what each [is] offer.”

Boeing’s latest Pilot and Technician Outlook estimates that “602,000 new pilots, 610,000 new maintenance technicians and 899,000 new cabin crew will be needed to fly and service the global commercial fleet over the next 20 years.” Scanlon added that Boeing’s report reduced its number of mechanics and pilots needed in 2040, indicating progress in filling the pipeline.

“Flight schools and colleges in particular are struggling to provide assets for students, as well as flight instructors,” said. “Airline hiring creates a continued vacuum here.”

To answer the call, Embry-Riddle Aeronautical University (ERAU) is expanding its virtual reality curriculum to better prepare students for flight training in the real world. First-year students studying aeronautical science spend their first four weeks on campus fully immersed in virtual reality to familiarize themselves with the aircraft, pre-flight checks and controls.

“Loading the curriculum with VR in this way also builds students’ confidence and reduces their anxiety, which is the main barrier to learning, before they even set foot in a cockpit” , said Ken Byrnes, chairman of the flight department and assistant dean of the College of Aviation. “That’s why the university is renewing its commitment to virtual reality this fall, adding two additional simulation stations that will increase the lab’s total from eight to 10 units.”

“Essentially, we increased capacity by increasing efficiency,” Byrnes continued. “When students are in these virtual environments, it’s real to them. They don’t sacrifice anything in terms of teaching quality.”

According to ERAU, the VR training program for all flight students reduced the time required for student pilots to complete their first solo flight by 30% in the first year of the program.

California Aeronautical University has also seen an increase in student enrollment and opened its largest training center in San Diego in September of this year.

FAPA is offering job fairs and future pilot seminars in Florida and Arizona in the coming weeks. Participation is free, but registration is compulsory.