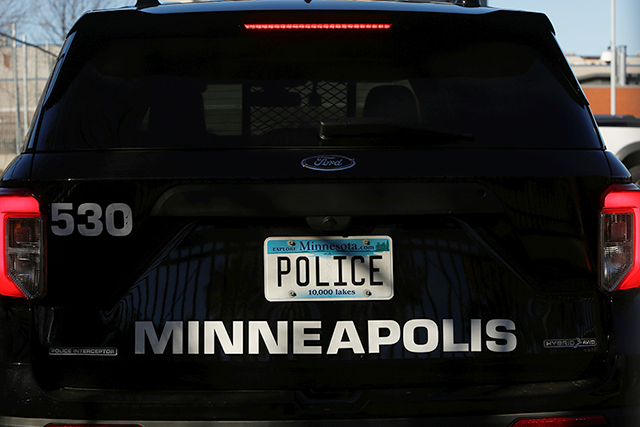 The city of Minneapolis and the Minnesota Department of Human Rights (MDHR) issued a joint statement last week agreeing to resume negotiations for a consent decree following the state agency’s scathing report revealing a pattern of racial discrimination in the police departments of the Minneapolis Police Department (MPD). for at least a decade.

Talks have been delayed in recent months due to evidence disputes exposed by the report, but in addition to both sides agreeing to return to the table, they have agreed on a path forward to deal with another executive order. potential consent that could come from the US Department of Justice as federal investigators conduct their own investigation into the MPD.

While city officials have openly resisted the idea of ​​multiple consent decrees, some say it could be the path to broader, more lasting changes in the beleaguered police department.

The article continues after the ad

The MDHR’s investigation into the MPD, which began with the killing of George Floyd by ex-officer Derek Chauvin, culminated in a report released in April concluding that the department had engaged in a pattern of maintaining the discriminatory order. This included racial disparities in the way officers used force and carried out traffic stops, the use of social media accounts to monitor black activists and organizations, and the use of racist, misogynistic and disrespectful.

As a result of the investigation, MDHR and the City of Minneapolis began the process of developing a consent decree or court-binding contract that would outline what changes should be made to MPD policies and a timetable for these changes. The city was initially cooperative but backed out of several meetings with human rights officials due to disagreements over the state agency’s findings and requests for more data.

After weeks of stalemate, state and city officials returned to the negotiating table last month, according to the joint statement of principles between MDHR and the city. While the city still disputes some of the report’s findings, several meetings are scheduled for next month and the two sides hope to reach an agreement by this fall.

“For years, our black and brown residents have spoken to us about the racism they face daily at the hands of the MPD,” City Council Speaker Andrea Jenkins said in the statement. “I stand ready to work with anyone who is ready to fight for justice, fairness and fair treatment for all. More importantly, this includes continued collaboration and negotiations with the MDHR, and I am encouraged that we have reached agreement on a joint statement of principles.

Hownegotiations with the MDHR continue, as does a federal investigation – launched a day after Chauvin was convicted of murder last year – examining whether Minneapolis police have shown an illegal or unconstitutional policing pattern or practice. Federal investigators are examining the MPD’s use of force, including against protesters, its treatment of people with behavioral health conditions, its accountability systems and whether officers engaged in discriminatory policing.

If the DOJ reaches a consent decree with the city, MDHR and the city will modify their agreement to avoid any conflicting provisions in the two court orders.

More could be better

Christy Lopez, a Georgetown law professor and former Justice Department official, said it’s not uncommon for cities and even police departments to have multiple consent decrees in place for separate topics like housing. or schools, or hiring practices. But, she said, it’s rare for a single department to have multiple misconduct-focused consent decrees, citing another notable example in Cincinnati after the police killings of Jeffrey Irons and Roger Ownesby Jr. by Cincinnati officers in 2000.

The article continues after the ad

Lopez, who led the group within the Justice Department’s Civil Rights Division that conducted similar investigations from 2010 to 2017, said multiple consent decrees brokered by multiple plaintiffs — the federal government and private plaintiffs – were beneficial to Cincinnati because they allowed for a greater magnitude in changes to be reflected in the agreements. In the Minneapolis case, where both plaintiffs are government entities, that remains to be seen but it could work the same way.

“It has the potential to be an advantage because you have two groups of complainants who can help ensure that things are implemented that can have a wider scope, and ensure that all the things that need to change are changed,” she said. “And if they coordinate their efforts with each other and with the police department and the city, I think that could work really well.”

Michelle Gross, of the local chapter of Communities United Against Police Brutality (CUAPB), agreed that multiple consent decrees could end up doing more good, arguing that the scopes of state and federal investigations are not the same and therefore could cover more land. in terms of changes to MPD policies.

“The Ministry of Justice consent decrees, while valuable, tend to be a bit more ticked off and the MDHR one will be more about the culture of the ministry and things that are perhaps a little less quantifiable but just as important. ,” she said. “I think having two consent decrees will really broaden the scope of police oversight in this city.”

Since the investigations began, Gross said his group has collected more than 2,300 accounts of Minneapolis residents’ experiences with police and forwarded them to state and federal investigators.

Through their own task force, more than two dozen events, and canvassers asking Minneapolis residents what changes they would like to see in the MPD, CUAPB also worked to draft its own “people’s consent decree.” , emphasizing that solutions must come from the community.

Lopez said state and federal agencies are the plaintiffs in the court orders that will come out of the consent decree process, but it is their duty to act as a conduit for the perspectives, rights and concerns of the public impacted by police in Minneapolis.

“Ultimately, the purpose of these consent decrees is to eliminate patterns of misconduct that violate the rights of members of the public and members of the community,” Lopez said. “So I think they should be centered on that process.”

MinnPost’s in-depth, independent news is available to everyone for free – no paywall or subscription. Will you help us keep it that way by supporting our nonprofit newsroom with a tax-deductible donation today?