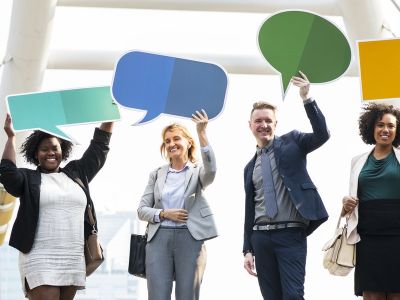 When EJ Kuiper began his tenure as CEO of Omaha, Neb. in January, the idea of ​​creating an internal recruitment agency was already something he had conceived.

Mr. Kuiper, who was also named president of the Midwest division of Chicago-based CommonSpirit Health, came from Springfield, Illinois-based Hospital Sisters Health System, which had worked on such an effort.

Additionally, he learned that the corporate leaders of CommonSpirit, an organization of 140 hospitals, had included a staffing agency in their five-year strategic plan.

“I think it makes sense because we are all facing significant staffing shortages for various reasons,” Kuiper said. Becker’s. “This pandemic has really taken a toll on the workforce, inside and outside of healthcare.”

To address this, CHI Health is working to create pipelines and partnerships with, for example, Omaha-based Creighton University, CHI Health’s academic medical partner, and other training programs in the Midwest division of CommonSpirit to support recruiting efforts, Kuiper said.

While CommonSpirit is building an enterprise-level recruiting agency, it is also working to roll out an internal agency in the company’s Midwest division.

CommonSpirit’s Midwest division has 28 hospitals and CHI Health runs three more. In all, Mr. Kuiper is responsible for 31 hospitals in North Dakota, Minnesota, Iowa and Nebraska.

“We need to make sure we have staff available now, not just for COVID and ICU units, but across the spectrum,” Kuiper said. “Building an in-house agency makes sense on many levels. We plan to recruit people externally, recruit people internally, to join this pool of staff who can be assigned to where the needs are greatest. more important in the division, in the system could be.”

He also noted that COVID-19 outbreaks occur at different times in different regions.

Therefore, “it would be nice to have a workforce, an internal pool of people that you can deploy as needed to various geographic destinations. That’s the underlying concept,” he said. declared.

Plans for an employment agency are underway.

During the planning process, the main task is to find the best way to quickly deploy workers to where the needs are greatest, Kuiper said.

Protocols are being refined. But Mr Kuiper said one option would be to take a tiered approach where a nurse, medical technologist or respiratory therapist would be in a higher paid tier if they had more flexibility geographically. .

“Those are the things we’re looking at, and we want to make sure it’s effective both from a patient care perspective [and is] attractive to our employees.”

Pittsburgh-based UPMC launched its own in-house recruitment agency in December. John Galley, director of health system human resources, said pay for traveling nurses at UPMC is always higher than full-time employees because the job comes with its own set of challenges, including a lack of benefits or little control over their work schedule. .

CommonSpirit’s Midwest division also hasn’t determined what positions would be available for the in-house agency, though it’s clear that will depend on where the greatest needs are and which positions are most needed, a said Mr. Kuiper.

“We are now in the development phase,” he said. “We’re hopeful, looking at national and regional patterns, that this current surge is near or maybe past its peak. We also know that we could get a reprieve of a few months before the next surge occurs. We don’t know when that will happen. Some models show it could be in the fall. But what we want to make sure is that we’ve developed something that we can deploy the next time those needs arise. again and that staff shortages will begin to peak again.

“We will probably never be able to meet all of our needs for traveling nurses, but we are a big enough organization that we think we should have our own staffing agency, which will allow our nurses to travel if they want to go and see different parts of the system,” she said. “That will help us maintain the right levels of nurses a little easier than having to depend on other partners. that we won’t depend on other partners, but we believe that the agency is a step in the right direction.”