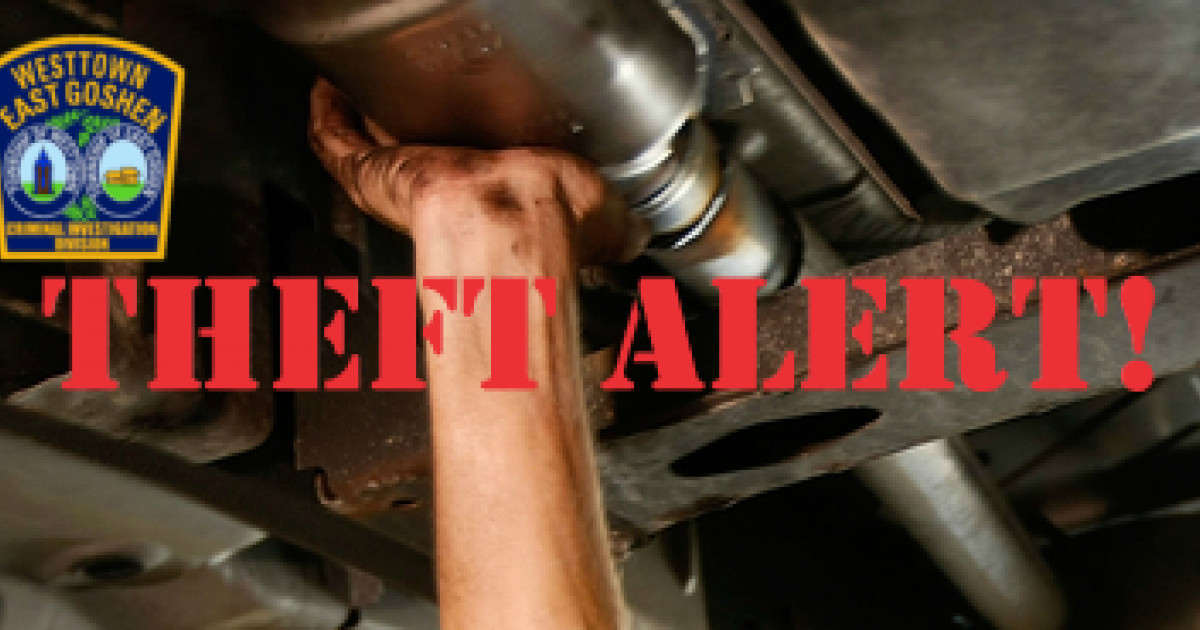 This week, WEGO PD took several reports of incidents involving catalytic converters being cut and removed from vehicle undercarriages. The suspect(s) appear to be targeting local apartment complexes along West Chester Pike in Westtown and East Goshen townships early in the morning between 3:00 a.m. and 6:00 a.m.

WHAT SHOULD YOU LOOK FOR?