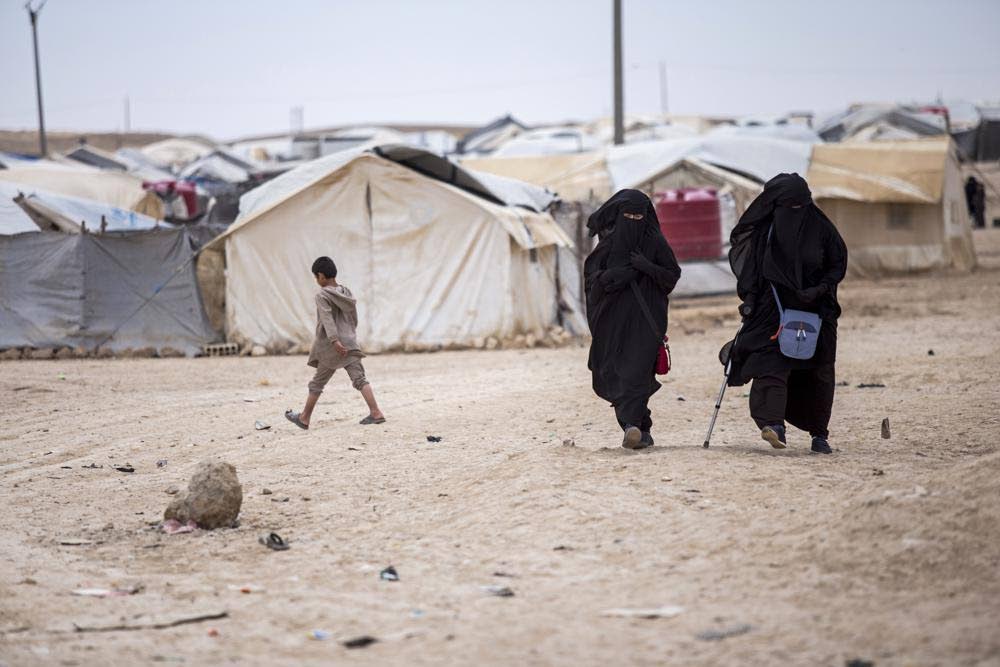 The Strategic Services Agency (SSA) 2021 Annual Report said Trinidad and Tobago now faces a potential threat from terrorist actors whom the SSA appears to link to sympathizers of local individuals who had become foreign terrorist fighters. (FTF) who are now being held in Syria and Iraq. The report was tabled in the Senate on Tuesday, along with the SSA’s annual reports for 2019 and 2020.

“There are approximately 130 local Foreign Terrorist Fighters (FTF) detained in camps in Syria and Iraq. Conflicting figures are still available, given the restricted flow of information from these areas.”

The report expected the issue to keep intelligence and immigration authorities busy, especially if new legislation were to allow mass repatriation.

“Given the court ruling in 2021, local sympathizers – including radicalized local actors who defend and legally challenge the state – may eventually become more disenchanted and hostile to the state.

“Terrorist actors remain a serious threat to TT as they aim to spread radicalized philosophies through moral panic and recruit otherwise disenchanted and easily susceptible people.

“The recruitment of people leaving or entering the prison system, illegal immigrants and others who come from historically radical families, remains an ever-present threat.”

The easy availability of illegal firearms could provide fertile ground for engaged threat actors, according to the report.

“In conclusion, while the terrorist threat has diminished, there are several people who remain radicalized but perhaps disillusioned. This combination is linked to the decimation and non-fulfilment of the Islamic State agenda in the globally and in pursuit of the compromise of Al-Qaeda and other terrorist groups.

“There remain several people of radical leanings, who are either incarcerated or affiliated with incarcerated people, and are motivated to attack prison facilities, as well as other elements and people attached to the national security apparatus.

“The local terrorist threat, although latent, may experience a resurgence as these actors may be galvanized by the various community leaders, possible repatriations of FTFs and the perception that the state is slow to recognize them and their concerns.”

The 2020 SSA report estimated that in 2020 the local terrorist threat had been reduced, with several radical individuals concerned about facilitating the repatriation of detained relatives in Syria and Iraq.

“Their strategy was multifaceted as several protagonists sought to influence the state through the use of social media, international observers and politicians. While the state did not bow to pressure to repatriate nationals, this was partly facilitated by the closure of borders due to the covid19 pandemic.

“There may be increased pressure in 2021 pending covid19 mitigation efforts.”

The report said about 100 suspected TT citizens were in Syrian and Iraqi camps for FTF, including 15 men, 24 women and 63 children.

“It is expected that as desperation grows, supporters will seek to influence governance structures through legislative pressure and through alliances with pressure groups and other civil society associations.

“Some politicians seeking support, influential figures in the legal fraternity, as well as some sympathetic business owners are expected to join the appeal to the government in the hope of giving impetus to the repatriation. .”

The SSA in 2020 said terrorist actors remained a serious threat in the TT due to their radical leanings.

“Their association with the underworld and the use of the drug and ammunition trade to obtain money to facilitate anti-state actions and behavior will continue to attract the attention of law enforcement and law enforcement agencies. intelligence services Recruitment may also become an issue for national security officers, as more and more disenfranchised young people are left behind as schools close due to covid19, reduced opportunities legitimate employment and education.

“Radical extremism is therefore one of the other threats in the terrorism environment. Patterns of radical recruitment should therefore be observed.”

Lawyer Nafeesa Mohammed had, in a Newsday article in September 2020, called for the repatriation of 21 women and 66 children.

“These women and children are displaced people. They are victims. They suffer and beg to go home.

Saying that they had simply wished to live in a Muslim state, she said: “But that fell apart. He crashed. There is no more ISIS and none of us support terrorist activities.

Then-Attorney General Faris Al-Rawi told Newsday in July 2020: “They didn’t go on vacation. They left for terrorism. They were killed in action in ISIS.

“Have you seen what ISIS did? Behead people. Rape children. Rape women. You can’t, in a government position, look past something like that.

“The Muslim community has overwhelmingly argued that we oppose terrorism.”