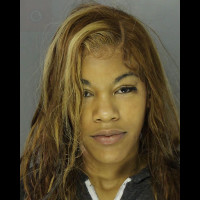 On October 22, 2022 at around 3am, Lower Paxton Township Police Service attempted a traffic stop on a silver Ford Fusion in the area of ​​Londonderry Rd and Sir Thomas Ct. The driver, later identified as Kennedy Jackson-Foucher, failed to stop and fled from the police at high speed. Jackson-Foucher lost control of his vehicle and crashed into a residence in the 3500 block of Schoolhouse Rd in Susquehanna Township. After crashing into the residence, Jackson-Foucher fled police on foot and was apprehended after a short foot chase. After being taken into custody, Jackson-Foucher was observed to be under the influence and was observed to have a suspended license – DUI Related.

M.D.J. Smith set bail at $50,000 straight, and Jackson-Foucher was remanded to the Dauphin County Jail.