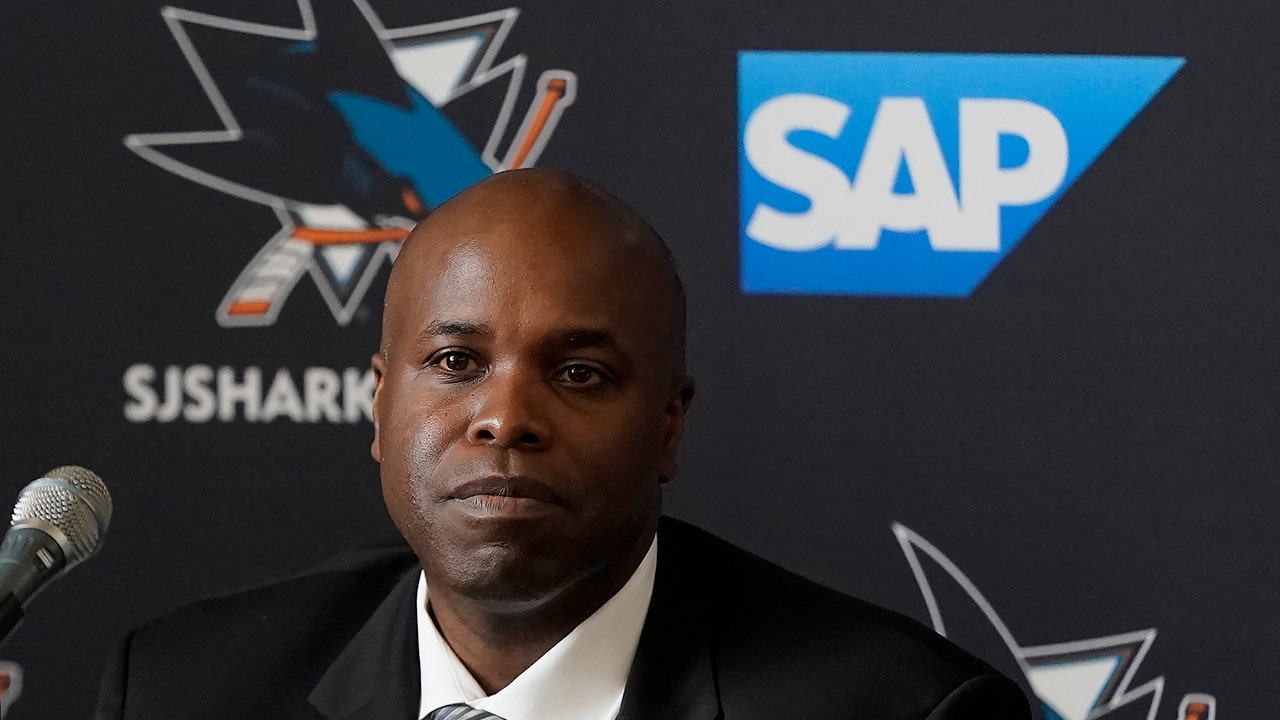 Mike Grier was named general manager of the San Jose Sharks on Tuesday and became the first black man in NHL history to hold the position.

The announcement ended a three-month search to fill the position after Doug Wilson left earlier in the year. Grier was previously a hockey operations advisor for the New York Rangers.

Mike Grier, middle, poses for photos as he is introduced as the new San Jose Sharks general manager between assistant general manager Joe Will, left, and chairman Jonathan Becher at a press conference in San Jose, Calif. on Tuesday, July 5. , 2022.
(AP Photo/Jeff Chiu)

“It means a lot to me,” Grier said at a press conference. “It’s not something I take lightly. I realize there’s a responsibility that comes with the territory. But I’m all for it. How I behave and how this organization behaves, I think that we’ll do well, and hopefully we’ll leave an imprint and open doors for people to follow.”

Grier played in the NHL from 1996 to 2011. He was a member of the Edmonton Oilers, Washington Capitals, Buffalo Sabers and Sharks. He played 448 games and scored 81 goals with 102 assists.

Sharks team president Jonathan Becher said Grier was the best candidate from a deep pool and that Grier’s experience as a player, scout, coach and manager gave him the edge.

“I hope you inspire a lot of people and I hope you’re the first and definitely not the last,” Becher told Grier.

Previously, Grier was a scout for the Chicago Blackhawks, an assistant coach for the New Jersey Devils and worked in the front office for the Rangers.

Mike Grier listens to questions as he is introduced as the San Jose Sharks’ new general manager during a press conference in San Jose, Calif. on Tuesday, July 5, 2022.
(AP Photo/Jeff Chiu)

Joe Will had served as interim general manager. San Jose announced that head coach Bob Boughner and three assistants will not be returning next season. Grier will now have the option to install his own coaching staff with the NHL Draft and free agency afterward.

“It’s definitely a balance. I don’t want to get ahead of myself and be the kid in a candy store and say ‘I can go get this. I can go get that. We have to be patient and stay true to the vision we believe in and not rush things. I think we’re going to chart a course and stay the course and not rush anything and get ahead of ourselves and end up digging a hole that we can’t get out of in the future,” he said. said.

Grier comes from a family of successful sports executives. Bobby Grier, his father, worked in the offices of the New England Patriots and the Houston Texans. Chris Grier, his brother, is the general manager of the Miami Dolphins.

Chris Grier released a statement about his brother breaking down barriers in the NHL.

“I am incredibly happy and proud of Mike. The San Jose Sharks organization is hiring a man of character and integrity. He has always been respected on and off the ice by his peers,” Chris said.

“Mike will bring his work ethic and passion to the job every day. Mike understands the game, with the intelligence, experience and knowledge to succeed as a General Manager. Our parents deserve all the credit for how they raised us. We were very lucky to be able to watch and learn from our dad, Bobby, as we grew up. Congratulations to Mike and the San Jose Sharks on a great hire!”

The Associated Press contributed to this report.

Ryan Gaydos is the sportswriter for Fox News and Fox Business. Story tips can be sent to [email protected]