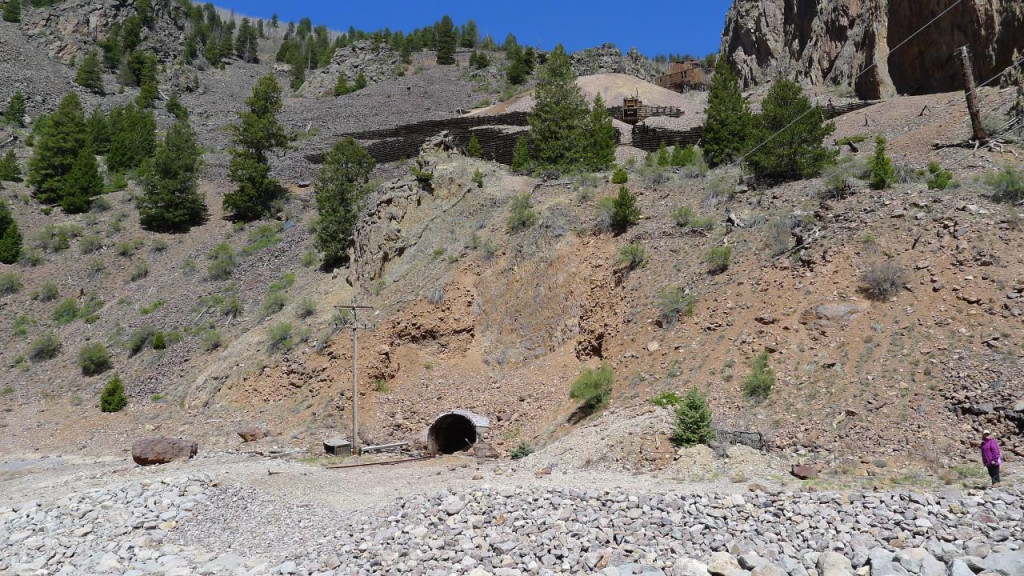 MINERAL COUNTY – Work continues on the Nelson Tunnel project north of Creede as spring makes its way to the high country. Dania Zinner, US EPA Region 8 Remediation Project Manager with the Environmental Protection Agency, said in an interview on Tuesday, April 5 that the project is on schedule and progressing well.

As work was being completed on Level 5 of the Commodore mine, the EPA noticed large rockslides which signaled the need to work on releasing the pressure built up by the water flowing through the Nelson Tunnel which is located under the Commodore mine.

It is further explained by Zinner that throughout the process, “DRMS monitored water levels and working conditions in 2016, 2017 and early 2018 and reported that conditions in the level 5 Commodore tunnel were deteriorating at an increasing rate.As the works continue to deteriorate without intervention, further rockfall could completely block the water flow path between the two tunnels, hampering the decompression that the The Commodore Level 5 tunnel currently provides.Such a blockage would also prevent any inspection of water levels beyond, eliminating any knowledge of the amount of water retained in the system.

According to Zinner, the project is in the final phase of the removal process which included stabilization areas of the Level 5 Commodore Tunnel to prevent further deterioration. Clearing a lot of debris such as rockfall from the tunnel roof or tunnel floor walls to prevent water from pooling. Maintain and maintain vertical connections between Commodore Level 5 and the Nelson Tunnel Maintain physical access between the Commodore Level 5 Tunnel and the Nelson Tunnel. Rehabilitate the portal door structure and maintain the Level 5 Commodore Tunnel; walls and roof for worker access.

“This removal effort will aid any future repair efforts at the Superfund site by ensuring continued access to key portions of the Nelson Tunnel for corrective design and water level monitoring. There are also plans to keep the Level 5 Commodore Tunnel open so that it can relieve pressure on the Nelson Tunnel impoundments and thereby reduce the likelihood of a large, sudden and uncontrolled release of the Nelson Tunnel,” Zinner said.