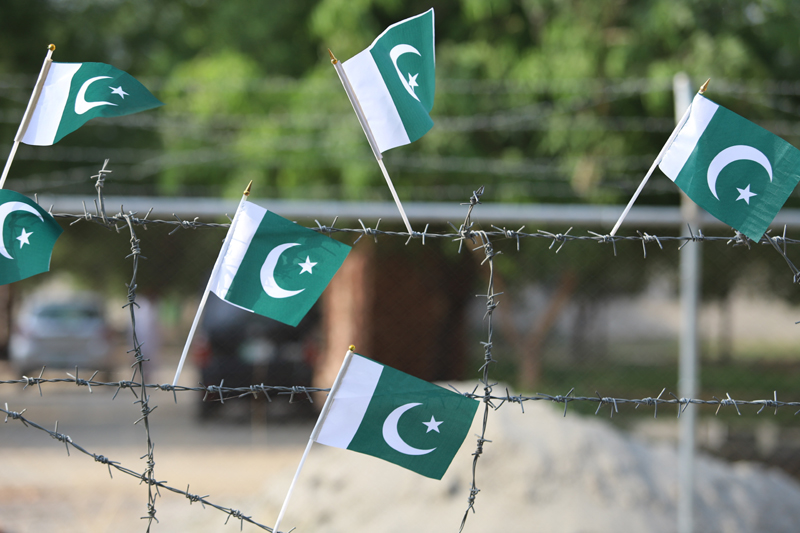 Moody’s Investors Service has revised the outlook for the Pakistan Water and Power Development Authority (WAPDA) from stable to negative.

At the same time, Moody’s affirmed the B3 corporate family rating (CFR) and its B3 basic credit assessment (BCA).

The rating action follows Moody’s affirmation of the Government of Pakistan’s B3 ratings with an outlook revision to negative from stable on June 2, 2022, Moody’s website read.

“WAPDA’s rating action reflects the close link between its credit quality and that of the Government of Pakistan, given the full ownership and direct supervision of the government, as well as the fact that WAPDA operates solely in Pakistan,” said Yong Kang of Moody’s. Analyst.

WAPDA’s B3 CFR is primarily driven by its B3 BCA and Moody’s assessment of a high likelihood of support and a very high level of reliance on the Government of Pakistan (B3 negative) in the event as needed, as part of Moody’s Joint Default Analysis (JDA) for government-related issuers.

WAPDA’s b3 BCA reflects its position in Pakistan’s power sector as the dominant hydropower provider, as well as the recurring financial support it receives from the government. At the same time, BCA is constrained by the company’s weak financial profile due to its large hydropower capacity expansion plan, long receivables cycle and late tariff decision.

Moody’s expectation of a high likelihood of government support is based on the fact that the Pakistani government fully owns and directly supervises the company.

It also reflects the company’s strategic importance to the government, as an important platform to (1) construct and operate hydroelectric assets to provide affordable electricity, and (2) build water storage facilities. to help address the country’s acute water challenges.

However, these considerations are offset by risks arising from the low predictability and transparency of government policies, which resulted in a change in Moody’s support assumption to high from very high, under its JDA approach.

Although there is no explicit improvement incorporated into the rating, the high probability of extraordinary support indicates some degree of stability in WAPDA’s credit quality, even if the company’s BCA were to be lowered, assuming no material change in the relationship between WAPDA and the government.

The company’s delays in collecting revenue are mainly due to the severe lack of cash at the Central Power Purchasing Agency (CPPA), the state agency that purchases electricity from generation companies on behalf of utility companies. distribution of the country.

This revenue shortfall stems mainly from (1) the discrepancy between low electricity tariffs for end users and the high costs of thermal electricity generation, (2) high transmission losses and (3) the low collection by end users of electricity tariff payments, which increases the leverage effect of CAPP and limits its repayment capacities.

Moody’s expects WAPDA’s funds from operations (FFO) to debt ratio to remain low at around 2% to 4% over the next two years, due to (1) the company’s large capital expenditure plans to expand its hydroelectric capacity and (2) the persistent delay in collecting electricity revenues, which puts pressure on the company’s working capital. That said, such a level of ratio remains within Moody’s expectations for WAPDA’s b3 BCA.

In terms of environmental, social and governance (ESG) factors, Moody’s considered that WAPDA is exposed to environmental risks primarily due to physical climate risks in the form of extreme weather, partially offset by positive transition exposure. carbon as a hydroelectric producer.

The negative rating outlook reflects the negative outlook on Pakistan’s sovereign ratings, given the close link between WAPDA’s credit quality and that of the government.

Moody’s could change the outlook to stable or upgrade WAPDA’s rating if the agency makes a positive sovereign rating decision and there is no significant change in the relationship between WAPDA and the government.

The BCA could be lowered if WAPDA’s profitability or financial position weakens further such that its FFO/debt falls below 2% and FFO interest coverage remains below 1.2x sustainably in due to (1) changes in Pakistan’s regulatory environment, (2) aggressive debt-financed investments without timely tariff adjustments, and/or (3) further delays in collecting electricity revenues.

However, a moderate weakening of WAPDA’s BCA should not immediately lead to a downgrade in its rating, due to the high probability of extraordinary support from the Pakistani government.