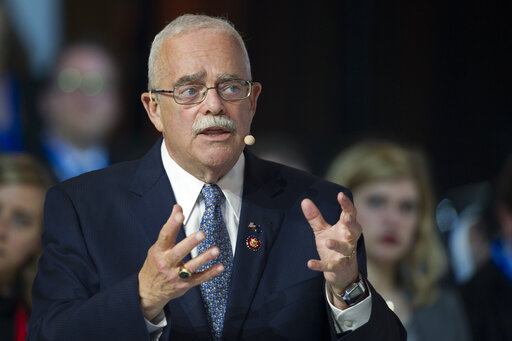 A top House Democrat is trying to revitalize the federal government’s entry-level talent pool, with agency internship programs struggling to prime the pump with recent graduates, students and others.

As he teased in October, Gerry Connolly (D-Va.), Chair of the House Oversight and Reform subcommittee on government operations, introduced new legislation on Wednesday. The 47-page bill, known as the Next Generation of Federal Employees Construction Act, or Next Gen Feds Act, attempts to improve the current federal internship program.

The bill would create a new federal internship and fellowship center within the Office of Personnel Management, which would centrally manage and promote all government internship programs. The Council of Human Capital Managers provides advice on how the new center can more effectively attract and recruit potential interns, and hire successful ones to permanent positions.

Under Connolly’s legislation, the OPM and this new center would be tasked with creating a centralized online platform that advertises all federal internship opportunities, as well as a standard application form for students and agencies.

The legislation would require the OPM and the new Federal Internship Center to establish standards for these programs, including, for example, a process for agencies to conduct exit interviews with interns and fellows about their experiences of internships. work in the public service. In addition, executive branch agencies should appoint internship coordinators, who will develop plans for recruiting, training, mentoring and hiring interns in their respective organizations.

And the bill is piloting a program allowing agencies to recruit interns and fellows from under-represented communities.

“People who graduate from the best schools are not drawn to federal service,” Connolly said Wednesday during a hearing on the future of federal work. “The interns for the federal government are not either. We need to change that. “

The legislation includes new wording to ensure that federal interns and fellows are paid for their time, a priority that the current administration detailed in a June executive order on diversity, equity, inclusion and inclusion. accessibility.

And perhaps more specifically, the new bill codifies elements of the existing Pathways program. It paves the way for successful interns who complete a year of federal service to seek permanent government employment without competition, because “the conditions of good administration require that these positions be excluded from competitive hiring rules”, according to the legislation. .

The bill notes that the “Pathways Program serves as a complement to and not a substitute for the competitive hiring process” and states that agencies use the program “to develop talent for careers in the public service”.

In addition, the legislation gives successful federal interns additional credit for permanent government positions through competitive hiring procedures, an additional measure designed to give them a boost in the traditional merit-based civil service.

Data shows that the government as a whole is offering significantly fewer paid internships through the Passport program today than it was ten years ago. Agencies offered 60,000 paid internships in 2010, up from just 4,000 in 2020, according to the Biden administration’s latest budget request.

Federal human resources officials from the previous administration – and most recently OPM director Kiran Ahuja – have said they recognize the challenges of the existing Pathways program. The debate over the federal internship program has taken place over the past decade, with some arguing that giving interns a direct route to permanent federal employment – without having to go through competitive hiring procedures again – is an affront. to the traditions of the merit system.

Connolly shrugged off the idea at Wednesday’s hearing.

“The idea that this is somehow a violation or a profound circumvention of the merit-based hiring system of the public service is a bit of an exaggeration given that we are talking about less than 1% of the workforce. “All of the federal workforce being interns, if we’re lucky,” Connolly said.

The National Association of Federal Active and Retired Employees (NARFE), which approved the bill, said it sees law enforcement as just another tool to bring young talent into government jobs.

The NARFE said the target was laudable, given that 6.9% of federal employees are under the age of 30 today, but nearly 30% of the workforce is eligible for retirement in a year or so. of them.

“You’re looking to create the pipeline, you might say, to encourage people to apply, not only to apply, but also to enter the federal workforce,” said Ken Thomas, National President of NARFE. “I’m not sure the review is deserved.”

Members of the subcommittee spent much of the hearing questioning or praising the value of telework in government. Others criticized the administration’s federal mandate for employee vaccines.

“To make it easier to identify internships and scholarships in federal agencies… there is a lot of merit in that; that makes a lot of sense, ”he said. “But of course I would like to know more about the other provisions of the bill as we go along.”

“I hope after some thought and consideration he might want to be an original co-sponsor of the Trainee Bill because I think it is a tool … in a much bigger challenge that we face. to the federal government, ”Connolly said.