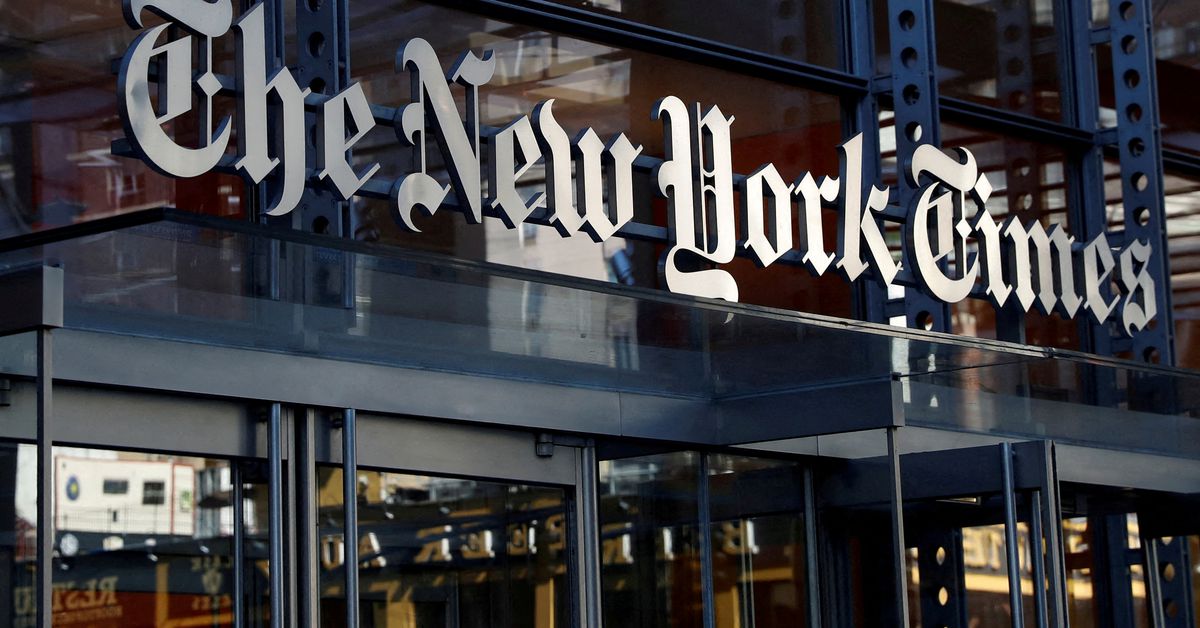 Jan. 5 (Reuters) – U.S. labor officials filed a lawsuit accusing The New York Times Co (NYT.N) of illegally interfering with the organizing efforts of tech workers by banning a group of workers from protesting their union support.

In a complaint dated December 29, an acting regional director of the National Labor Relations Board alleged that the newspaper’s publisher had wrongly interfered with, restricted and coerced employees to exercise their rights under federal labor law.

“We strongly disagree with the union’s allegations regarding the supervisory status of certain technology workers and welcome the opportunity to explain our position to the board,” said Danielle Rhoades Ha, Times spokesperson, in a statement.

Register now for FREE and unlimited access to Reuters.com

The complaint came in response to an unfair labor practice complaint filed in June by the Communications Workers of America NewsGuild, which represents many Times employees and last year launched a campaign to unionize its technical workers.

These workers announced in April that they had formed a union representing around 650 employees, including software engineers and product managers.

The company refused to voluntarily recognize the Times Tech Guild, forcing the issue to proceed to a formal election through the NLRB.

In the complaint, the NLRB alleged that management in May, in a virtual hearing held by Zoom, told employees that they were prohibited from showing union support while acting as “trainee managers” and continued to maintain this rule.

The Times Tech Guild, in a series of Twitter posts on Wednesday, said the NLRB offered the company an opportunity to settle the charge, but the charge declined. The NLRB will now pursue the case before an administrative judge at a hearing in March.

“It’s frustrating to see this response, yet another example of a pattern of delays we’ve experienced at every stage of our campaign,” the Times Tech Guild said.

Register now for FREE and unlimited access to Reuters.com

Reporting by Nate Raymond in Boston; Editing by Leslie Adler