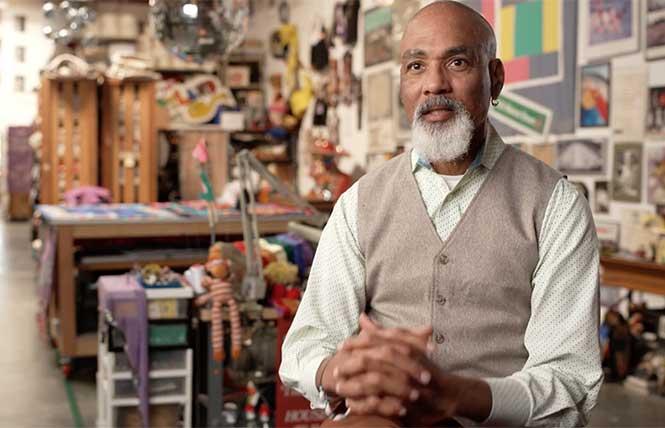 The National AIDS Memorial Grove has released its latest mini-documentary, “The Black Community and AIDS,” the seventh film in its oral history project. It chronicles the personal stories of nearly two dozen survivors and advocates from across the United States who thrive and share their hopes and struggles regarding the HIV/AIDS epidemic and its disproportionate impact on the black community, said a Press release.

“This mini-documentary is about the work of the National AIDS Memorial to address the impact of HIV/AIDS in the black community,” said John Cunningham, CEO of AIDS Grove. “We are so grateful to the survivors and advocates featured in this film who have shared their stories and whose work is helping to make a difference by changing the statistics and finally helping to curb the disproportionate impact of this epidemic on the black community. .”

The film was produced and directed by Jörg Fockele. The film screened at Frameline, San Francisco’s LGBTQ film festival, as well as festivals and HIV/AIDS events across the country, the statement said. It will also be featured as part of the AIDS Grove’s Change the Pattern initiative which began this week and is partnering with the Southern AIDS Coalition and Gilead Sciences Inc. to bring panels of the AIDS Memorial Quilt into the South as an educational tool.

Funded by the Grass Roots Gay Rights Foundation, the We Rise LGBTQ Scholarship is a one-time $2,500 award to support Bay Area LGBTQ students pursuing business and technical degrees and certificates as well as associate degrees and license, according to a press release. With a focus on students who share a commitment to advancing LGBTQ rights, the scholarship will award its first awards later this year, the statement said.

Scholarship applications are accepted until October 26. For more information and to apply, Click here.

In other Horizons news, its annual gala takes place Saturday, Oct. 2, from 6-9 p.m. at the Fairmont Hotel, 950 Mason Street in San Francisco, as noted by the Bay Area Reporter in a recent article on the benefits of the LGBTQ drop. The event will be streamed live for those who join at home. More information is available here.

Equality California, the statewide LGBTQ rights organization, announced that it is partnering with Uber to provide free round-trip rides (up to $30 per ride) to MPX vaccination sites throughout the state.

According to a press release, the EQCA and Uber are working to ensure that members of the LGBTQ+ community and other eligible individuals have the opportunity to protect themselves and their loved ones from MPX. The outbreak began this spring and, in California, primarily affects men who have sex with men.

“As vaccines become increasingly available in our state, it is critical to ensure transportation is not overlooked,” said Tony Hoang, executive director of EQCA. “We are extremely grateful for our long-standing partnership with Uber and their commitment to lived equality for all LGBTQ+ people.”

To claim a code for a race and more information, Click here.

It’s that time of year again. San Francisco LGBTQ nonprofits can now book a showcase at Castro Walgreens to promote their agencies in 2023.

OurTownSF’s Gary Poe is now handling reservations, which are free. Since 2001, the Walgreens at 18th and Castro Streets has generously offered its window, which enjoys an abundance of foot traffic on Castro Street, to nonprofits to promote their organizations.

In the past, Poe wrote in a press release, exhibits with eye-catching artistic creativity attracted the most attention from passers-by. Groups can promote themselves, the services they offer, and their upcoming major events.

Interested organizations should contact Poe at [email protected] to be notified of open booking dates for next year. The Reservations Coordinator prioritizes reservations on a first-come, first-served basis.

OurCitySF is a reference guide for over 300 nonprofit LGBTQ service agencies, arts, and sports groups.

The San Francisco Police Accountability Department has released a Case Tracking Portal that allows complainants to independently view the status of their case and submit documents for case reviews or hearing requests. online investigation.

Paul Henderson, a gay man who is executive director of DPA, said in a press release that the goal of the new portal is to increase transparency while ensuring privacy.

The new portal was made possible by technological advancements DPA has made over the past few years, with the ability to integrate a new case tracking page into its current Salesforce case management system, the statement said. This allows complainants to access information or download documents more securely.

Little Brothers-Friends of the Elderly, an organization that helps isolated seniors, will host an in-person fundraiser on Saturday, October 15 from 11 a.m. to 4 p.m. at Little Marina Green, 5517 Yacht Road in San Francisco.

The San Francisco-based agency, also known as LBFE, will host Paws for a Cause, a unique occasion to celebrate the gathering that focuses on humans and their canine friends, according to a press release. “It also helps restore relationships between LBFE seniors and our volunteers,” said Cathy Michalec, Executive Director.

People don’t need to have a dog to attend, organizers noted. There will be food, games, a photo booth and more, the statement said.

Tickets start at $20 and can be purchased here.

Help keep the Bay Area Reporter going during these trying times. To support local, independent and LGBTQ journalism, consider become a member of the BAR.