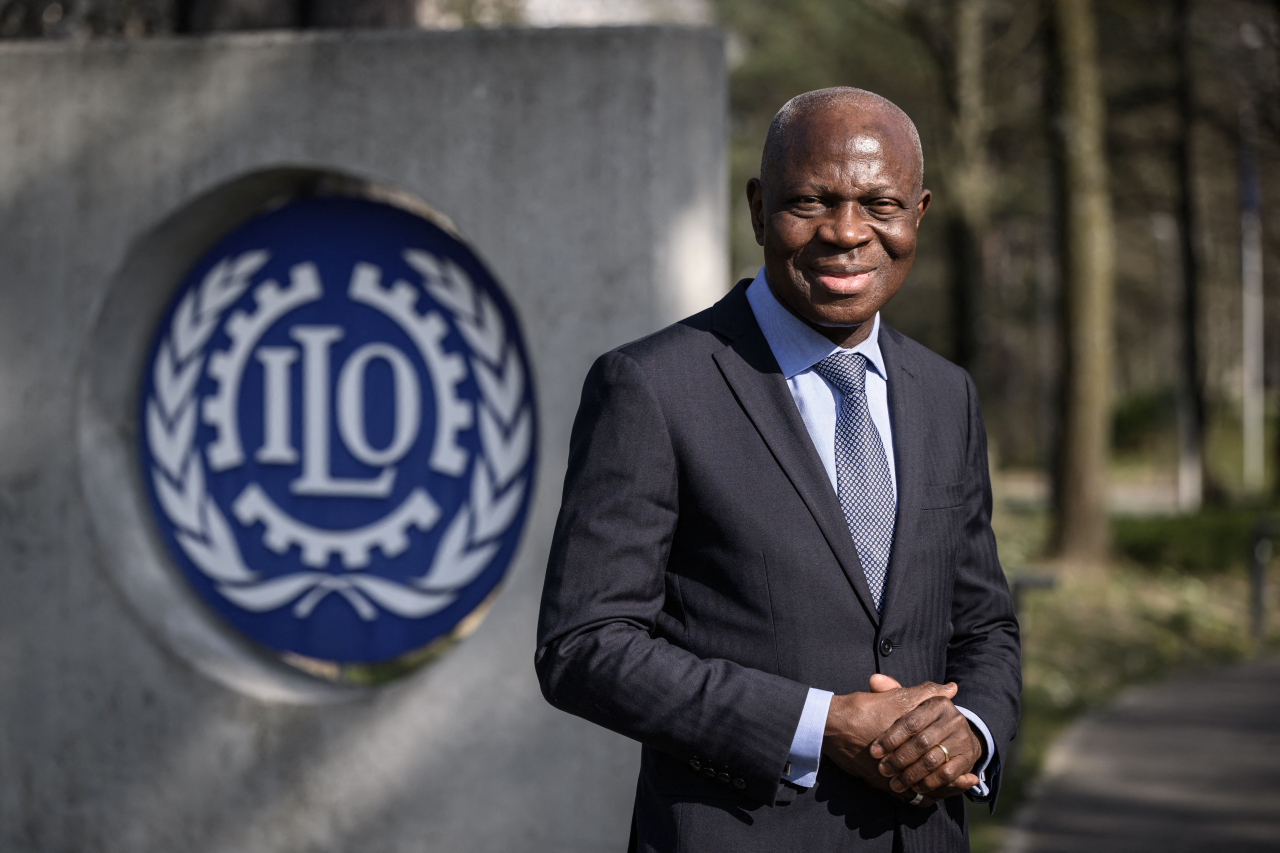 By Clayton P. Sanders Last updated Mar 27, 2022
Share
GENEVA (AFP) — Gilbert Houngbo, the former Prime Minister of Togo, was elected on Friday to head the International Labor Organization and will become the first African to head the UN agency.

After two rounds of voting, the governing body of the ILO elected the 61-year-old to succeed British trade unionist Guy Ryder, who resigned at the end of September after 10 years in office.

“You made history,” Houngbo told the governing body after the election.

“I am deeply and absolutely honored to be the first representative from the African region to be chosen to lead the ILO after 103 years.”

Houngbo was chosen out of five candidates and had been seen in a strong position after the African Union threw its weight behind him.

Currently heading the Rome-based International Fund for Agricultural Development (IFAD), he has also enjoyed strong support from the labor side.

Houngbo’s victory marks a sea change for the ILO which, since its founding in 1919, has been led only by men from Europe or the Americas.

The governing body of the organization has 56 members, half of whom represent governments and a quarter each representing employers and workers.

The ILO said Houngbo got 30 votes in the second round, securing a majority. Penicaud received 23, Kang two and Mdwaba one.

After the first round, Vines was eliminated.

Houngbo, who was born in rural Togo in what he described as “extreme poverty”, hailed the “rich symbolism” of his victory.

The result of the vote, he told the governing body on Friday, “responds to the aspirations of a young African, a young African boy whose modest upbringing has turned into a lifelong quest for social justice.”

The married father of three has spent much of his career working with international organisations.

Houngbo will take over as head of the ILO on October 1 and will have his work cut out for him as the organization strives to adapt its standards to a world of work that is rapidly changing due to changing technologies.

The Covid-19 pandemic has only accelerated these changes, driving the rapid adoption of virtual technologies to enable remote working.

“We must respond in a concrete way to the socio-economic consequences … of Covid-19,” he told AFP in an interview, pointing in particular to the impact on many people in the informal sector, without a safety net. of security.

“My ambition, my dream, is to lead this organization, which should ensure that every household… has a minimum of social protection.”

While emphasizing the need to protect workers’ rights, Houngbo, who has also worked in the private sector, including at Price Waterhouse in Canada, insisted that as head of the ILO he would also represent the interests of governments and employers.

“I think that in a role like mine, the role of general manager, you have to be a unifier. That’s the challenge.”

With his victory, the ILO will become the third major international organization in Geneva to be led by an African, after the World Health Organization elected its first African leader in 2017, as did the World Trade Organization. last year.

Houngbo stressed that he would not come as a representative of only one region.

“Although my origins are African, my outlook is global,” he said.

“At an unfortunately divisive time, my commitment to being a unifying CEO remains strong. (AFP)

Has your tax refund been blocked? You could have your money by the end of the year