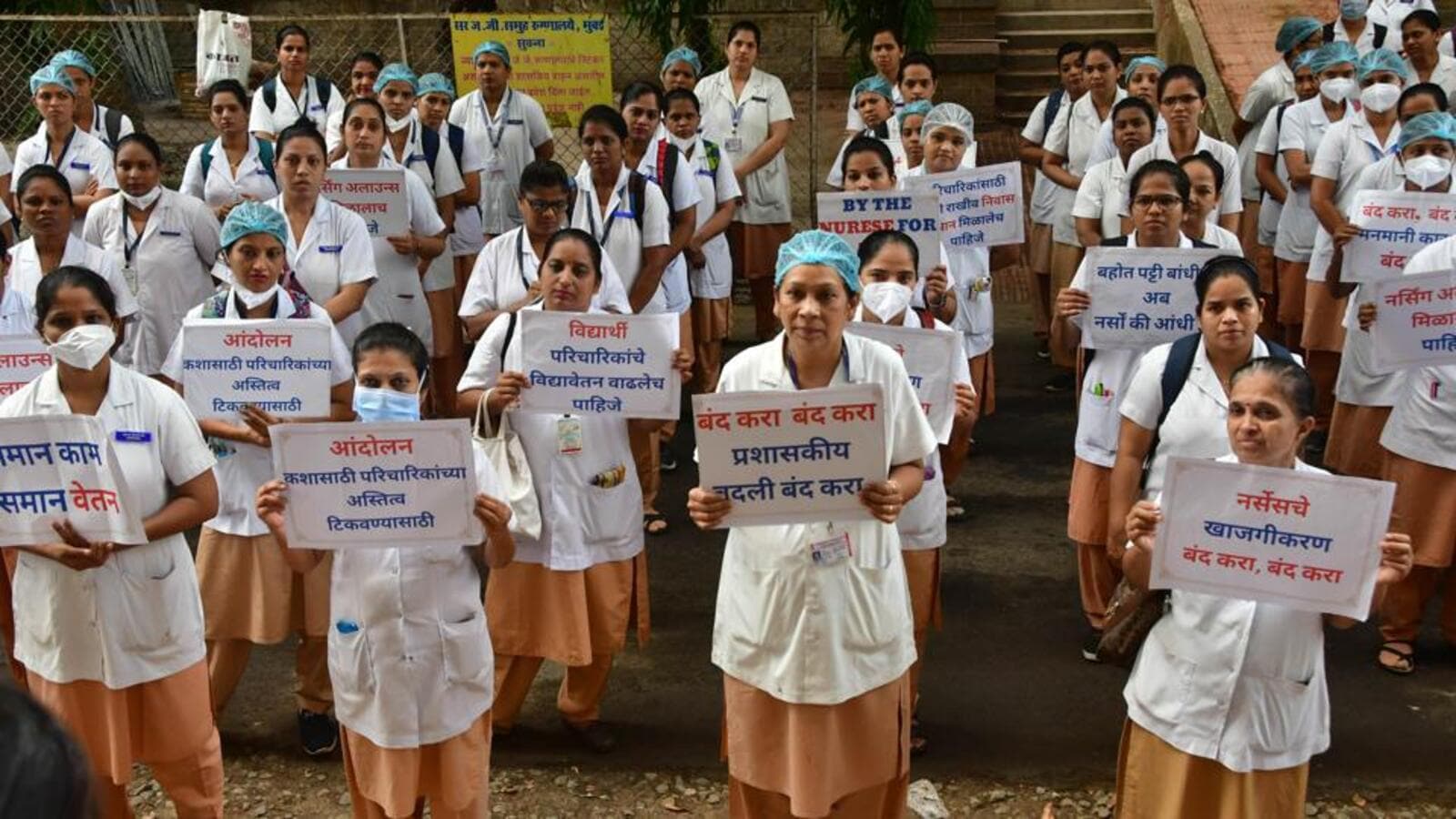 Mumbai A government resolution (GR) allowing the hiring of nurses on a contract basis through a private agency caused a stir across the state. Nurses and nursing students in Maharashtra have started symbolic protests since Monday and have threatened to go on an indefinite strike from Saturday if the government does not abandon the new order.

Nearly 4,500 nursing positions are currently vacant in hospitals under the Department of Education and Medical Research (DMER). The GR published on April 13 indicated that 1,769 of these vacancies could be filled by subcontracting the hiring to an external agency. Nurses and their associations are speaking out against the government for privatizing the hiring process.

“When vacancies are filled on a regular basis, candidates are hired more competitively. On the other hand, when a private agency hires, they get candidates ready to work at low wages and competence will always be secondary,” said Arun Kadam, executive chairman of the Maharashtra State Nurses Association. .

He further added, “The state’s decision to outsource hiring will also lead to the exploitation of nurses. It is a known fact that private agencies earn a lot of money but employees hired on a contract basis earn little. Such a government order also has long-term implications for future nurses,” he said.

Since Monday, the nurses have been boycotting work for an hour between 7:30 a.m. and 8:30 a.m. If the government does not comply with their request, they will boycott work all day Thursday and Friday. “From Saturday, we will go on an indefinite strike across the state,” said Manisha Shinde, president of the association.

Along with the scrapping of the GR, nurses also demanded “on-demand transfers” instead of regular, mandatory transfers. “Transfers deeply affect nurses as they have many domestic responsibilities like caring for children, parents, in-laws, etc. Therefore, nurses should only be transferred if they ask for it,” said Kadam.

The nursing associations had several meetings with the DMER authorities last week. “We met with many of their representatives and asked them to call off the strike,” said Dr Ajay Chandanwale, co-director of DMER. “Outsourcing hiring is a temporary solution to ensure that patient services are not affected. The regular permanent hiring process will begin soon,” he said.

The symbolic strike did not affect work in hospitals, however, patient services are likely to be affected if nurses go on the one-day strike.