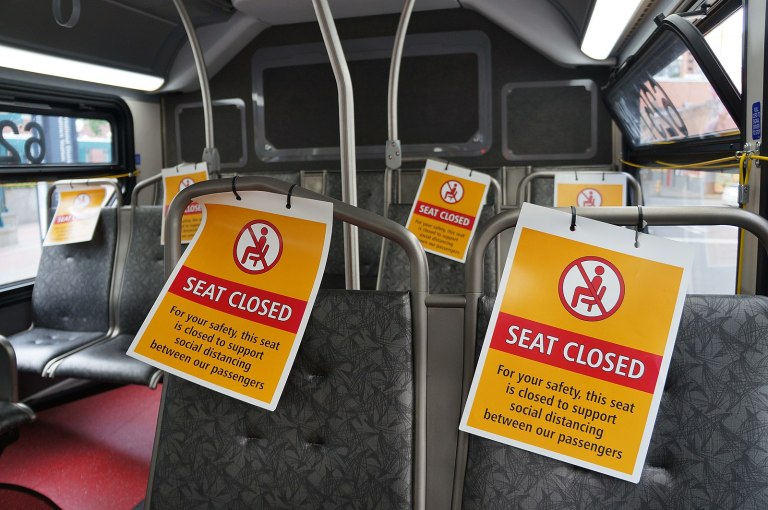 One thing we learned during the pandemic: public transit is not dead

There’s one statistic in the latest Commute Seattle report that offers a ray of hope for transit advocates. In a report that also shows a sharp drop in public transit travel between 2019 and 2021, coupled with a dramatic increase in telecommuting — arguably a double whammy of bad news for future transit investment — there has a conclusion that points to a potential public transit renaissance.

The survey showed that a key block of inner-city workers, small business employees (between 1 and 49 employees), represent the largest untapped market for transit.

According to the city’s Office of Economic Development, small businesses — places with 50 or fewer employees — make up 95% of businesses in Seattle. Given the large footprint of small businesses, it’s time for the city to craft a policy that not only serves this important workforce, but also serves Seattle’s goal of being a green and sustainable city.

In its report, Commute Seattle, the local nonprofit that provides alternatives to solo car rides, describes the encouraging news as follows: “Unmet demand for employer-paid public transit is higher in employees of small construction sites than among their counterparts of larger ones.” In other words, despite all the pessimistic rhetoric about public transit, the untapped demand is definitely there.

At a time when some city planners worry about a post-pandemic world that pushes train and bus travel aside, the news that small business employees would like to use public transport, but don’t, is particularly welcome because small business employees employ a disproportionate percentage of the downtown workforce. The most up-to-date information on downtown employment comes from a November 2020 report from the Office of Economic Development, which, in addition to the 95% number shown above, also found that businesses under 50 employees constitute nearly 200,000 jobs, about one-third of all jobs in the city.

Transit demand numbers tell the story: In the smallest businesses in downtown Seattle, those with between one and nine employees, more than 40% of employees said that transit passes in common are “not available” from their employer, but “they would use them” if they were. For companies with 10 to 49 employees, the number was 25%. Based on their outreach, people who work at the city’s small businesses are overwhelmingly hotel, restaurant, healthcare and home health care workers, Commute Seattle says.

Only 23% of employees in the smallest businesses and 32% of workers in large small businesses say that subsidized transit programs are actually available and that they use them. This means that the interest in public transport in these small businesses totals 64% and 56%, respectively, as shown in the graph above.

In the smallest businesses in downtown Seattle, those with between one and nine employees, 40% of employees said that transit passes are “not available” from their employer, but “they would use them” if they were.

Incidentally, at the largest companies in the city, with 100 or more employees, such as Amazon, the use of transit benefits is high, at 60%. This high usage is easy to explain: State law requires large employers to make a “good faith effort” to use commute reduction plans to meet state travel goals. environment and traffic congestion. What stands out from this figure is that it is roughly equal to the number of pro-transit among employees of Seattle’s smaller companies. This raises a question: why is public policy only aimed at getting white-collar workers to work, but not small business employees, including workers?

It should be noted that the high demand for public transit benefits from small business workers comes from people who have yet to experience the practical benefits of public transit (no gas bill, particular) in their current job. Just imagine how those numbers would climb if those employers offered to subsidize their ORCA cards and word spread among co-workers about the benefits. As Madeline Feig, communications manager for Commute Seattle, says, “The best way to let people know if public transit will work for them is to get transit passes — it makes the decision easier. It’s hard for people to know if they would use this type of benefit if they never had it. In short, total interest in transit may be much higher than the Commute Seattle report suggests.

Data on intense demand on small yards overlaps with another reality that has become clear during the pandemic: ridership data from nationwide transit agencies, including Sound Transit and Metro, showed that people from working-class communities and communities with large BIPOC populations continued to ride or return to public transit more quickly during the COVID-19 crisis.

I connect these two blocks of commuters – those working in small businesses and low-income and essential workers – because it reveals a strategy that could put public transport back at the forefront of our vision of the city, even as hybrid working models in the corporate world seem poised to undermine it. The Strategy: Invest in public policy that brings public transit to those who need it most.

“One of the most immediate steps we can take to address transportation inequity,” says Nick Abel, longtime program manager for Commute Seattle, “is providing transit opportunities to essential employees.”

Of course, subsidizing public transit — or providing free public transit — to 200,000 workers costs money. The good news is that big employers are already paying. Sound Transit, for example, received about half of its fare revenue from employers’ commercial accounts, or more than $48 million of the $97 million the agency received in fare revenue in 2019.

Given this status quo, given the environmental and urban benefits of increasing the number of people on public transport and given the unmet demand, it would make sense to replace this private cost with a higher business tax broad and incremental (smaller businesses pay less) to cover both the current cost at larger companies like Amazon and the cost to bring in new small business passengers.