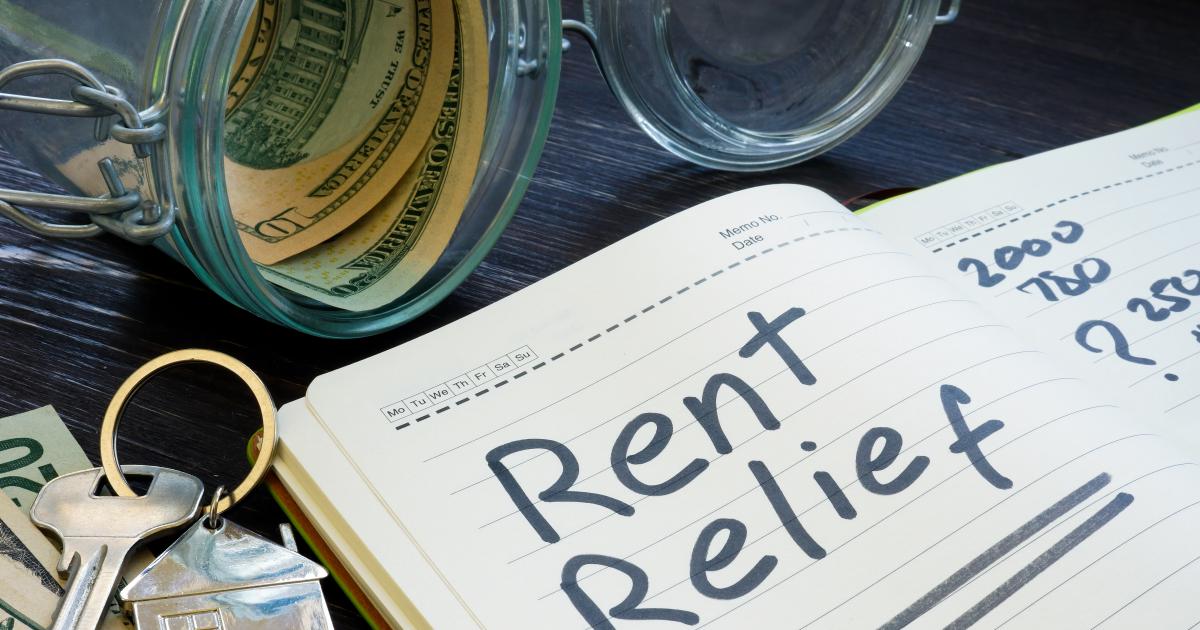 When Rae Bloodgood applied for the Oregon Emergency Rental Assistance Program (OERAP) in June, she knew she wouldn’t be able to pay rent for July – and probably not August or September either. In August, Bloodgood said his request for three months’ rent was still pending approval.

“I’m afraid of being kicked out of this housing market,” Bloodgood said. “It just puts a red stamp on you, where it’s going to be incredibly difficult to find a spot right now.”

Bloodgood moved from the East Coast to Portland in January 2020 after her fiance died and, due to the pandemic, found herself unable to make ends meet and live in her van during the winter. After a series of volatile and dangerous housing situations over the spring and summer, Bloodgood finally garnered enough unemployment and self-employment as a musician to secure an apartment in northeast Portland.

“My accommodation right now is usually last minute, but it’s my dream little apartment,” Bloodgood said, adding that she was unsure how long she could keep her dream apartment, although OERAP could be his best chance.

Bloodgood joins over 26,000 other tenants across Oregon who have requested assistance through OERAP. The application system was inundated shortly after it opened on May 19, according to Oregon Housing & Community Services (OHCS) representative Connor McDonnell, noting the high demand for those trying to avoid eviction or unmanageable debt in the form of rent arrears.

Bloodgood, as a Portland resident, lives in what has been one of the slowest areas in the state for aid dispersal; Multnomah County.

According to OERAP’s weekly report dashboard, not a single tenant in Multnomah County had received assistance as of August 9. In fact, the vast majority of Multnomah County applications were not consulted at all; 6,951 of the 9,367 complete applications are still awaiting initial review. Surprisingly, $ 0 has gone to the state’s most populous county, although the county has already approved more than $ 1.56 million for the 238 applicants, a small fraction of total applications.

The aid program is funded by the US Treasury and administered at the state level by Oregon Housing and Community Services. Local administrators are primarily community action agencies, which in Multnomah County are Multnomah County Social Services.

So far, the countdown to the expiration of federal, state and regional eviction protections has exceeded the cash distributed.

The state’s eviction moratorium, in place several times since April 2020, expired on June 30, but tenants have 60 days of protection if they apply for OERAP and submit documents to their landlord. The grace period is 90 days in Multnomah County.

An extended federal moratorium on evictions will end on October 3, although it is expected to face potential legal issues.

In addition, tenants have until February 28, 2022 to repay the rent. The average PARO claim amount is nearly $ 8,000, indicating that many tenants are significantly behind schedule and rely on PARO to reduce rent and utilities, even if they are able to pay their dues. current monthly rent.

Either way, there are little to no protections in place for tenants who can’t pay their rent if they don’t receive approval – and funding – before the moratorium on evictions expires. and grace periods, and many tenants are still unsure of their status.

“I’m hanging out in ‘Am I going to lose my house?’” Bloodgood said.

Oregon has the money to help many tenants like Bloodgood, with a total of $ 280 million in funding approved for OERAP, up from the $ 191.89 million asked by tenants on Aug. 9 – but that helps might not arrive in time.

Many PARO applicants, including those who applied as soon as they could, have yet to hear anything about the status of their application.

“Regarding the processing of applications, the program was officially launched with the portal open to applicants on May 19, and we continue to hear from local administrators about their application (processing) capacity constraints with the higher demand for services and resources that were deployed during COVID, ”McDonnell explained.

Nonprofits and municipal agencies, according to McDonnell, are not equipped to process the number of applications they have received in a fast-paced fashion.

“As an example, a local partner pointed out that during (the) pre-COVID pandemic year, they helped 800 households with rent assistance per year,” McDonnell said. “Over the past year, with new resources, they have served 800 households per month, and with (OERAP) they plan to serve 1,500 per month. Over a year, that’s 18,000.

Oregon Housing & Community Services has “increased its capacity” with nearly 60 employees helping with the processing of OERAP applications, while local administrators continue to add staff to respond to pressures on their systems, according to McDonnell.

Interestingly, Clark County, Washington, a county with nearly half the population of Multnomah County and a fraction of local funding and community organizations, distributed more rent assistance than it did. entire state of Oregon.

Clark County distributed $ 10,995,017 to 1,433 households between March and July 17. On average, 100 households receive assistance per week and approximately $ 750,000 in utility and rent assistance goes to the community.

As of July 19, Clark County has made funds available for 3,700 households representing 50% of the area’s median income (MAI) that have been negatively affected by COVID-19 to receive financial assistance for rentals and services public, including arrears, according to Michael A. Torres, director of the Clark County Community Action, Housing and Development Program.

“We will make additional rental and utility assistance available to the community as soon as our community service providers have the staff and fiscal capacity to provide the assistance, which is the biggest challenge to date. Torres said. “We continue to work with all of our suppliers to help them increase their service capacity as soon as possible. We are currently working with 12 different organizations to provide assistance. The amount of state-funded rental and utility aid paid to the community so far is unprecedented: the figures above represent about 6 times all the rental aid that is normally paid. over the course of a whole year. “

So, in a county with more funding and resources, why is Multnomah’s application process so delayed?

Infrastructure failure appears to play a significant role in OERAP delays, at least according to city agencies. Portland’s systems of housing assistance have not always found a priority within the city’s governing bodies – this is not unrelated to the city’s racist history. At least McDonnell seems to make that connection.

“Historically, there has been no rental assistance and affordable housing options to meet the needs of Oregonians and Americans, especially those of color,” he said.

Before the COVID-19 pandemic, reports from advocacy organizations such as the National Low Income Housing Coalition (NLIHC) estimated that there was only sufficient federal rent assistance to serve about 20% of eligible households.

“We have more work to do, [such as] add surge capacity and speed up rent payments for Oregon residents who have applied for the Oregon Emergency Rental Assistance Program, ”McDonnell said.

But for those who fear impending eviction, like Bloodgood, the government’s self-awareness may not be enough.

“I’m going to be 30 next week, and I’m so grateful for the opportunities I’ve had, but it always escapes me once it happens to this agency that doesn’t work properly,” Bloodgood mentioned. “They need to understand what’s going on.”

Street Roots is an award-winning weekly publication focusing on economic, environmental and social justice issues. The newspaper is sold in Portland, Oregon, by people who are homeless and / or in extreme poverty in order to earn a decent income. Street Roots newspaper operates independently of Street Roots advocacy and is part of the Street Roots organization. Learn more about Street Roots. Support your community newspaper by make a one-time or recurring donation today.