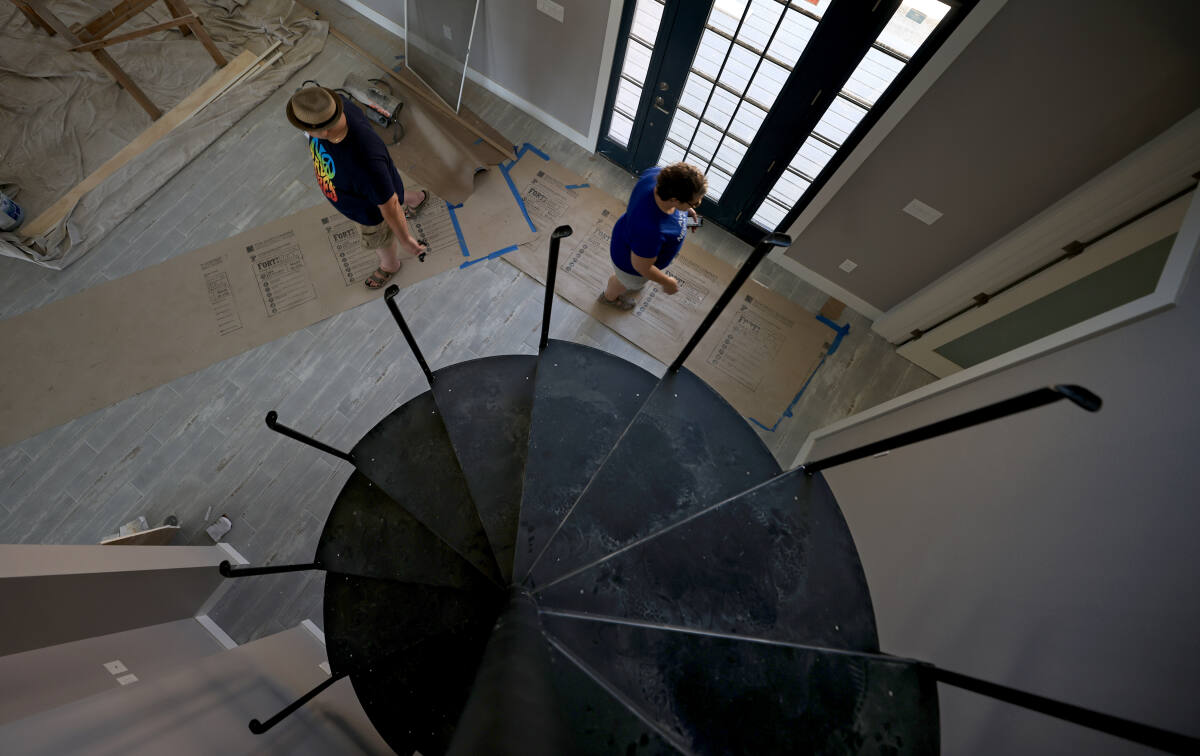 To sue or not to sue?

Agudelo, now 81, moved out two springs later. But the house had many problems. The garage door didn’t extend all the way to the driveway, leaving a gap. Under the house, the pipes had collapsed onto the earth in the crawl space. The fence leaned toward the backyard because its posts were not cemented in place. The list grew longer.

However, once the builder handed over the keys, he stopped responding to Agudelo and his daughter, Adriana Call. The issues were never resolved.

As they consider legal action against the contractor, “I don’t really know what it’s going to cost,” Call said. “It’s not like we can hire a high-end lawyer.”

Whether they sue APB or not, the company now finds itself facing growing legal problems.

Agudelo was one of at least five APB customers who filed complaints against the builder with the Contractors State License Board, which oversees the construction industry in California.

On June 24, Thomas Sager, a supervising special investigator for the Contractors State License Board, referred those five complaints to the attorney general’s office for filing a “charge” to revoke APB’s license.

“This is the most serious enforcement action available to CSLB,” the licensing board explained in a letter to each of these five APB clients.

This 25-page “charge” lists 25 separate “discipline cases.” These include deviating from accepted commercial standards; deviations from plans and specifications; willful and willful disregard of building laws; non-payment of subcontractors; non-payment for materials or services; breaches of contract; and abandonment.

Steven Bates, owner of APB, has 15 working days to file a notice of defense and request a hearing, CSLB spokesman Kevin Durawa said, “otherwise the license may be revoked by default.”

The company’s license is due to expire on August 31, 2022, unless renewed. It’s unclear whether Bates intends to request a hearing: He has not responded to repeated requests for comment.

APB’s website was offline on Friday. A woman who answered the phone at its offices said the company “isn’t building at the moment”, although it “is still doing warranty work and stuff like that”. They still have ongoing projects.

APB explained to Call shortly after her mother moved in that COVID-19 was preventing them from taking care of her “to do list” of work that still needed to be done.

“But they were still working on other houses. I called and told them, ‘It’s not COVID. You are still building. You need to fix this thing.

“But they pretty much dropped the ball.”

Another APB customer who filed a complaint with CSLB was Mary Rogers, who at one point became so infuriated by the builder’s failure to return her calls and emails that she walked into its offices in Guerneville Road out of the blue. There, she says, Bates told her the company couldn’t do any more work on her house because she had filed that complaint.

“I don’t think that’s how it works,” she replied.

Not all dissatisfied APB customers have lodged a complaint against the manufacturer. A year ago, the Press Democrat spoke to 14 disgruntled APB customers, as well as two contractors the automaker hadn’t paid. APB has undertaken 37 Tubbs Fire rebuilds in Santa Rosa, according to Jesse Oswald, the city’s building official, and has also signed a smaller number of contracts for rebuilds outside the city limits.

Don and Debbie Johnson did not file a complaint with the licensing commission, which does not prevent them from suing APB.

After APB completed work on their Coffey Park home in the spring of 2020, the City of Santa Rosa signed the final permit.

To be on the safe side, the Johnsons hired an independent inspector, who found issues the city had missed. When these issues were brought to the building department’s attention, they conducted another inspection, which revealed a list of deficiencies, including problems with floor joists, leveling and drainage. This prompted the city to revoke this last permit until the APB resolves these issues.

It took another two and a half months for APB to do so. Even after the final license was reinstated, Johnson said, “they didn’t fix everything.”

So they take legal action. “They violated their contract and then they just dumped us,” Don said. “We’re asking for a few hundred thousand dollars to fix their bullshit and pay our lawyers’ fees.”

Taking up more space than any other complaint in the charging document is that filed by AG and JG – Angela and John Ghigliazza, who signed with APB after losing their home off Mark West Springs Road. The investigator meticulously lists 49 infractions, ranging from non-payment of the plumbing contractor to installing the spiral staircase upside down, to failing to insulate under a third of the main house.

The Ghigliazzas are now in litigation with APB and declined to comment for this story.

In March, two years and nine months after signing with APB – and only after paying various builders $248,000 to complete the job, following APB’s abandonment of the project – Angela and John and their four sons were finally able to relocate.

Will Turkish workers ease the chaos at German airports? | Germany | In-depth news and reporting from Berlin and beyond | DW