The portal and application were launched to support the strong development of e-commerce in VietnamFinance Minister Ho Duc Phoc said, noting that many big groups like Google have predicted that Vietnam’s digital economy will reach over $52 billion and rank third in ASEAN by 2025.

The portal, http://etaxvn.gdt.gov.vn, makes it easier for foreign suppliers operating on digital platforms in Vietnam to register, file and pay taxes, he said.

Cao Anh Tuan, head of the General Department of Taxation, said that through the portal, foreign suppliers will also learn about Vietnam’s tax laws and policies on e-commerce.

Minister Phoc asked the agency to ensure round-the-clock operation of the portal and application, while working to upgrade services, meeting the demand of foreign suppliers in compliance with tax laws local. 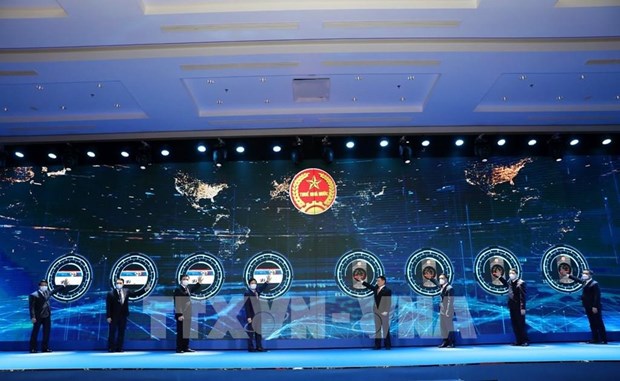 The portal, http://etaxvn.gdt.gov.vn, makes it easier for foreign suppliers operating on digital platforms in Vietnam to register, file and pay taxes. (Photo: VNA)

The State Bank of Vietnam should ask commercial banks to quickly coordinate with the tax sector to implement the services, he said.

According to the Ministry of Finance, tax payments made by foreign suppliers between 2018 and December 2021 exceeded VND 4.4 trillion (USD 192.47 million).