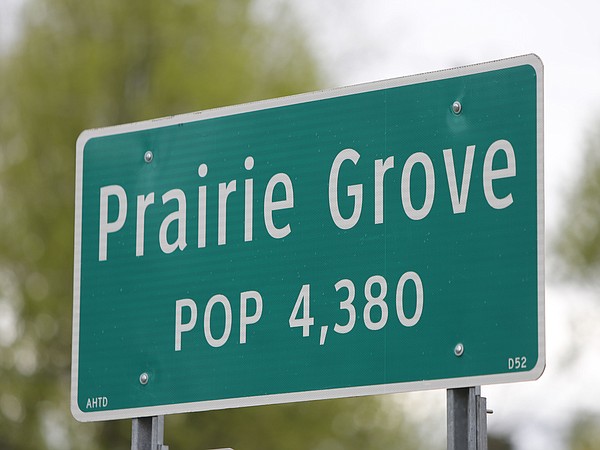 PRAIRIE GROVE — The school board has decided to seek additional legal advice to determine whether there would be a conflict of interest for a board member to work in the district as a substitute teacher through a placement agency.

The board discussed the matter on Tuesday evening, but no action was taken.

Cassie Davis was elected to the Zone 1 position on the Board of Directors on May 24. Davis received 268, or nearly 55% of the vote, and his opponent, Trenton Dunn, received 192 votes. The candidates assume their elective functions as soon as they take the oath.

Davis works for Kelly Services as a substitute teacher in the Prairie Grove School District and said she plans to continue doing so.

Board member Whitney Bryant said she believed it would be impossible for a board member to be impartial while also working in the district and that the board should consider a recommendation from the attorney for school about the situation.

“As board members, we’re here to hire and fire the superintendent and pass a policy, and I think that definitely violates, indirectly violates Arkansas law regarding a person serving on the board and working in the school,” Bryant said.

In a May 27 letter to Superintendent Reba Holmes, school attorney Marshall Ney noted that Arkansas Code Annotated 6-13-616 states that a person elected to the board of trustees of a school district is not eligible for employment in the same district.

Ney said the law does not specifically state that it prohibits the indirect employment of a substitute teacher through a staffing agency, but he felt the law covers that as well.

“The dynamic of a board member overseeing a superintendent, while working under the direction of the district superintendent seems cumbersome and inconsistent with the intent of the General Assembly,” Ney said in the letter.

On Wednesday, Davis said she checked with the school administration before applying and understood that it would not be illegal for her to do both.

She said she also understood that all council members knew about it in advance.

“I would always put the students and the school first,” Davis said. “I’m going to take my seat on the board and carry on with that for now. I got elected, and I think it would be letting people down to walk away.”

Bryant said the board should consider “the spirit of the law,” adding that board members are expected to serve impartially.

Bryant said she welcomes Davis to the board, but thinks she should fill in in other districts, not Prairie Grove. She recommended that the board change its policy manual to remedy the situation and follow Ney’s legal advice.

Not all agree with Bryant.

Shawn Shrum, who did not run for office, said the law was vague on this situation. He said Ney in his letter said he “believes” the statue was intended to cover indirect jobs with the district.

“I think you could call 12 lawyers and get 12 different answers,” Shrum said.

Board member JC Dobbs said Davis had a strong personality.

“I don’t think Cassie will let anyone stop her from doing the right thing,” Dobbs said.

Dobbs acknowledged he had a bias toward Davis since he pressured her to run, but added that she wanted to fill in in the district where her kids go to school.

Holmes said she called Kristin Garner, an attorney for the Arkansas School Board Association, and Garner said it wasn’t something she would recommend. However, Davis would work for Kelley Services, not the school, Garner said.

Garner, reached by phone Wednesday, agreed that Davis was not violating Arkansas law to do both, but said the practice could put a board member in a position where he cannot take a fair or impartial decision.

Based on her concerns, Garner said she would recommend that the district ask Kelly Services not to assign the board member to a replacement in Prairie Grove or else the school board could play a leadership role in adopting a policy that a board member could not substitute for an endowment. agency in the same neighborhood, she said.

Board chair Casie Ruland said: “I think it would be difficult to be impartial.”