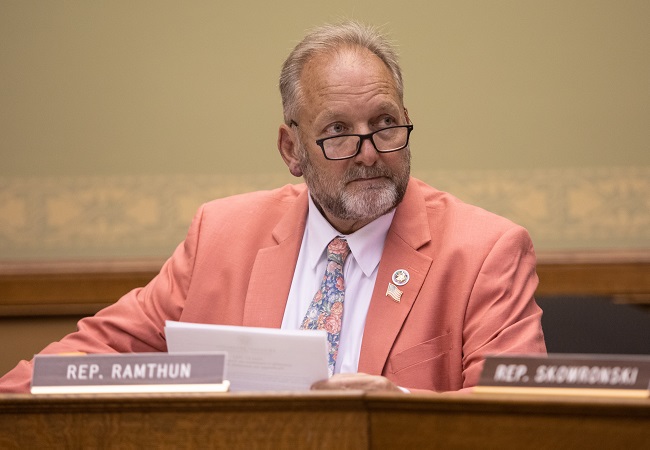 State Rep. Tim Ramthun (R-Campbellsport) on Tuesday began seeking co-sponsors for a bill that would indict Meagan Wolfe, administrator of the Wisconsin Elections Commission (WEC), for “corrupt conduct in her functions”. Ramthun is one of the most right-wing members of the Legislative Assembly and a former Republican gubernatorial candidate who widely ran on a platform of 2020 election denial. The bill is largely a repeat of the many Republican complaints about the administration of the 2020 elections and the WEC itself.

Numerous lawsuits, recounts, audits and reviews have claimed that the 2020 election was won by Joe Biden. government officials, media and others have repeatedly proven that Republican complaints about the 2020 election did not change the outcome.

The 22-page bill includes references to many of the characters and actions that election conspirators focused on as evidence that Wolfe acted wrongly. In some cases, the decision she is accused of having taken corruptly was in fact the responsibility of the six appointed members of the WEC.

The bill highlights the use of mail-in ballot boxes, the acceptance of outside grants by mostly Democratic cities to help with election administration, the six commissioners’ decision to forego sending election aides to the homes of retirement during the COVID-19 pandemic and the use of an online portal to allow mail-in ballot applications as evidence of Wolfe’s corruption.

Wolfe was named the commission’s administrator in February 2018. She was unanimously confirmed to the position by the state Senate in May 2019 after previously serving as the agency’s deputy administrator and chief information officer.

In the wake of Republican conspiracy allegations regarding the 2020 election, Wolfe, the state elections official, has become a regular target. Republican attacks on her have sometimes gotten personal, with Michael Gableman, the former Supreme Court justice investigating the election, often poking fun at her personal appearance.

Despite the attacks, Wolfe has repeatedly insisted that the only way to counter them is to provide Holocaust deniers with accurate information about how the election is going.

Since the 2020 elections, Ramthun has been unable to garner widespread support in the Legislative Assembly for its election legislation. He has spent much of the last year trying to attract co-sponsors for a bill that would overturn the election results – a move legal experts say is impossible and unconstitutional. So far, he’s only managed to sign two other lawmakers, Reps. Janel Brandtjen (R-Menomonee Falls) and Chuck Wichgers (R-Muskego).

Ramthun’s co-sponsorship memo gives lawmakers until Oct. 21 to sign off.

How nonprofits can keep strategy front and center