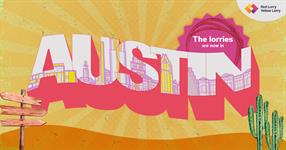 Meredith Eaton, Red Lorry Yellow Lorry’s director for North America, is based in Boston and oversees the company’s Austin office as well as its other US offices in Boston and Los Angeles. The agency also has offices in London, Paris and Berlin.

Sievert and Melendez Ruiz are currently working from home in Austin, but Red Lorry Yellow Lorry has three coworking spaces he is evaluating and hopes to use once the Omicron cases clear up.

“Austin has always been attractive to us because its tech scene is booming and we’re completely focused on technology and innovative brands,” Eaton said. “We meet up there helping South by Southwest customers every year, so it would be nice to have a base there.”

The agency has a growing list of enterprise IT clients, spanning a range of industries including cloud infrastructure, blockchain, martech and cybersecurity. The Austin office will support clients such as CloudReach, Quantum, and LumApps.

In addition to increasing the size of its global team by 58% (46% in the US specifically), the agency won 40 new clients across all regions in 2021. The agency’s US operations accounted for 43 % of those new customers, which include cryptocurrency compliance and intelligence firm Blockchain Intelligence Group, open-source blockchain ecosystem Celo Foundation, and digital identity management provider Imprivata.

“It will be useful to have this time zone in the middle of the country to help support our East and West Coast offices,” Eaton added.

No other office openings are planned for the company, Eaton said.

DHS expands flexibilities for immigration processes due to COVID