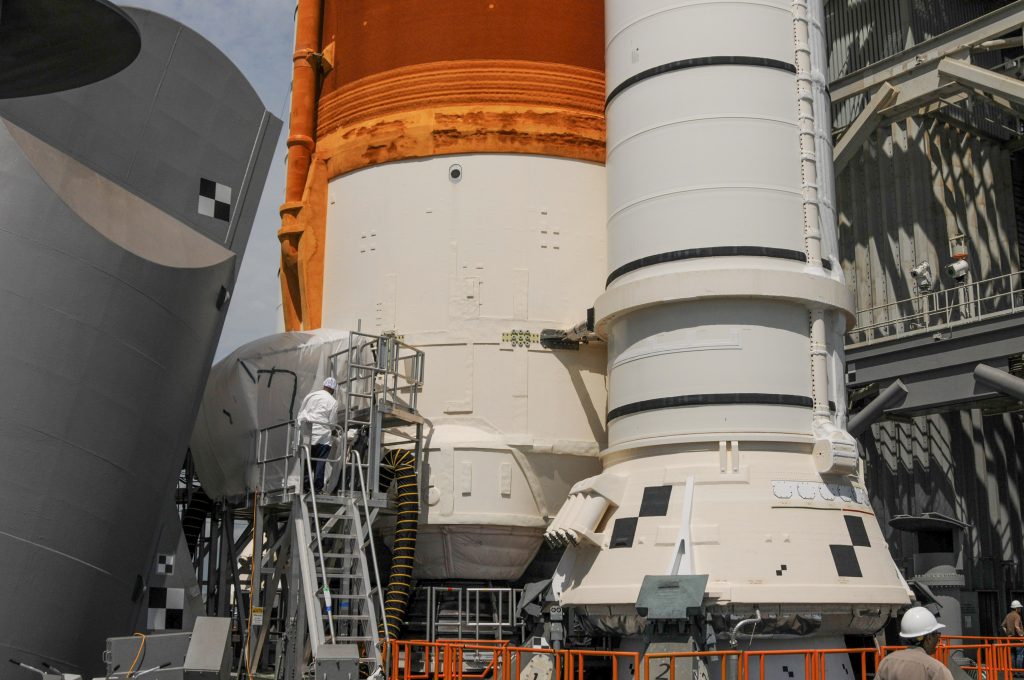 Engineers are making progress in repairing the area where a liquid hydrogen leak was detected during Artemis I launch attempt on September 3, and NASA is preserving options for the next launch opportunity as early as Friday, September 23.

Technicians constructed a tent-like enclosure around the work area to protect equipment and crews from weather and other environmental conditions at Launch Pad 39B. They disconnected the ground-side and rocket-side plates on the interface, called a quick disconnectfor liquid hydrogen fuel supply line, performed initial inspections and began replacing two seals – one surrounding the 8-inch line used to fill and drain liquid hydrogen from the center stage, and another surrounding the 4-inch purge line used to redirect part of the propellant during refueling operations. The SLS rocket and the Orion spacecraft are in good condition while still on the launch pad.

Once the work is complete, the engineers will reconnect the plates and carry out the first tests to evaluate the new joints. Teams will check the new seals under cryogenic or super cold conditions no earlier than September 17, during which the rocket’s core stage and cryogenic propulsion midstage will be charged with liquid oxygen and liquid hydrogen to validate the repair under the conditions he would experience on the launch day. The engineers are in the process of drawing up a complete plan for the crates.

NASA has submitted a request to the Eastern Range for an extension of the current testing requirement for the flight arrest system. NASA follows the lineup processes for reviewing the application, and the agency continues to provide detailed information to support a lineup decision.

In the meantime, NASA is directing the Artemis team to move forward with all necessary preparations for testing, followed by launch, including preparations to ensure an adequate supply of propellants and gases used in operations. refueling, as well as the planning of flight operations for the mission. NASA has requested the following launch opportunities:

NASA teams are preparing internally to support additional dates in case flexibility is required. The agency will assess and adjust launch opportunities and alternative dates based on progress on the pad and to align with other planned activities, including DARTthe planned impact of with an asteroid, the West Coast launch of a government payload and the launch of Crew-5 to the International Space Station.

Listen to a replay of today’s media teleconference on the status of the Artemis I mission. Artemis I is an uncrewed flight test to provide a foundation for human exploration in deep space and demonstrate our commitment and ability to expand human existence to the Moon and beyond.

FCC’s Fabric Challenge process is an important part of getting a good card, the agency says: