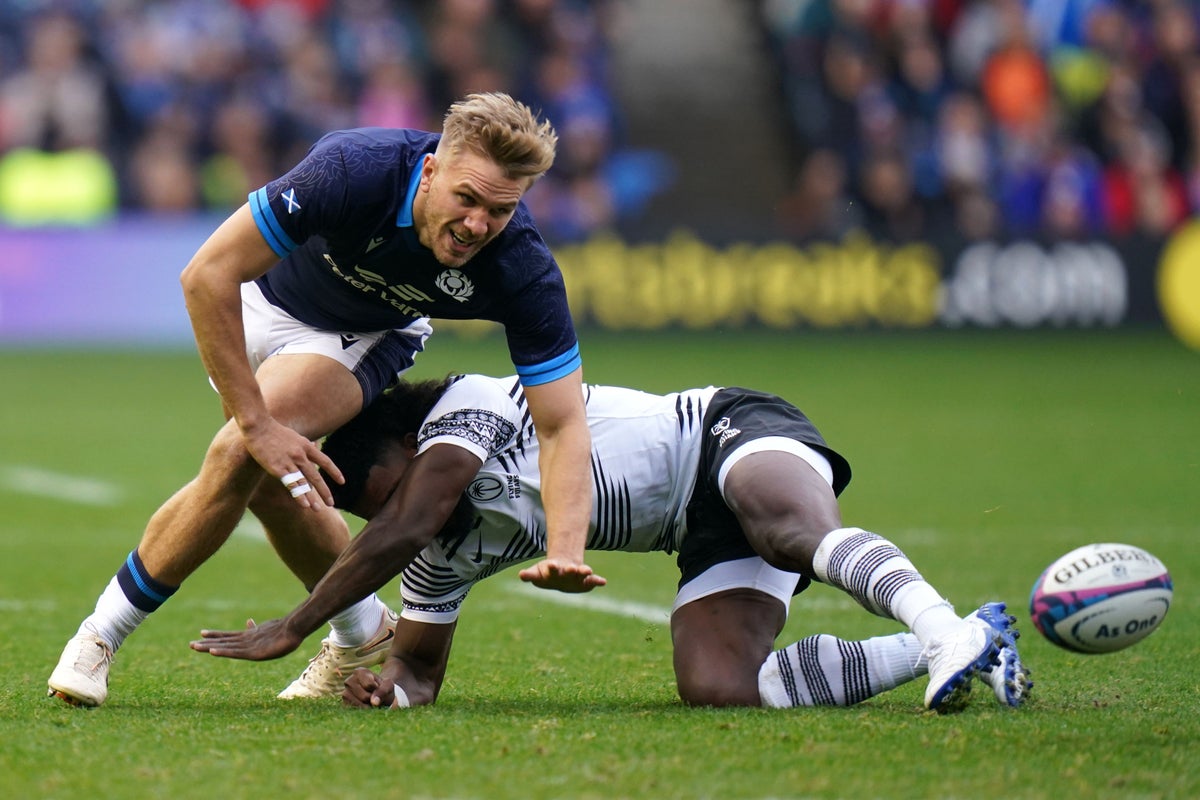 Chris Harris relishes her first crack at New Zealand and swore that Scotland will “throw the kitchen sink over it” as they attempt to make history on Sunday.

The 31-year-old Gloucester center missed the All Blacks’ last meeting, which took place at Murrayfield the week after his national team debut against Samoa in November 2017.

Harris – who hails from Cumbria but qualifies for Scotland through his Edinburgh-born grandmother – would like his first outing against the sport’s most legendary side to coincide with his side’s first-ever victory in the game.

Asked if playing the All Blacks was part of his childhood dreams, Harris said: “Rugby was never a big thing for me growing up. I enjoyed watching it, but it was never something I thought I was about to do professionally, let alone represent Scotland.

“But since I’ve been involved with Scotland it’s the only game I’ve wanted to play in. It obviously doesn’t happen very often and I missed it as we were due to play them on our summer tour and it was canceled due to covid I’m really excited to play against the All Blacks.

“It’s a test that everyone is looking forward to. We’re going to throw the kitchen sink on it, give it a good crack, and see where we’re at.

“It would be crazy if we could win. It would be a historic victory. This is the opportunity for us. We can’t wait to go there. »

Scotland picked up an unconvincing 28-12 win over Fiji last weekend while the All Blacks beat Wales 55-23 in Cardiff. Harris, however, thinks they can close the gap this weekend.

“They will have seen us play against Fiji and it was not our best performance and they put 50 points on Wales so they will be pretty confident that they can come and do a job on us but we are not going to let that happen,” he said.

Scottish supporters were reassured by the return of Finn Russell this week after being left out of the initial squad for the autumn internationals.

Harris revealed that the Racing 92 stalemate has fitted in perfectly since his recall.

“Finn is obviously a quality player and he’s no different than he’s been in previous camps,” Harris said. “He’s pretty cool around the square, but when it comes to training he’s on top and he makes things happen.”