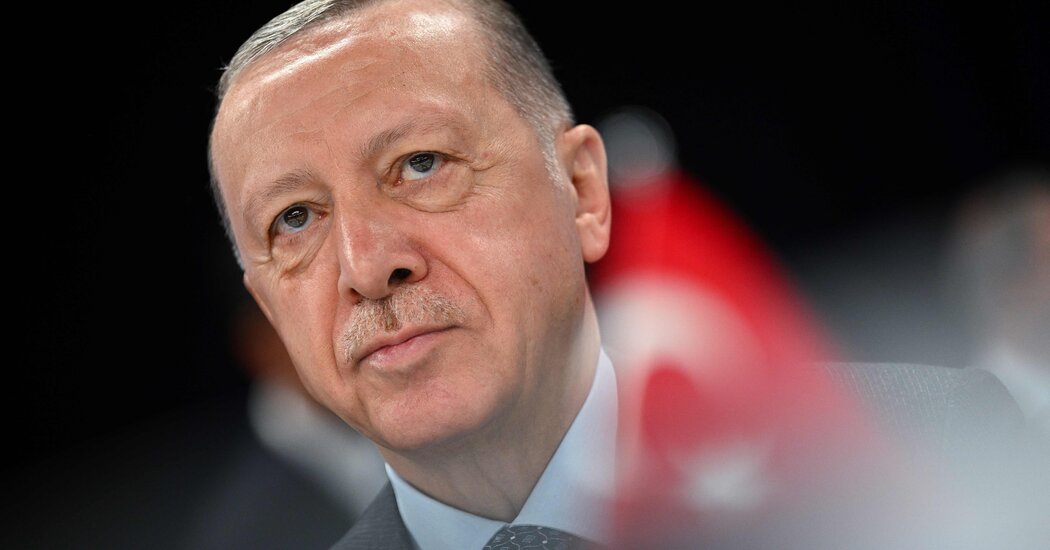 The first person Yana Muravinets tried to persuade to leave her home near the Ukrainian front lines was a young woman who was five months pregnant.

She did not want to abandon her cows, her calf or her dog. She told Ms Muravinets that she had invested energy and money in building her house near the town of Mykolaiv, in southern Ukraine, and was afraid of losing it .

“I said, ‘None of that will be necessary when you’re dead here,'” Ms Muravinets said.

Since the early days of the war, Ms Muravinets, a 27-year-old photographer and videographer from the area, has taken on a new volunteer job with the Red Cross: encouraging people to evacuate. Through phone calls, door-to-door conversations, public speeches in village squares, sometimes even under fire, she tried to convince Ukrainians that leaving everything behind is the only sure way to survive.

Persuading people to abandon everything they have built in their lifetime is one of the many boring jobs created by war, and another challenge authorities have faced. While the city of Mykolaiv managed to repel Russian attacks early in the war, strikes hit it and its region, causing widespread death and destruction. Many residents have left, but hundreds of thousands are still there, and the mayor’s office has urged people to leave.

Ms Muravinets, who has spent thousands of hours in recent months trying to advocate for evacuation, said she was unprepared for the task. She started having panic attacks, she said, but felt she had to keep going.

“The war is not ending and people are still putting themselves in danger,” she said in a Zoom call from Mykolaiv that had to be cut short due to shelling. “If I can convince a person to leave, that’s good enough.”

Boris Shchabelkyi, Disabled Evacuation Coordinator who works alongside Ms Muravinets, describes her as a tireless worker, gentle with the people she has to evacuate and “always in a good mood” with her colleagues.

With the Red Cross, she helped evacuate more than 2,500 people, she says, but many stayed, or returned within days of leaving. It took a month and a half to convince the pregnant young woman to flee, and she only left after the windows of her house were knocked out twice, Ms Muravinets said.

“Especially when it’s safe, people think it’s good and live in a certain illusion,” she said. “They decide not to leave until missiles arrive at their house.”

For two years before the war, Ms. Muravinets worked for Lactalis, a French dairy company with a factory in the region, and she visited farming villages to check the quality of the milk.

Now that many country roads have become treacherous, she has reached remote villages, dodging fires using shortcuts she learned in her previous job. But now she must persuade dairy farmers to give up their livelihoods.

Before the war, she said a cow could cost up to $1,000. Now people take them to slaughterhouses to get meat for a fraction of that.

Ms Muravinets said some farmers who had agreed to evacuate had left the corrals open, so the animals would not starve, and cows, bulls and ducks now roamed the village streets in search of food and of water.

“People who had money, opportunities, cars have already left,” Ms Muravinets said. But others, living in bunkers for months, told him they were ready to die there because they refused to leave.

She said she was staying for the same reason.

“The people who remain are those who are willing to sacrifice their lives.”