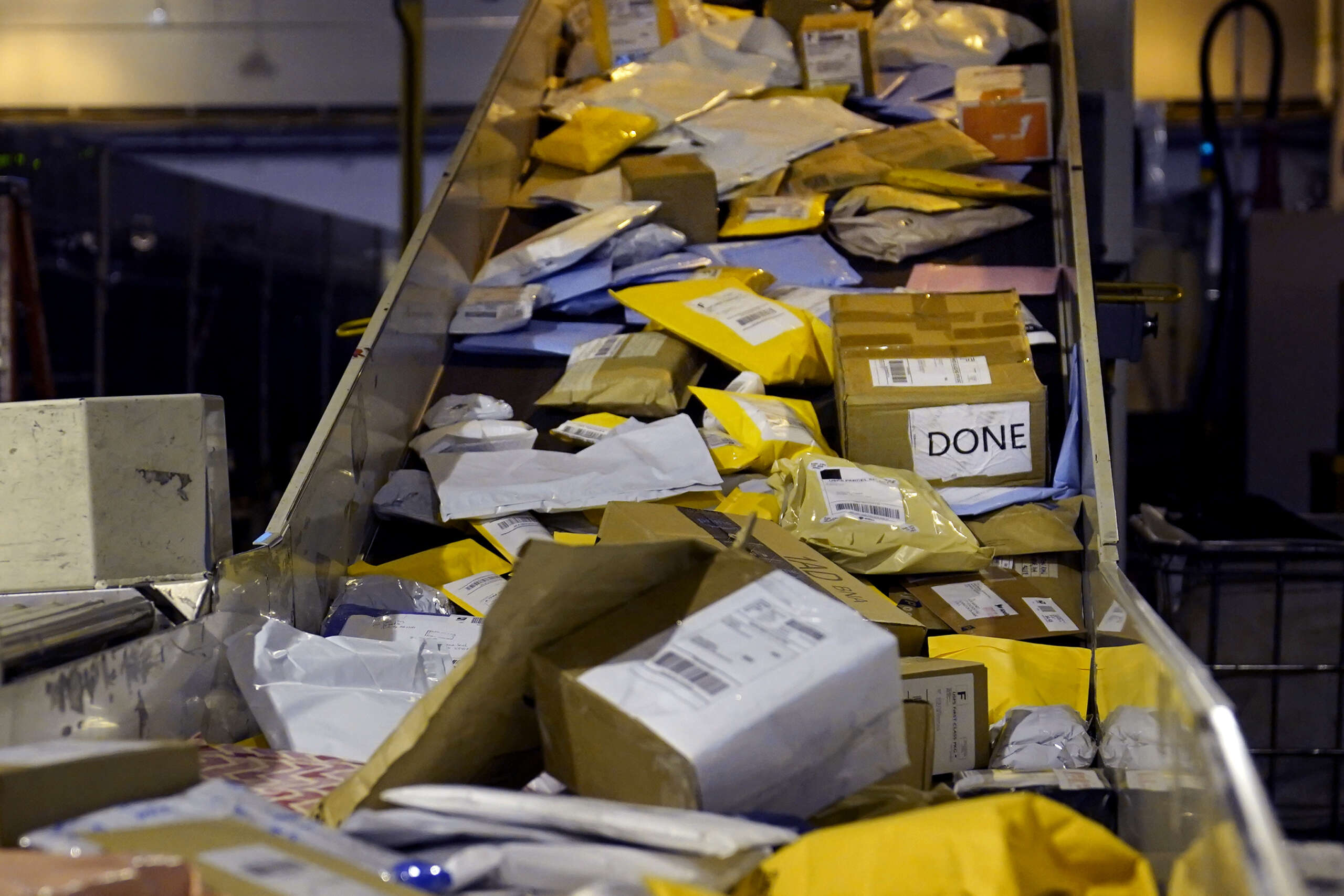 The Postal Service, in its busiest season, is seeing an increase in COVID-19 quarantines among its workforce.

Despite this challenge, USPS data shows the agency provided a significantly higher level of service this year, compared to the widespread mail and package delays it saw in December 2020.

USPS data shows it has delivered over 90% of first-class mail on time so far in the first quarter of fiscal 2022. That’s a significant improvement, from 78, 44% of first class mail delivered on time for the same period. during fiscal year 2021.

The improved performance is a positive sign for USPS management, which has stepped up preparations for its peak operations during the holidays earlier than usual. However, the latest COVID-19 quarantine figures indicate that the USPS will continue to face employee availability issues until 2022.

The American Postal Workers Union (APWU) reports that more than 6,500 USPS employees, as of December 24, were out of work due to infection or exposure to COVID-19. An APWU official told Federal News Network that the numbers mark the highest quarantine rate for the USPS since September of this year.

The current number of employees in quarantine, meanwhile, is less than half that of the USPS in December 2020, when up to 19,000 postal workers were in quarantine.

USPS spokeswoman Darlene Casey said the agency is not commenting on the existence of positive COVID-19 cases from employees in postal facilities or in quarantine, due to privacy concerns.

However, Casey said the USPS “has the resources, including adequate staff at postal facilities across the country, to meet the service needs of our customers during the holiday season.”

APWU data shows total quarantines among the USPS workforce hit a low on June 28, when fewer than 2,600 employees were on leave. These quarantines, however, exceeded 3,200 by the end of July.

For context, the current number of USPS employees to be quarantined is barely 1% of the agency’s total workforce of 644,000 people. However, Postmaster General Louis DeJoy and other senior USPS officials cited employee availability as a major concern for much of the pandemic.

In response to last year’s mail and package delays, USPS has started preparing for its peak holiday season this summer, earlier than it would normally begin preparations.

USPS has converted more than 63,000 employees from pre-career to career positions, with the goal of reducing workforce turnover, and has hired more than 185,000 employees since the start of the previous fiscal year, including 40,000 seasonal hires.

“In a year when the COVID-19 pandemic has been so devastating for the country, the Postal Service has delivered to the public in every community,” DeJoy said in a brief speech Monday before ringing the opening bell on the stock exchange of the Nasdaq.

The Postal Service, as an independent agency, is not subject to the Biden administration’s vaccine requirements for the federal workforce.

It is, however, subject to the Occupational Safety and Health Administration (OSHA) Temporary Emergency COVID-19 Vaccination Standard (ETS), which requires all employers with 100 or more employees to ensure that their workforce is fully vaccinated or at least one negative test. once a week.

The Supreme Court will hear oral argument on January 7 to determine whether the Biden administration can proceed with OSHA’s vaccination mandate, the Associated Press reports.

OSHA has said the vaccination mandate will take effect Jan.10, while the deadline for testing is Feb.9. OSHA, in a statement posted on its website, said it would not issue citations before those dates using reasonable, good faith efforts to comply with the standard.

As USPS demonstrates higher level of punctuality, recent report from its Inspector General reveals agency is not making the most of a new system to provide near real-time data on mail delays and the conditions at its processing facilities. .

A USPS OIG report earlier this month found that the management of the fulfillment and distribution centers (P&DC) it examined were not using the USPS data dashboard as intended.

USPS implemented the Mail Status Visualization (MCV) system in January 2019 to provide near real-time visibility of mail conditions at processing facilities. The system determines how much late mail there is at any centered processing based on scans of each piece of mail entering the facility and when it leaves the facility en route to a post office.

The IG report, however, found that a significant volume of mail had not received outbound scanning at the fulfillment centers it audited, resulting in the MCV system showing a much higher mail inventory. behind schedule, compared to the daily mail inventory that this management processing center carried out each day by hand.

The USPS IG audit found that, for example, a processing plant in Raleigh, North Carolina, over-reported overdue mail inventory by more than 92% in a five-day workweek in June, while A Denver, Colo. processing center reported 88 percent late mail.

“As a result, P&DC management could not rely on the data to determine if there were actual delayed mail conditions in the facility and did not use the MCV data to measure their performance and take operational decisions, ”the report says.

The USPS OIG found that fulfillment center management “did not know the causes of the high amounts of delayed inventory reported in the MCV system because they did not fully understand how delayed inventories were calculated.”

USPS IG found that the management of eight fulfillment centers “was more concerned that mail was actually delayed and stayed on the workroom floor,” and was performing a daily manual count of delayed mail to obtain an accurate report. more accurate representation of mail conditions in their facilities.

An additional 19 processing centers told the USPS OIG that they were also performing daily late mail counts “because they found the data in the MCV system to be unreliable.”

“As a result, P&DC management could not rely on the data to determine if there were actual delayed mail conditions in the facility and did not use the MCV data to measure their performance and take operational decisions, ”the report says.

USPS IG has said the daily delayed mail counts are supposed to end when the MCV system launches. The USPS estimates that this process takes an average of three hours per day per installation. It has been estimated that eliminating these manual controls would save $ 9.4 million in FY2020 and $ 9.6 million in FY2021.

“Since P&DC management still relies on daily late mail counts, the expected savings in labor hours are not fully realized,” the IG said.

The IG report recommends that the USPS provide additional mail status viewing training to local processing management on how to use the system to “identify the root causes of inventory backlog in order to provide a more precise representation of the mail conditions in the establishment ”.

USPS vice president of process and maintenance operations Mike Barber, however, said USPS leadership did not agree with all of the report’s recommendations, as well as some of its recommendations. affirmations.

“The USPS does not agree with the assertion that management did not fully understand or use the delayed inventory data. There was no supporting document in the verification for the determination. Plant managers and division managers understand the data and the limitations. Plant managers make the decisions necessary to protect the service, ”Barber wrote.