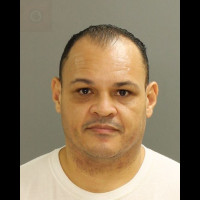 Verdict: Man guilty of all counts of child rape in Lancaster City

A man was recently found guilty in Lancaster County Court of all counts relating to the rape of a pre-teen about 15 years ago.

Pablo Cotto-Martinez, 47, of Guayama, Puerto Rico, was convicted on all six counts, including rape of a child, lawful sexual assault, sexual assault, unlawful contact with minors , corruption of minors and incest on 17 February.

The incident took place in the 600 block of South Prince Street when the accused was around 32 years old and the victim was around five years old.

Charges were filed on February 5, 2020, and Cotto-Martinez was arrested in Puerto Rico on February 10, 2020 before being brought to Lancaster for trial.

Lancaster City Police Department Detective Heather Halstead filed the complaint after conducting an interview in January 2020 with the child victim, who reported the offence.

The jury deliberated for approximately 40 minutes after hearing evidence and testimony presented by Assistant District Attorney Karen Mansfield and defense attorney throughout the two-day trial.

Lancaster County Judge Jeffery Wright presided over the trial and will determine the sentence.