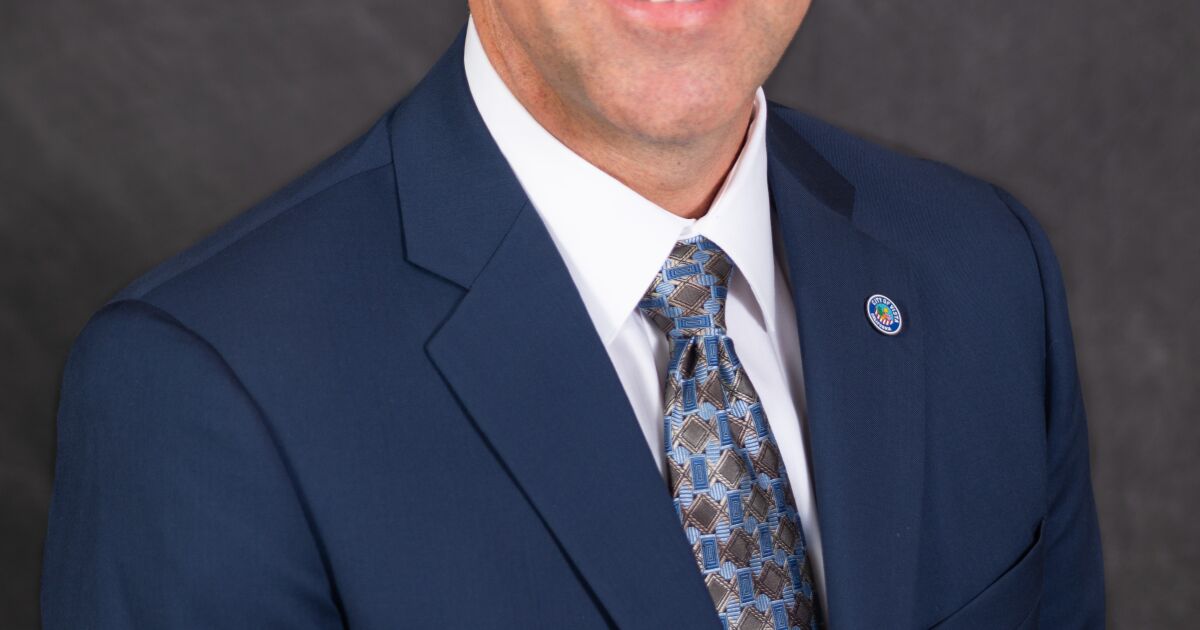 City manager Patrick Johnson has ‘involuntarily resigned’ from the post he held at Vista for 11 years over a new policy he says limits his ability to manage, and the city council has appointed deputy manager Amanda Lee as acting replacement during their October 25 meeting. .

At a special meeting on August 30, council members voted to change the city’s policy on hiring department managers, which had traditionally been handled by the city manager. Under the proposed change, the city manager would still have the final say in hiring the heads of 11 departments, but the list of possible hires would come from recommendations selected by a hiring committee and hires would be made in consultation and agreement with an advice. majority.

The council held a second reading of the policy on September 13, which passed 4-1 with Mayor Judy Ritter dissenting. A public workshop was held on October 27 to develop the policy, in Ritter’s absence, and board members agreed to move forward with the new policy, but without the requirement for oversight from the advice when hiring.

“This was a fundamental change in the position and authority of the city manager by removing my ability to build and manage an effective leadership team,” Johnson wrote in his Oct. 13 resignation letter. “I have informed you in advance that this action will be taken against my will and will result in my involuntary resignation as City Manager.”

The city’s fire chief, Ned Vander Pol, in office since October 2019, also resigned and is expected to step down on Thursday. His resignation letter was not available Tuesday.

The proposal was introduced by council member Joe Green, who touted it as a way to make the hiring process more inclusive, and was supported by city council members Corinna Contreras and Katie Melendez at its premiere. audience.

Mayor Judy Ritter predicted at the Aug. 30 meeting that the change in policy would lead to Johnson’s resignation.

“I believe this will be the end of a well-run city, and if it passes, it will be a very sad day for Vista,” she said ahead of the vote on the policy, which passed 3-2. during his initial hearing.

Councilman John Franklin joined Ritter in opposing the policy on August 30 and said he was swayed by the mayor’s argument that it would give the city council too much power. Ritter had called the proposal “short-sighted and selfish” and said it could result in department heads being more loyal to council members than serving the best interests of the city.

Green praised Johnson when presenting the policy and said it would protect the city manager from possible liability resulting from the hirings.

“I think our current city manager is a great city manager,” he said. “I think he is doing a fantastic job. And I would like him to help in some way to evolve this policy in the city which I think includes a lot more of our citizens and stakeholders in hiring positions. very important.

Green also said, “I’m in no way trying to take away the authority of the city manager.”

Johnson saw things differently and wrote that there were unwanted changes to his job that were inconsistent with the contract he accepted when he was hired.

Council members did not criticize Johnson at the August 30 meeting, but hinted that incidents behind the scenes led to the change in policy.

“If you look at our administrators, I think as a city we’ve done a good job, but I don’t believe we’re doing our best,” Contreras said.

Contreras saw the policy change as a way to make the process more inclusive, which could lead to more managers who would better serve the city’s many Spanish speakers.

“We can definitely do better to meet and exceed the expectations the public has of this organization and the city,” she said. “I’ve been here almost four years and I wish I could say I’ve seen progress in the way the system is in terms of hiring our managers and managing my colleagues here in the city. But I don’t think I’ve seen the kind of progress needed.

Melendez said the policy change did not reflect Johnson’s performance.

“This change does not mean that our city manager is not performing his role adequately,” she said. “He is looking to reinvent his role into one that is more accountable to the public and better for the employees who work for this public body as a whole.”

There were, however, some hints of dissatisfaction with the city manager. Green said the policy change was prompted by feedback he heard from stakeholders, different organizations and city employees. He also said the change would help board members stay informed of vacancies and new hires in departments.

“I’m sick of being caught off guard with stuff,” he said.

During the public comment portion of the meeting, former city council members John Aguilera and Frank Lopez spoke against the proposal. Lopez said that would create problems within the city and that the city manager should be the person fully responsible for hiring.

Aguilera said the council did not have to take on the city manager’s responsibilities and said the policy would open up the city to being run by special interests.

On Tuesday, Green said in a text message that he was very disappointed with Johnson’s decision to step down.

“While it seems the narrative was that the city council wanted to oversee the hiring process, our advice was very clear we just wanted to make sure that a standard hiring policy was used,” he said. he writes.

“This new policy will ensure transparency, collaboration and inclusion of our staff and citizens in the hiring of these important positions that oversee 299 city employees,” he continued. “Our new hiring policy includes a stakeholder hiring committee that will refer two-thirds of the best candidates to the city manager. Each panel is specially designed for the director position to be filled. After the hiring committees’ final recommendations, the city manager will make the sole decision on new hires, as has been city policy since the cities incorporation.

“We are excited to begin the interview process for our new City Manager following the swearing in of the newly elected at our December Council meeting. On November 4, we begin our search for our new fire chief and we look forward to seeing this policy and process in action. We wish Patrick Johnson good luck and appreciate his 24 years of loyal service to our city. »

In his resignation letter, Johnson wrote that his contract entitled him to severance pay of up to 12 months base salary, as his resignation was made following unwanted changes to his job.

Lee worked in the city for a decade, starting as an assistant city clerk before becoming a management analyst and later director of city housing programs. She was appointed assistant to the general manager in 2019 before becoming deputy director in May 2021.