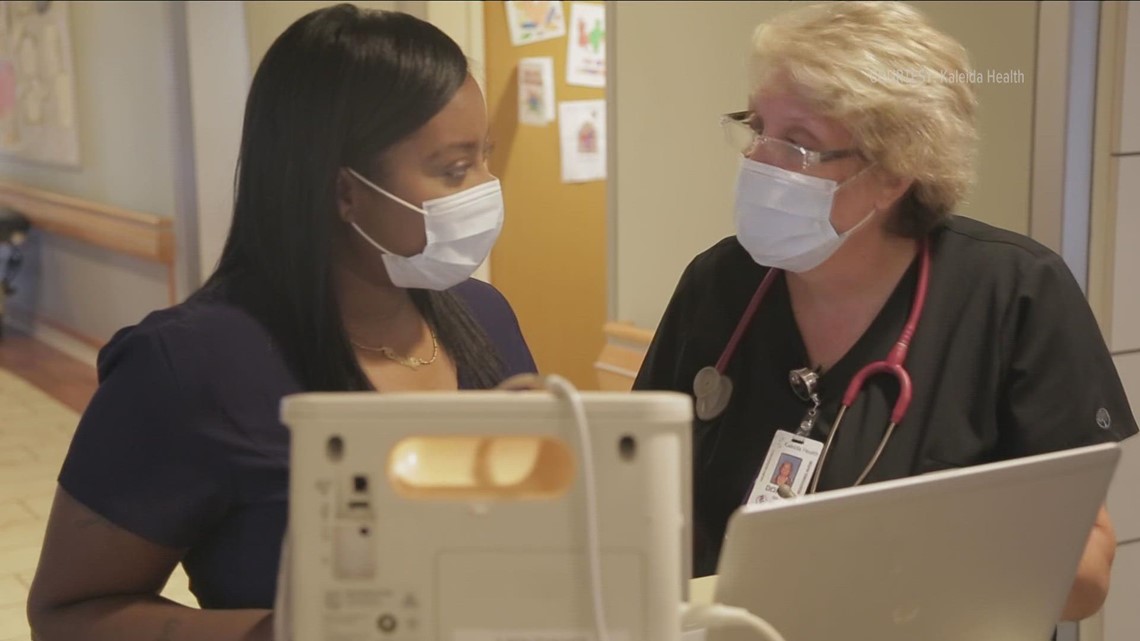 With a new contract in place, Kaleida Health and the unions will hire

It was the longest and most contentious period of bargaining in recent history, but union leaders and Kaleida say they have a common goal.

BUFFALO, NY – Unionized workers at Kaleida Health have officially settled on a new three-year contract after six months of negotiation.

It was the longest and most contentious period of bargaining in recent history, but the union leadership and Kaleida say their common goal now is to hire.

Both parties admit filling existing vacancies and 500 additional jobs included in their new employment contract will not be easy. The tight labor market has had a particular impact in the area of ​​health care.

“People are going to say we already have 1,000 openings and you’re just adding another 500, but that’s work we need to do,” said 1199 SEIU Vice President James Scordato.

The contract covers more than 6,000 workers, and all, regardless of their position, will receive a minimum wage increase of 12% retroactive to June 1. The labor agreement will expire on May 31, 2025.

Current staff will be eligible for daily incentive bonuses. There are also bonuses for long-term employees and workers who take weekend shifts. Union leaders say the contract aims to limit the use of agency and travel nurses, which can be costly for healthcare companies but necessary in a pinch.

“Last year [Kaleida] spent $100 million on agency staff, and I think everyone and Kaleida Health are in agreement, if we’re going to spend that money, we want to spend it on our current employees,” Scordato said.

Variable staffing ratios depending on the department have also been agreed to in the working agreement, but will depend on hiring. Nurses have complained of caring for 10 patients at a time amid staff shortages.

Two new union positions will also be created to ensure that these ratios are respected. State hospitals are still adjusting to new legislation that sets minimum staffing levels.

One of the hopes for hiring is that with the main health care contract in Western New York, new employees or old employees will be more encouraged to return.

“It’s not going to be easy and it’s going to take time. You know healthcare is going through a massive transformation, there’s been an awful lot of resignations and retirements. People who have left for travel opportunities, we have started to see some of these workers coming back, but we have to get more aggressive,” Hughes said.

CWA Local 1168 President Cori Gambini said that overall the response to ratifying the contract has been positive, but they recognize that not everyone will be happy with every aspect. They hope to have further discussions with members to determine what leadership may have missed and adapted for the next bargain in 2025.

She said building a relationship with Kaleida will be key to that future, and she’s encouraged by their starting point. The two sides are already planning to meet next week to discuss hiring plans like how to attract students and recent graduates.

“I think after a lot of discussions, negotiations and language that we put in the contract, we can just build a very professional relationship because our goal is exactly the same, it’s to take care of our patients, Gambini said.